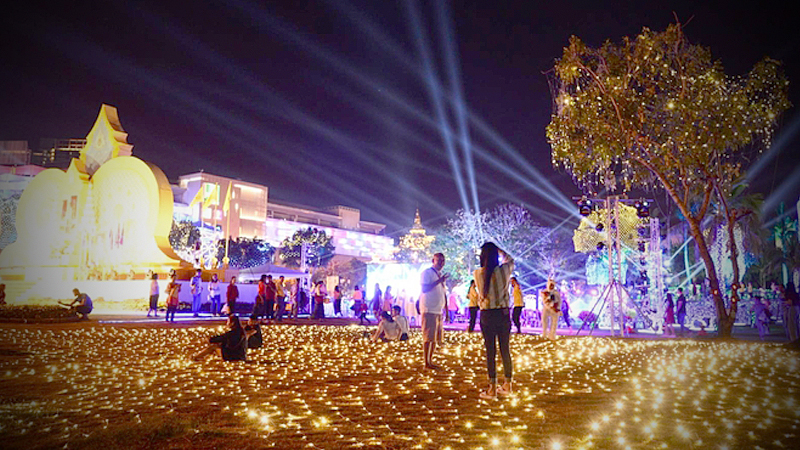 Mini Krathongs, candles and incense sticks have been set out for those wanting to pay their respects to the Monarch in front of his royal image and visitors can also enjoy a performance telling the story of Phra Suthon Manora . 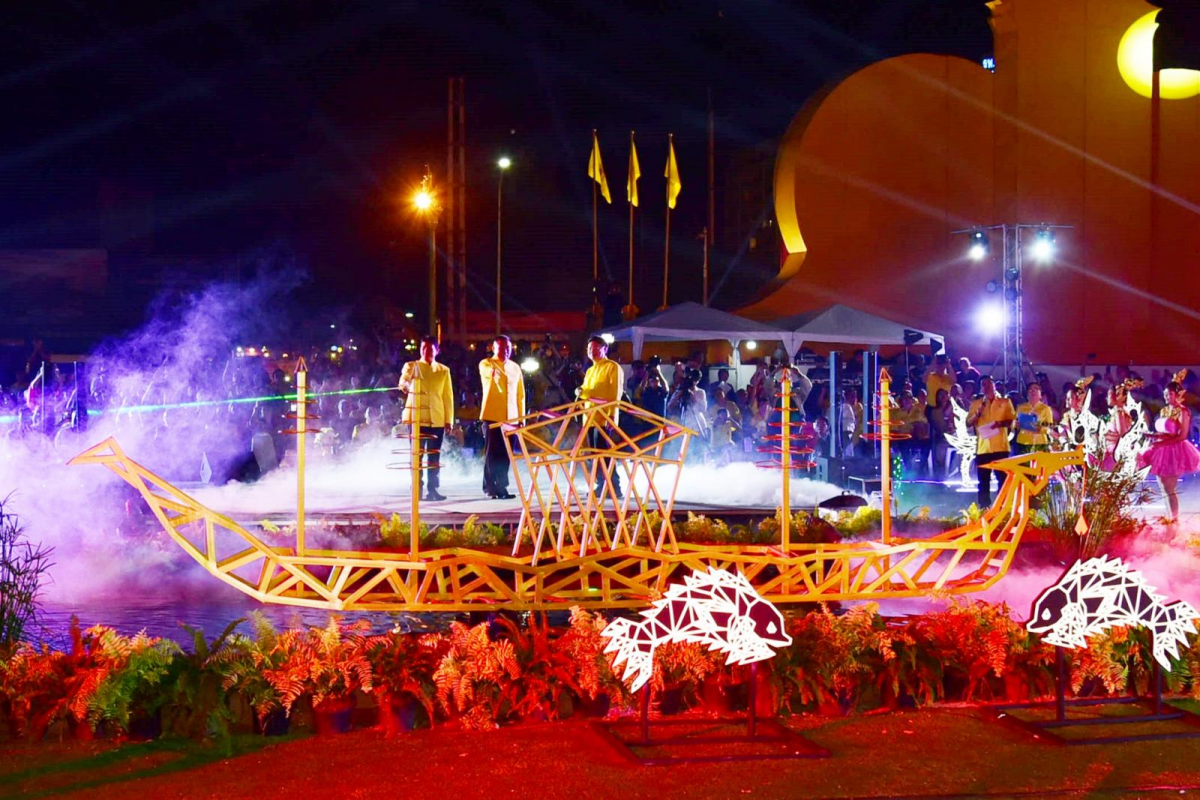 The illuminations will be on every night through December 31. More than a million sparkling lights are spread over 5 zones: Thepdanthip [God in the heaven]; Thaloengsok Amnuay Chai [blessing for the new beginning]; Chalerm Chat Sanosorn [All glory to the king]; Russamee Dara Shai [Radius of starlight]; and Pok Kset Pracha [The protector of people]; with lighting design shows in three colours of 30-minutes duration taking place at 7.30, 8.30 and 9.30 pm. Visitors can also feast on food and drinks and shop for DIY products and hand-made items. 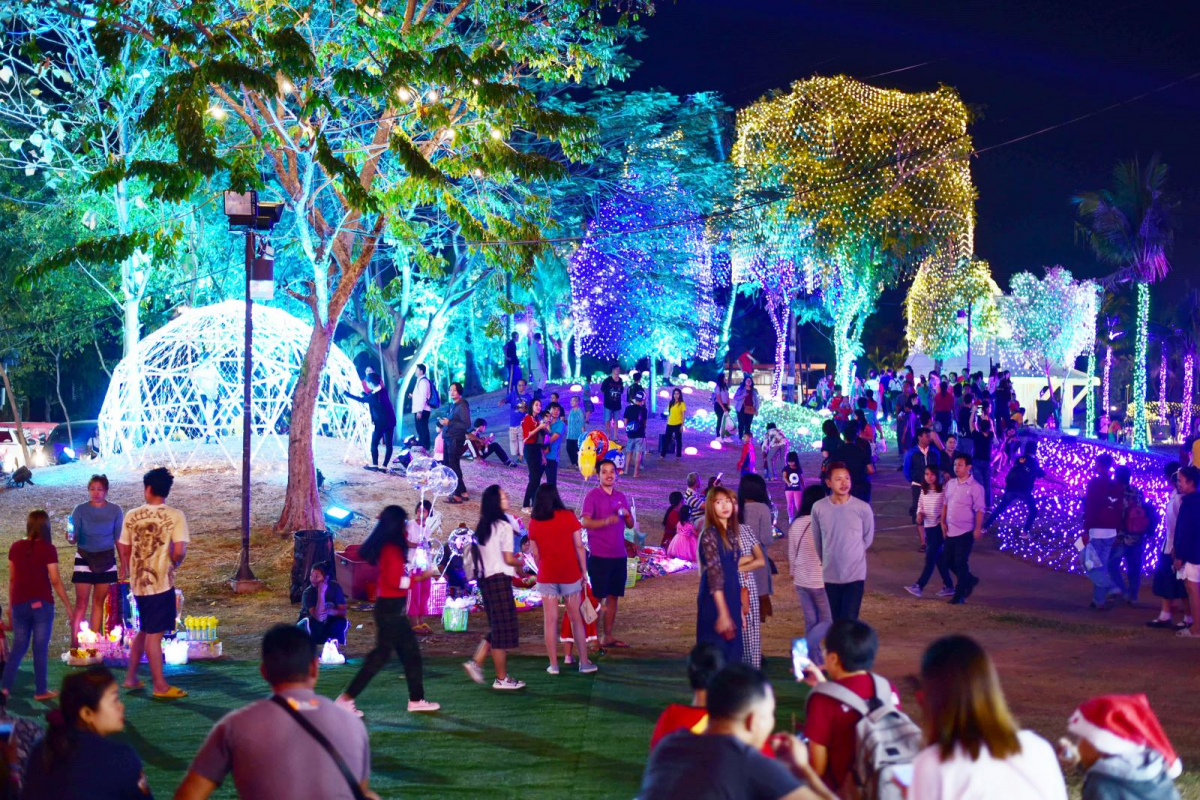 On New Year’s Eve, all are invited to join the Khon Kaen Countdown 2020 on the theme “Celebrating 222 Years of Khon Kaen” featuring concerts by Big Ass, Lomosonic, Tattoo Color, Greasy Cafe, DCNXTR, along with folk songs, and art performances at the central stage at Srichan Road. The celebrations will end with an alms giving ceremony on January 1 at the Khon Kaen City Pillar Shrine. 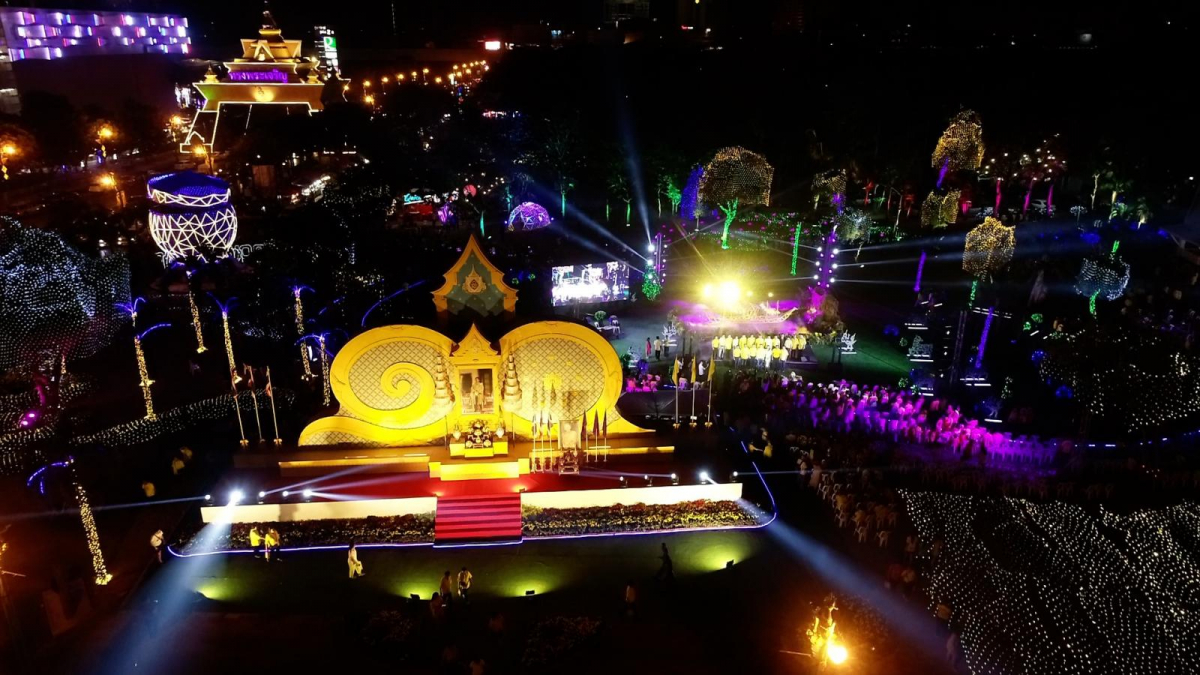 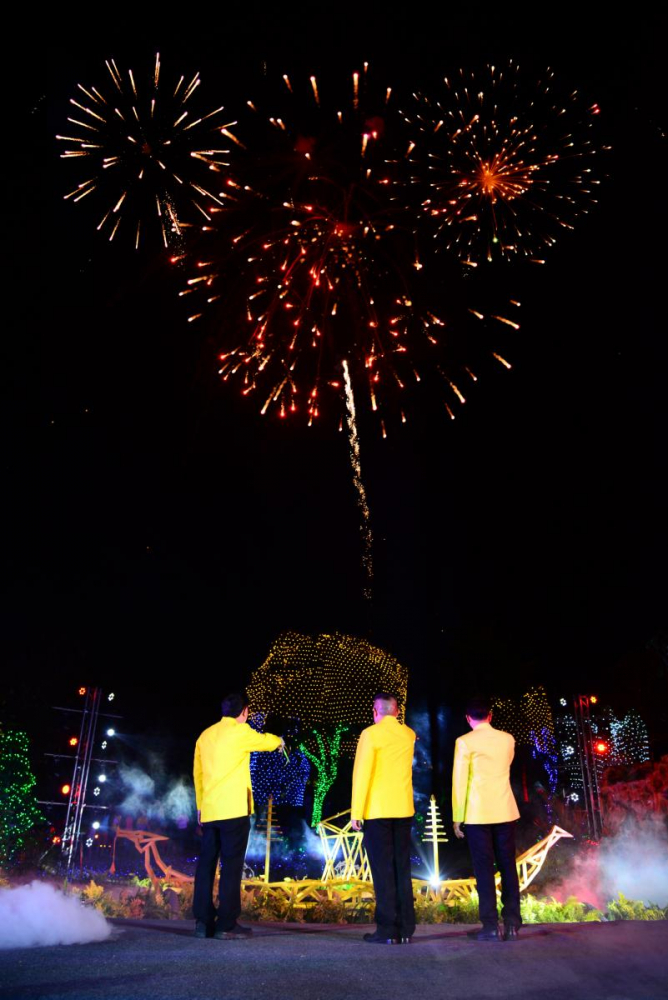