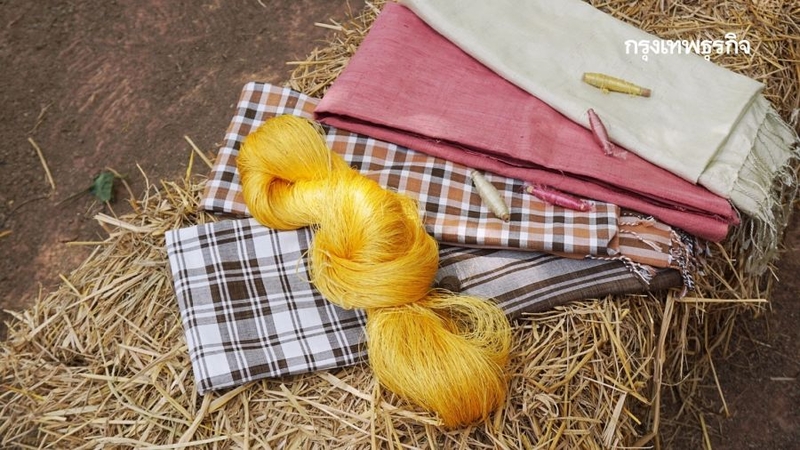 Fashion fabrics may come and go, but “Thai traditional fabric” has an enduring quality about it.

It looks chic on its own, irrespective of whether it is mixed and matched with another fabric. With changing times, the design and cutting of Thai clothes have also been modernised to suit the tastes of teenagers and working people. In olden days, the northern cities were famous for weaving and there was weaving by tribes living on mountain tops. Today, northeastern-style woven fabrics are equally trendy too.

When did Thai people learn to weave?

There is no clear evidence of the origins of weaving in Thailand. It could be said that “weaving” is one of the oldest of arts and crafts that ancient humans seem to have had from prehistoric times.

Going back about 7,000-8,000 years in the prehistoric era, it was found that the ancient humans had decorated terracotta pots with rope marks and gauze marks at Ban Chiang in Udon Thani province. Therefore, it is assumed that humans must have known how to make ropes and nets by using fibrous plants to slit into ropes and then tied the ropes or knitted them into a net, which possibly developed into a simple technique of weaving: a rope is tied to the wood or is held up as a standing thread, then another rope is dashed against the thread of the warp until it becomes a rough sackcloth.

Another important archaeological evidence in the Ban Chiang area is the bronze bracelets. They are rusty but show evidence of a piece of cloth stuck to the rust stains. Scientists explain that rust is a corrosive metal but fabric has preservation qualities. A spindle whorl, a simple spinning device with an engraved roller, for making patterns are also seen. Therefore, it can be assumed that humans who lived in Ban Chiang around 5,000 years ago knew thread spinning, weaving, dyeing and printing patterns on the fabric as well.

Thai people traditionally knew the art of weaving cloth for making clothes at home by using simple weaving tools using the most natural technique in the world -- tying a warp thread to one finger and then using the other hand knitted with other thread; some may use a needle or bone to help. This method is called finger weaving, which produces a narrow and long fabric, such as a sash that can be sewn into clothing.

Looms are found to have been used by Thai people only during the reign of King Rama VI. Chinese people who lived in the Sampeng region imported them into Thailand in order to weave more quantities for sale to the townspeople. However, many are still weaving with looms.

Later, in 1935, the Ministry of Defence established a textile factory for military use, known as the “Siam Cotton Factory”, to produce clothing and cotton wool for the military. Orders were placed with foreign suppliers for textile and cotton machinery, marking the beginning of the weaving industry. The machine produced a large quantity of fabric without patterns in traditional fabric and the textile weaving industry in Thailand expanded greatly. Thailand was able to export a large number of machine-made textiles every year, but at the same time the patterns and methods of weaving using Thai wisdom gradually faded away.

The present era is a flourishing phase for "Thai fabric", both hand-woven cotton and hand-woven silk due to the revival of the hand-weaving method. Thai fabric patterns of the olden days have come back to life to meet the lifestyles of people of the modern people who are valuing Thai fabrics, especially in the northeastern region, where many agencies have helped to spotlight the northeastern woven fabric. People who love and admire "Thai fabric", should not miss seeing the northeastern-style handwoven fabric that is a result of traditional wisdom and skill. Moreover, these are handmade products at almost every step, whether it be raising silk, making silk threads, dyeing them, and selling it at a good price, which can generate additional income for the villagers.

There are three places on the Khon Kaen-Udon Thani travel route we would like to recommend on the "Isaan Weaving" trail: 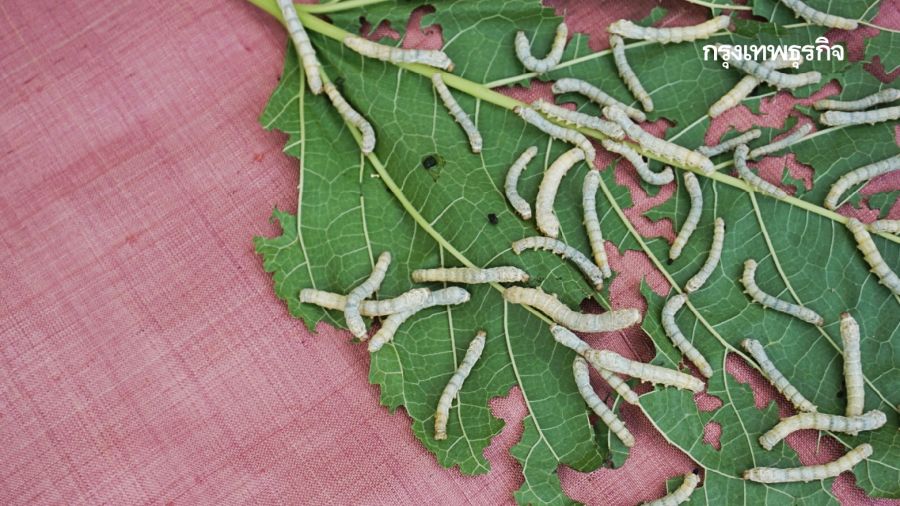 These are groups of villagers who engage in silk-weaving by hand, which is sold on a pre-order basis. Suthat Saen-Ong-ard said that the silkworm weaving was founded in 2015. There are 28 members and the name Mai Tah Tee Mae Tho [Pure silk of Mother Weaving] was chosen to indicate pride in the older generation who taught them to make silk. The traditional silk-mulberry cultivation methods and the high quality are still maintained.

Silk threads are produced from silkworms, which raise themselves, and can have a 100 per cent natural dyeing from fruit peels and leaves such as ebony, neem, eucalyptus, and shellac, cultivated in homes and within the community. Aside from seeing the pure silk that the villagers make, they also make silk threads, dye their own colours and weave. Tourists can walk around to see how different kinds of plants are chosen for different colours by the villagers for dyeing the silk threads as well as learn the way of folk wisdom.

This group focuses on natural plain silk. Each colour is different and depends on nature. Sometimes, even though the same bark is used for dyeing, it may acquire a different shade -- the only colour of silk in the world. The unique colour of the silk here is a “sugarcane leaf” shade, which produces a light greenish-yellow colour. 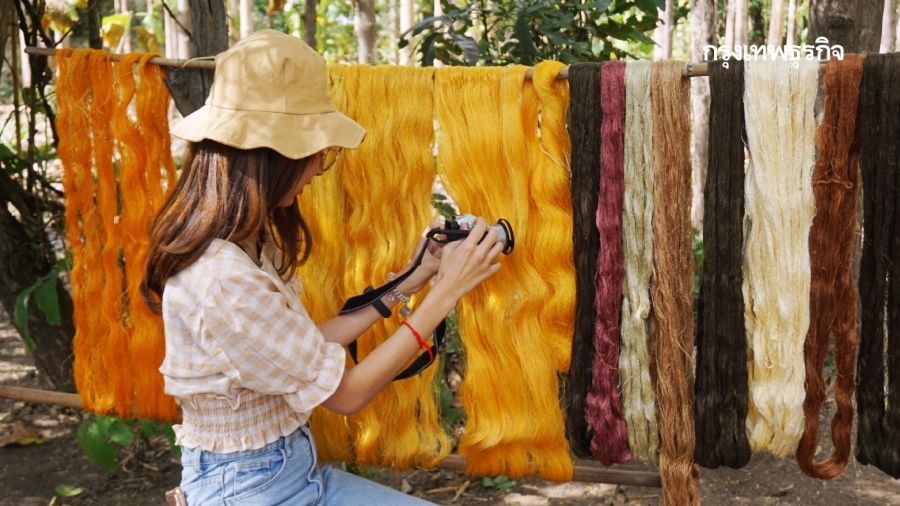 Next, take a trip to the Ban Chiang community, located in the Ban Daeng subdistrict in the Phibun Rak district of Udon Thani province. The people in this area are of Tai Phuan descent, an ethnic group that wears unique and distinct clothing, who bring the wisdom of their ancestors to continue to create valuable workpieces. With the creation of patterns from prehistoric pottery, there are many other ancient patterns. Tai Phuan fabric patterns are different from other local tribal tapestries. 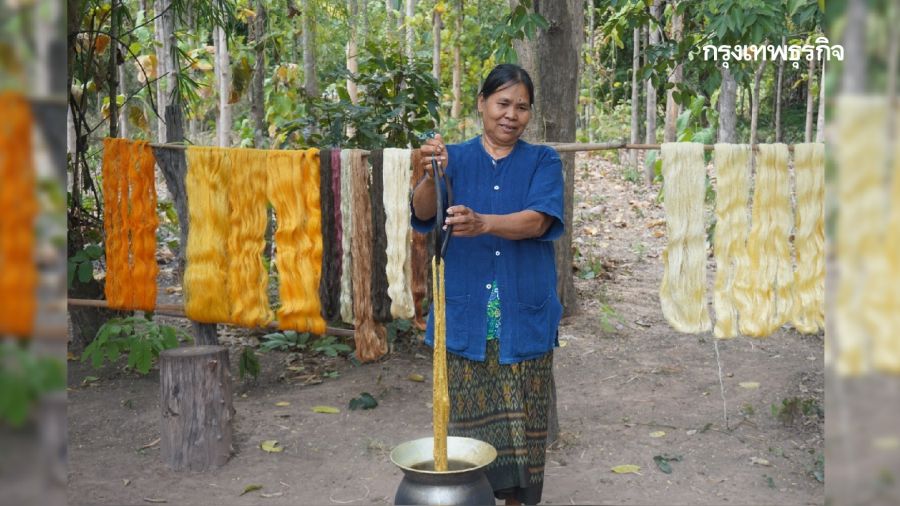 A group of Ban Chiang native women have been engaged in weaving since 1971. Some 30-50 women inherited the ancient weaving loom but changed to use modern weaving loops, which makes weaving faster and more convenient. Cotton thread is used for weaving, which is dyed in indigo to give it a bright blue colour. In the village, there are indigo dyeing workshops and a shop for selling products. 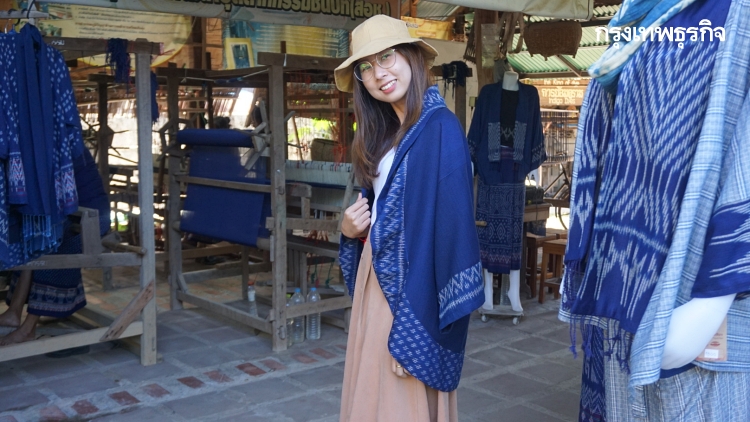 In the past, the villagers made indigo dyeing cotton clothes only to be worn within the village. Later they began to learn to make patterns with the process of Mudmee, or Ikat Fabric, in various designs using their imagination. Indigo-dyed cotton made in Ban Chiang is widely popular in Thailand, creating jobs, income and careers for villagers and also Ban Chiang's reputation for weaving. 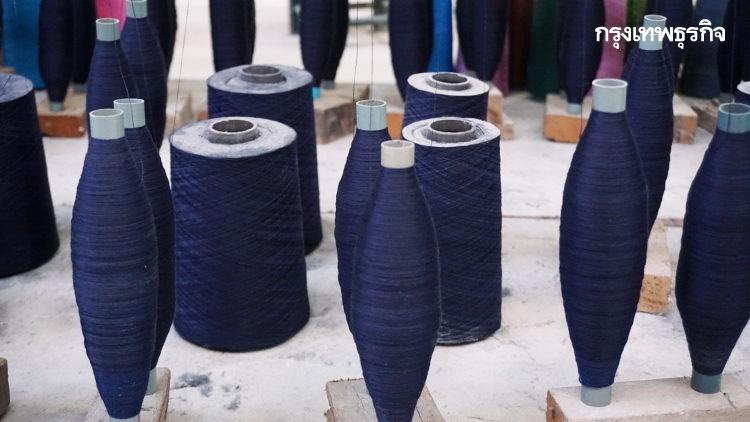 Witness and shop for beautiful northeastern-woven clothes in Udon Thani province, especially the “Ban Non Kok Ancient Weaving Group [Dyed red lotus petals]” at Nong Na Kham subdistrict in Muang Udon Thani. They have their own weaving shop and dyeing factory. There is also a tourist area spacious enough to accommodate visitors and buyers of lotus-petal-dyed woven fabrics of the villagers. Travellers can sit and rest comfortably amid cool breeze. 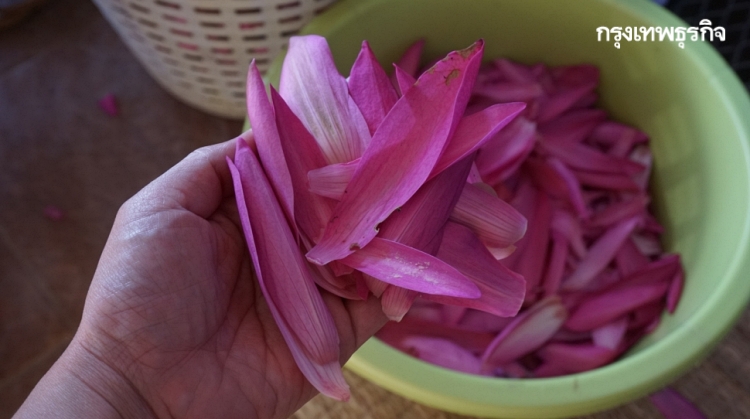 This weaving group was established in 2013 by Apichat Poolbuakai, or Teacher Ton, a descendant of Ban Non Kok who wrote a thesis on the careers of the villagers. The weaving uses traditional wisdom of the Non Kok villagers. The village began to weave with naturally dyed threads, using local material and got more feedback from customers. Thus the idea emerged to establish a weaving group to expand the weaving work and create jobs and income for the community.

Inside the weaving shop, there is a demonstration of dyeing or silk threads with red lotus petals. The colour obtained from the red lotus flower is 100 per cent natural, without any chemical colouring as lotus petals can be boiled in water straight away. In addition, the colour works well and the quality meets required standards 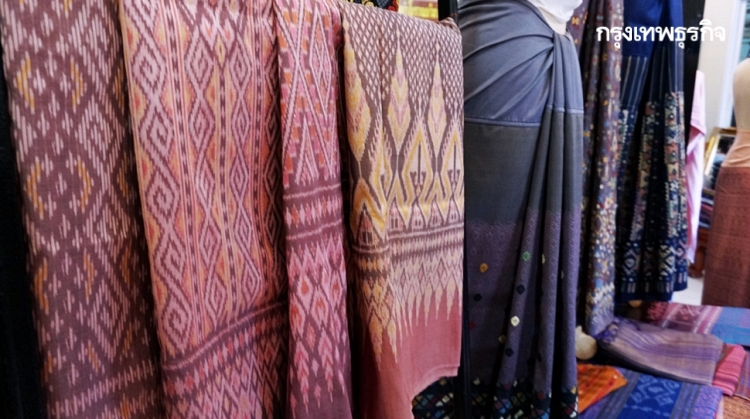 There are many types of dyeing and many colours are available. For example, when fresh lotus petals are used to dye with cold technique, you get a light pale pink and purple. When dried lotus petals are boiled and dyed using hot technique, the fabric gets a golden colour. Dried lotus stems when boiled and dyed in hot water, yield grey. All three colours produce unique woven fabrics, especially as the pattern of the fabric is unique as well. Some hand-made silk fabrics are worth up to Bt140,000. 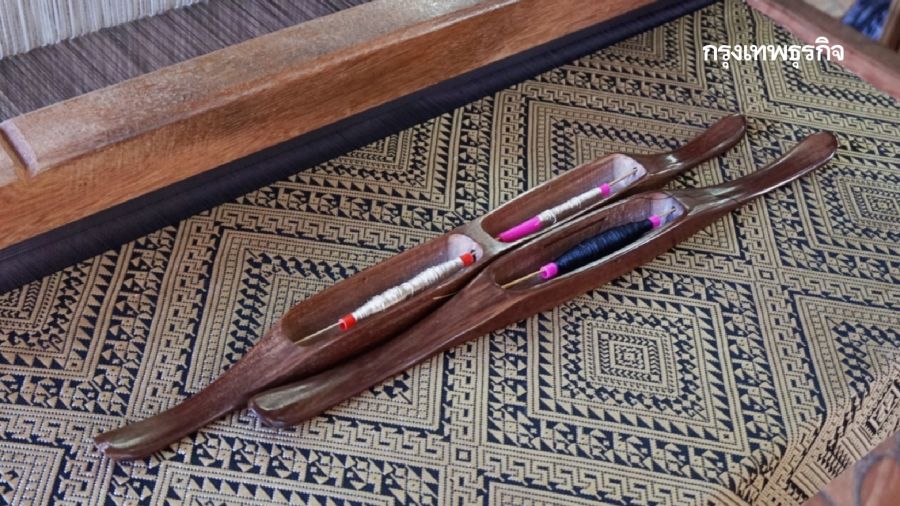