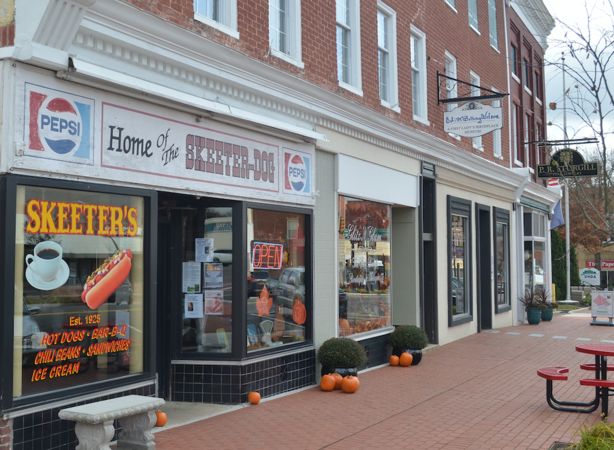 Skeeter's restaurant sits on the ground floor of the building where first lady Edith Bolling Wilson was born. A museum dedicated to her is located at the center of the block. MUST CREDIT: Photo for The Washington Post by James F. Lee

A look at the western Virginia town that raised a forward-thinking first lady. I once heard Edith Bolling Wilson referred to as the "first female president" of the United States. I'll admit I knew very little else about the former first lady and second wife of Woodrow Wilson until I traveled to Wytheville, Virginia, to visit her childhood home. 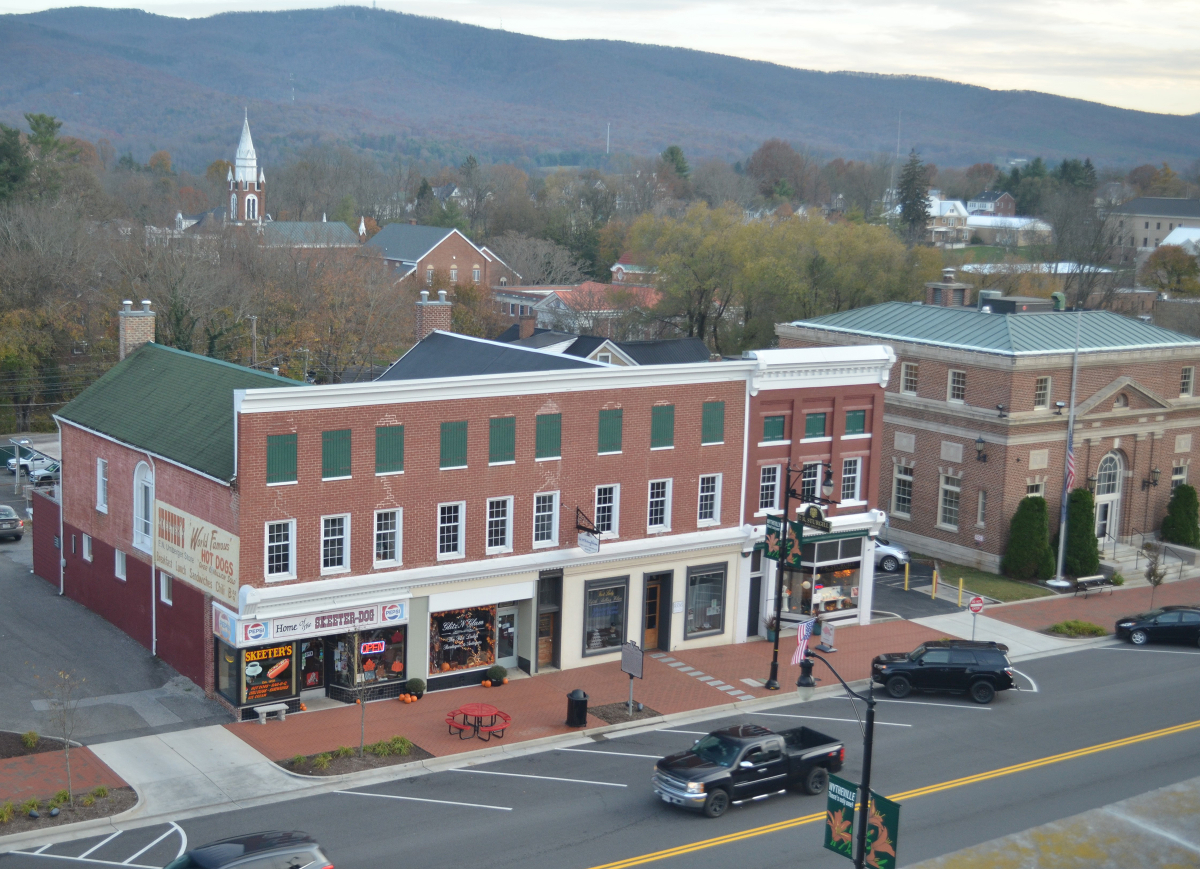 Edith Bolling Galt met Woodrow Wilson at the White House in March 1915, about seven months after the death of his first wife. They married on Dec. 18, 1915. Their whirlwind courtship and marriage shocked Washington, but Edith Wilson nonetheless threw herself into the demands of the White House. She was a very unconventional first lady for the time, young and fashionable and quite willing to be seen in public.

"She was kind of the Jackie Kennedy of her generation," said Debbie Wilkerson, education coordinator at the Edith Bolling Wilson Birthplace Museum on Wytheville's busy East Main Street.

Edith Wilson was born in Wytheville in 1872, in the upstairs apartment of what is to this day a commercial building. A restaurant, a boutique and the small museum where my wife, Carol, and I began our visit are on the ground floor. Upstairs, the Bolling family apartment is open for tours. Most of the artifacts and photographs in the museum were donated by the Bolling family and span Edith Wilson's life from her childhood and first marriage through the White House years. The seventh child in a crowded household that included 11 children as well as parents, grandparents and myriad relatives, she received rigorous home schooling from her grandmother and parents, but only two years of formal education.

The Bolling family Bible notes family events, including Edith's birth and her two marriages. Upholstered Victorian chairs, a tea set, a crib, and chinaware suggest a comfortable but not luxurious lifestyle. A photograph of somber, 3-year-old Edith wearing her brother's hand-me-down pants reveals the family's frugality.

Display items dating from the White House years include the watch worn by Woodrow Wilson during the Paris Peace Conference after World War I and the Red Cross cap she wore as a volunteer serving meals to U.S. troops at the Union Station canteen. On one of the family tables is a copy of her "White House Cook Book."

In the second-floor lodgings where Edith Wilson was born, we heard an audio description of her childhood in the first lady's own words. Today, the apartment shows years of neglect. The museum is undertaking a long-term restoration project that aims to re-create the apartment's appearance at the turn of the century. Though it is mostly empty, we got a sense of the layout - a warren of rooms, some of which still have their original wallpaper and flooring.

During her childhood, Edith was caregiver to a demanding, invalid grandmother, Ann Bolling, tending to her throughout the day, even sleeping in her room at night. Every day she washed, starched and ironed a snow-white cap, an essential part of her grandmother's attire. A family photograph on the back porch shows Grandmother Bolling wearing one of her caps, with Edith sitting dutifully at her feet.

Grandmother Bolling took great delight in the two dozen canaries kept in 16 bird cages on the upstairs back porch. The cages demanded daily cleaning, another of Edith's chores, performed under the withering scrutiny of her grandmother. For Edith this was a most unpleasant task. A photograph of 13-year-old Edith sitting wistfully next to the cages perfectly captures her mood. She later wrote in her memoirs that she took an odd pleasure in conducting funerals when the little creatures passed away.

But life wasn't all work. In the kitchen, Edith remembers her Grandmother Logwood's Christmas coconut balls and her pralines with pecan nuts and brown sugar. Happy times were spent in the parlor where the family would play games or listen to her father read aloud from Shakespeare or Dickens.

Edith Bolling left Wytheville in 1890 at age 18 and married Norman Galt, a Washington jeweler, six years later. As a young woman, she blazed her own trail, traveling to Europe frequently, and becoming the first woman issued a license to drive an electric car in the District of Columbia. (Her 1904 license is now on display at the museum.) The Galts lived comfortably until his death 12 years after their marriage; the couple had no surviving children.

From the start, President Wilson shared everything with his new wife, including classified information and official secrets; he consulted her in matters political and governmental. She even encoded his private messages before they were dispatched. But it is the years after President Wilson's debilitating stroke in October 1919 for which she is most remembered - and criticized. The president never fully recovered, becoming a virtual recluse and she his gatekeeper and caretaker, a role harking back to her years with Grandmother Bolling.

Rarely leaving his side, she determined which papers and other material received the president's attention. She decreed who saw him, including the Cabinet. In her memoirs, she called this period the "stewardship" of the presidency, a stewardship that lasted until the end of Wilson's term in March 1921 - 17 months! Edith Wilson said she didn't make any decisions on policy. "The only decision that was mine was what was important and what was not," she wrote in her memoirs.

Edith Wilson lived a long life, surviving Woodrow Wilson by 37 years at their post-presidential home at 2340 S St. NW. One year before her death in 1961, the former first lady, by then the sole survivor of her 10 siblings, made her final visit to Wytheville.

She had come to town to donate a stained-glass window to the St. John's Episcopal Church where she was baptized, confirmed and first married. She stayed at the hotel across the street, which still stands (and where we, too, stayed the night before) and then ate at the restaurant that occupied the space that is now the museum. Before leaving Wytheville forever, she made a final tour of her childhood home.

We visited the church, lined on both walls with gorgeous stained glass. Edith's gift, "Blessing the Children," is still there in vivid color. The local girl made good, but didn't forget her hometown.