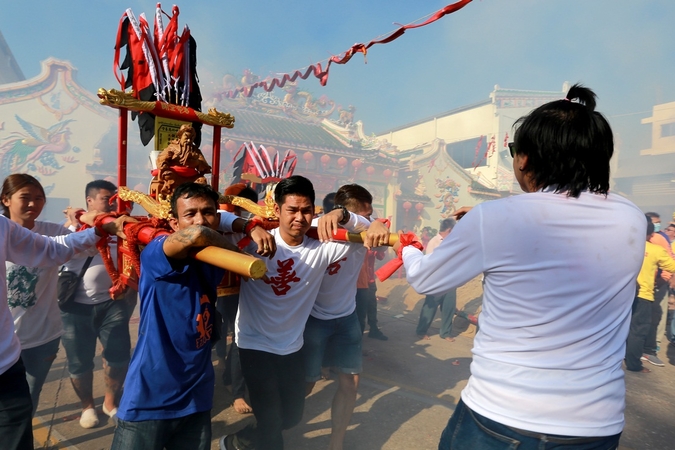 Wooden statues of Chinese deities were carried on litters through the streets of communities in Yala province on Friday (February 7) as part of the annual Chao Mae Lim Ko Niao festival. 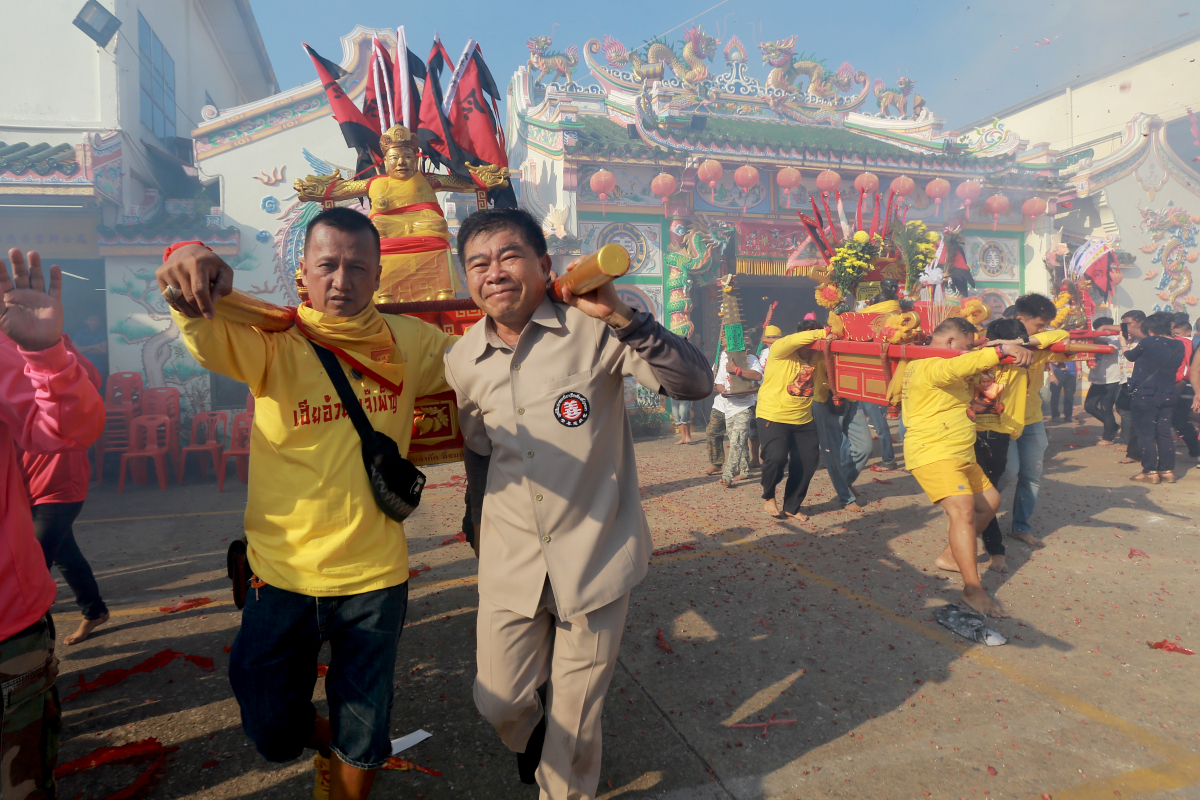 Thais of Chinese ancestry celebrate the occasion honouring the goddess Lim Ko Niao – a tragic figure in Pattani lore – and other deities depicted in statues carried by staff of the Mae Ko Niao Foundation. 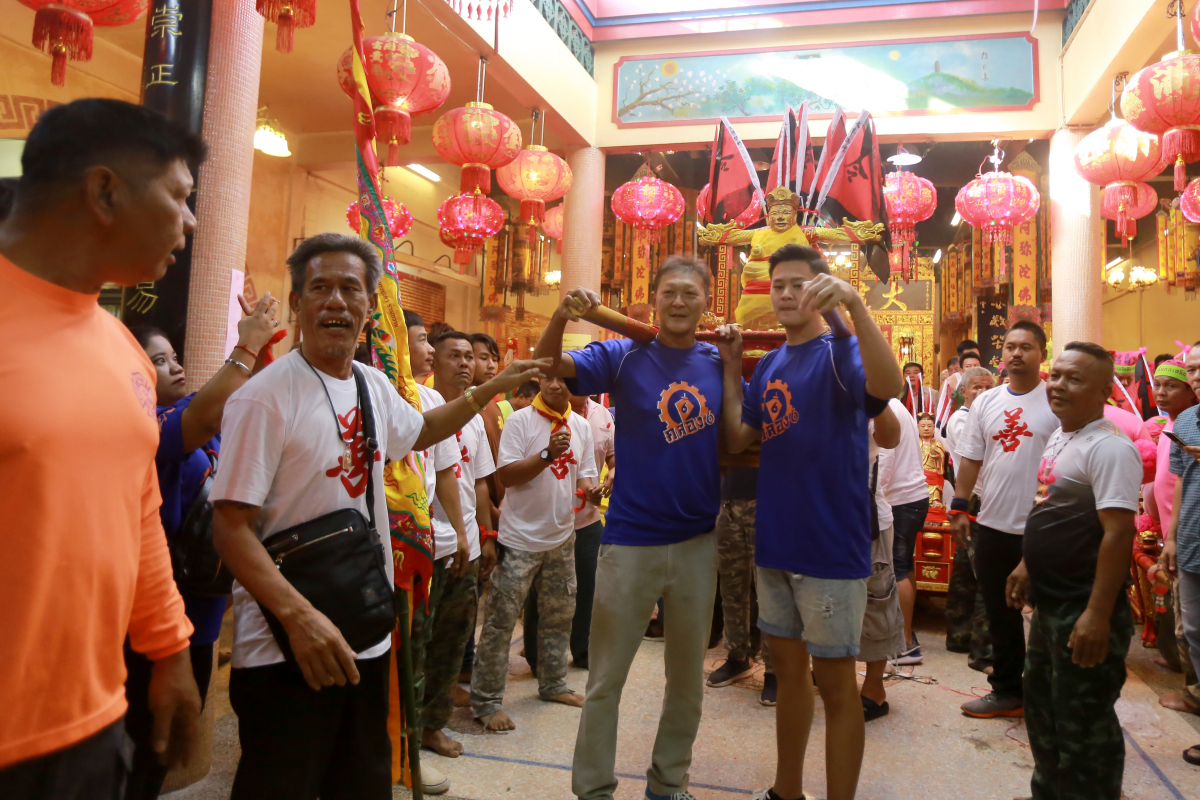 Lim Ko Niao supposedly travelled from China to Pattani to fetch her brother home because their mother was dying, but he refused to go, having married a daughter of Phraya Tani and converted to Islam. 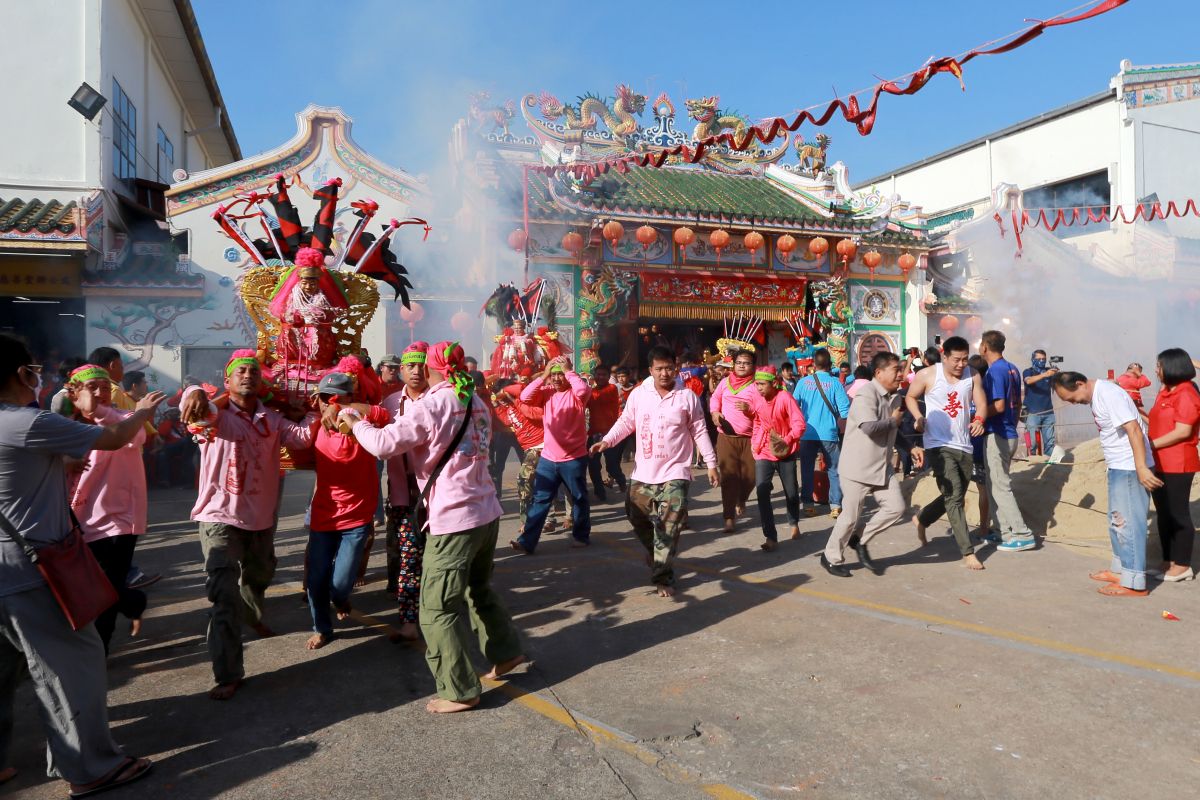 Distraught, Lim Ko Niao hanged herself from a cashew tree, only to be subsequently mourned and honoured with a statue and shrine. 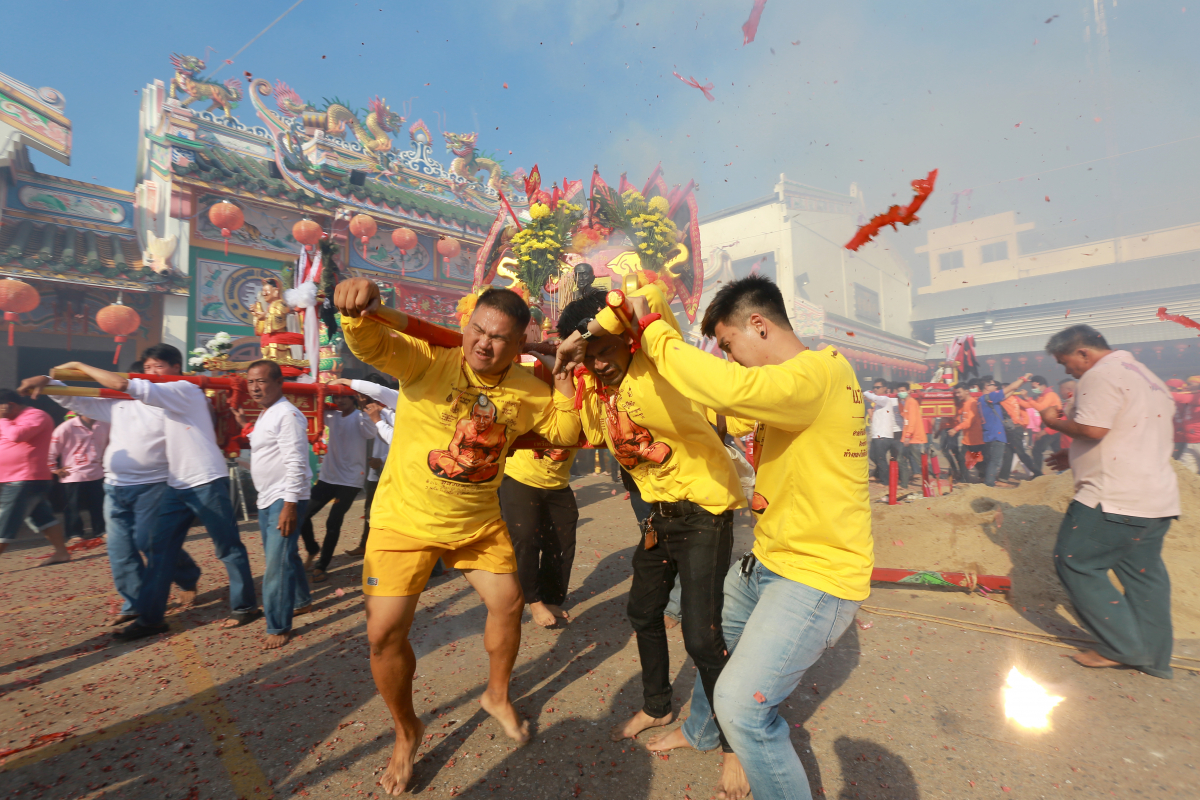