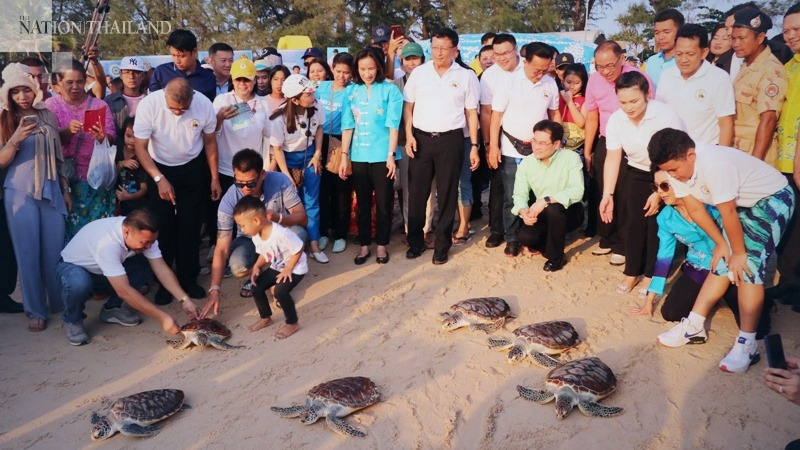 Commerce Minister Jurin Laksanawisit recently led the release of green turtles to the sea under a conservation programme at Thai Muang Beach in Thai Muang district of Phang-nga province. 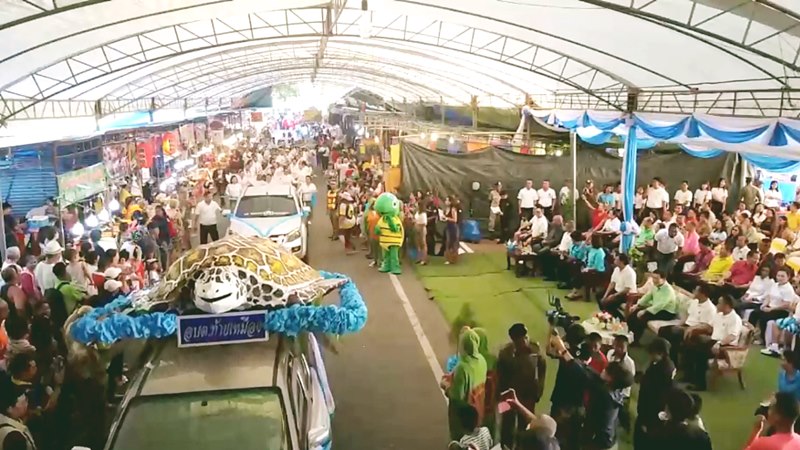 Numerous Thai and foreign tourists participated in the event, marked by parades and fancy costumes. 70 green turtles were returned to the sea, mainly by children.

Thai Muang Beach, said the governor of Phang-nga, is suitable for the turtles to lay eggs. In the last two years, green turtles reappeared on the beach after six years of absence.

Their return brought much joy to residents of the district. They want to raise awareness of turtle conservation through the event and as a feature of tourism in Phang-nga.