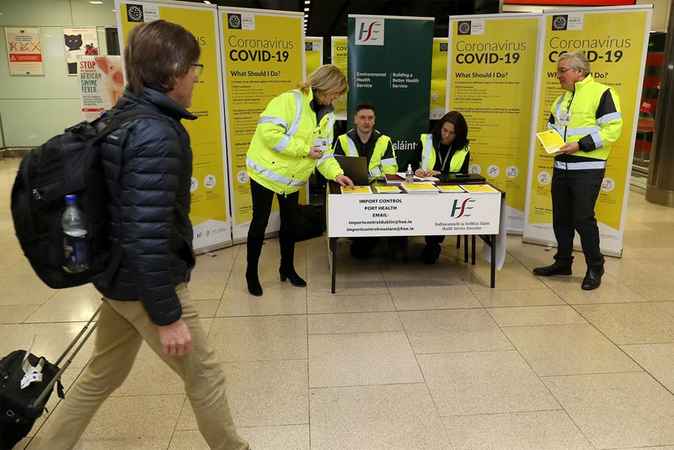 "It is possible we are facing events unprecedented in modern times," Varadkar said. The virus "can't be stopped, but it can be slowed."

The government plans a raft of measures for sick pay and other benefits as part of its response to the coronavirus, at a cost of about 2.4 billion euros, it said in a statement.

Cork, Ireland's second-biggest city, canceled its event on Monday, because city leaders said they couldn't provide the "necessary assurances" to guarantee the safety of participants and spectators.

The festival is the latest in a string of events across the globe halted as the virus spread. Geneva's International Motor Show has been canceled, as has the world's biggest property conference in France. Technology conference South by Southwest in Austin, Texas, was also abandoned, while Ireland's Six Nations rugby match against France, scheduled for this weekend, is off.

In Ireland, the cancellation of the St. Patrick's Day parade will be a blow to hotels, bars and restaurants. In recent years, authorities have increasingly promoted the festivities as a lure for tourists, with global landmarks, such as the Empire State Building and London Eye, floodlit green around March 17.

Organizers put the economic benefit of the festival at more than $83 million (73 million euros). On Monday, Irish hotel operator Dalata Hotel Group Plc said it has seen a "significant reduction in bookings" and "a significant increase in cancellations" since last month.

Ireland had 21 cases of coronavirus confirmed by late Sunday.