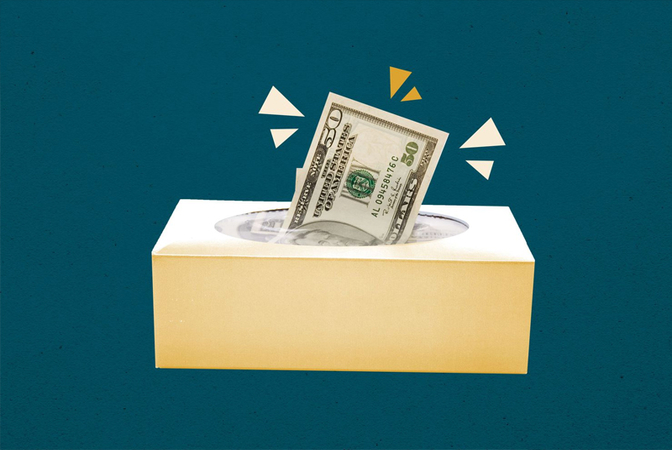 Matt Hribar likes to travel as much as possible. But the 25-year-old Cleveland resident whose many jobs include DJ, trivia host, podcaster and musician typically can't swing the price of a flight and hotel to most of his dream spots.

But these are not typical times, as the spread of the new coronavirus pummels demand for travel around the world and pushes prices for flights, hotels and cruises down.

That's how Hribar found himself with round-trip plane tickets for this spring to Miami, where he intends to "kind of quarantine myself on the beach," for about $100 and to Los Angles for about $200.

Travel industry observers think there will be a lot for bargain hunters to like in the coming days, especially as they consider the typically expensive summer vacation season. But those travelers will have to navigate a rising number of cancellations, travel restrictions and public-health warnings as they plan vacations.

"What's going to happen is, the hotels and airlines and especially the cruise lines, when they think they're going to lose some business, they start offering deals," Roger Dow, president and CEO of the U.S. Travel Association, said in an interview this month. He cautioned that he doesn't think the low-price stretch will last too long. "I think there is going to be an opportunity for Americans to get some good deals as the marketplace reacts and says: We're going to price to increase occupancy."

Health experts have said travelers should heed specific travel warnings from the U.S. State Department and Centers for Disease Control and Prevention when planning any trip, and prepare in case they get caught up in restrictions or an unexpected quarantine. And they should be cognizant of their own risk factors - especially age and underlying health issues - before traveling.

Late Wednesday, President Trump announced a ban on foreign travelers from most of Europe - excluding the United Kingdom - to the United States for 30 days starting Friday. The U.S. State Department advised U.S. citizens to reconsider travel abroad altogether, in part because of the potential for quarantines and border restrictions. And the Centers for Disease Control and Prevention warned against all nonessential travel to most of Europe.

The result of so much upheaval: Travel companies have gotten desperate for customers.

Cruises: Bob Levinstein, CEO of the cruise shopping site CruiseCompete, says that based on the business he's doing, cancellations in March are way up and bookings are "through the floor" - down 68.5%. As a result, he says he's never seen lower prices or better offers. That included a balcony room for a week-long Caribbean cruise for $250 and another cruise for $599 that includes $400 in onboard credit. Two cruise companies, Viking Cruises and Princess Cruises, have suspended voyages altogether for the near future.

"Basically in the cruise business, rule number one is always fill the ship. And that's because empty cabins don't spend money at the bar, they don't buy alcohol, they don't gamble at the casino, they don't buy shore excursions," Levinstein said. "The ships keep sailing and they just have to keep reducing the prices, and that's what's going on. They've never been lower, and I suspect over the next couple of months, they will continue to go lower."

Hotels: Travel data firm STR said in a report Wednesday that U.S. hotel occupancy in the first week of March dropped 7.3% compared with about the same time last year, and average daily rates were down 4.6%. The biggest drop in rates came from the San Francisco area, where average prices per night fell 30% to more than $212.

"This is quite likely the beginning of a bad run that will get worse before it gets better," Jan Freitag, the company's senior vice president of lodging insights, said in a statement.

Tim Hentschel, CEO and co-founder of the bookings site HotelPlanner, said Europe has seen 50% price drops in the past week, and the U.S. has seen prices go down by 30% in major cities.

He said in an email that travelers looking for the biggest discounts should look in a city where big citywide events have just announced cancellations. If the Summer Olympics are canceled or postponed, he said, that could be a time to find a great deal in Tokyo. The CDC has recommended that travelers "practice enhanced precautions" in Japan due to the virus.

Airlines: Airline prices typically rise this time of year. But the airfare booking app Hopper says domestic fares dropped an average of 14% between March 4 and Saturday, though some routes are seeing rates 70 percent lower than average. International fares are down, too, but the company has seen a surge in searches for domestic travel.

"Not only are we seeing prices are down, but they're also down across the board," says Hayley Berg, the company's economist. "So these fare sales, they're not limited to one or two routes. We're seeing a significant impact across many, many major routes."

Scott's Cheap Flights regularly flags flight deals to global destinations, but founder and CEO Scott Keyes says that what stands out now are the typically rare summer deals. He said he's found round-trip deals from U.S. airports for $260 to London, $500 to Japan, $200 to Vancouver and about $650 to Fiji.

"That's kind of the airlines' cash cow is the summer travel months - everybody's out of school, ... the weather's nice, everybody wants to travel then, that's when great deals are least likely to pop up," he says. "And yet, because bookings are down so much, they're available now."

He says airlines' "peace-of-mind" offerings - more leeway for cancellations and rescheduling - make it easier for passengers to pull the trigger when they see a good deal.

"It's a privilege that is never afforded to travelers, especially on the cheapest fares, to be able to have that kind of flexibility," he says.

Jack Ezon, founder and managing partner of the travel agency Embark Beyond, said in an email that he is urging clients to book travel for spring and summer now knowing that they can easily change plans if necessary.

"With so many people around the globe reacting strongly to the developments, prime space at hotels all over the world is suddenly available," he said in an email. "Airline costs have plummeted. Any good buyer knows to buy when a market is weak - as we like to say, 'Don't waste this crisis.'"

Joe DeSimone, 30, of Austin, saw stories about empty flights and figured airlines would be eagerly searching for people to fill some of those seats. So he took advantage of lower prices within the past month to book flights to Toronto two weeks from now, for a little over $200, and London two months from now, for slightly more than $400. Both trips are for upcoming conventions, but, he says, even if the conventions get canceled, he'll be happy to spend time in both cities.

"These were things that I knew I was going to want to do, but was on the fence about," says DeSimone, who runs an after-school program that teaches game design to high school students and works in food service at Alamo Drafthouse. Plus, friends in London said he could stay with them for up to three months.

He says he wouldn't book a flight anywhere that has severe travel restrictions in place, because that wouldn't make for a great vacation.

"Otherwise, if the government's not on lockdown, and I don't see like photos that make it look like something out of the Black Plague, ... I'm probably OK," DeSimone says.