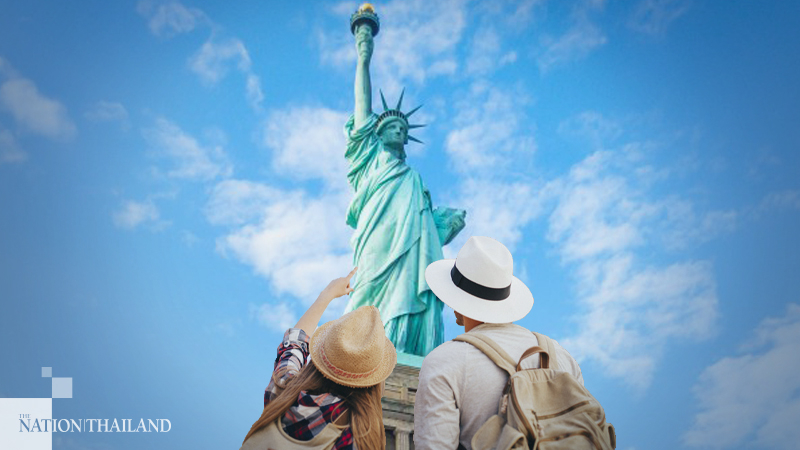 The United States is expected to lose 4.6 million travel-related jobs this year as the coronavirus outbreak levies an $809 billion blow to the economy, according to startling projections released Tuesday by the U.S. Travel Association.

Further, 4 million total jobs have been eliminated already or are on the verge of being lost in the next few weeks, the American Hotel & Lodging Association said. In some of the hardest-hit markets - such as Seattle, San Francisco, Austin and Boston - properties are shutting down and occupancy rates are at unprecedented lows.

Total spending on travel in the United States - including from transportation, retail, lodging and restaurants - is expected to drop by $355 billion for the year, or 31 percent - more than six times the impact of the Sept. 11, 2001, terrorist attacks. The projected 4.6 million jobs lost would, by themselves, nearly double the U.S. unemployment rate, from 3.5 percent to 6.3 percent, according to U.S. Travel.

The travel industry is joining airlines and casinos in begging for a government rescue. On Tuesday, Treasury Secretary Steven Mnuchin said that the Trump administration wants to send direct cash payments to Americans in the next two weeks as part of a massive economic stimulus package forming between Congress and the White House. The overall price tag of the package could be around $1 trillion.

The hotel industry alone is asking for $150 billion - largely in the form of direct grants - to keep employees on the payroll and small businesses afloat. The broader travel industry is also seeking an additional $100 billion, executives said on a press call. Those tallies are separate from the more than $50 billion being sought by the airline industry.

The requests were presented by industry leaders to Trump, Vice President Mike Pence and other officials handling the pandemic in a White House meeting Tuesday.

Chip Rogers, president and chief executive of AHLA, said coronavirus had had a more severe economic impact on the lodging industry than the Sept. 11, 2001, terrorist attacks and the 2008 financial crisis combined. In a stunning reversal, the industry is facing the possibility that half of the hotels in the United States could close this year, Rogers said. The prospect is especially dire for the small businesses that make up 83 percent of the travel industry.

Jon Bortz, president and chief executive of the Pebblebrook Hotel Trust and AHLA chairman, said his company let 4,000 employees go and expects to lay off an additional 2,000 by the end of the month - representing more than three-quarters of its workforce. Pebblebrook, which has 54 hotels nationwide, is facing shutting down doors at more than half of its properties.

Douglas Dreher, president and CEO of the Hotel Group, said occupancy at some properties had dropped to the single digits and that one-third of the company's workforce will be let go in the near term.

"It is for us the Great Depression," Dreher said. "We need help."

Industry leaders emphasized that government funding would need to come within days. Direct grants would go toward lost salaries and make sure that hotel owners can make their mortgage payments.

Marriott International said Tuesday that it was starting to furlough what it expects to be tens of thousands of employees. The hotel chain, which has nearly 1.4 million rooms and employs 130,000 people in the U.S., began shutting down some managed properties last week. Those who lost their jobs won't be paid while on furlough, but they would continue to receive health-care benefits, the company said.