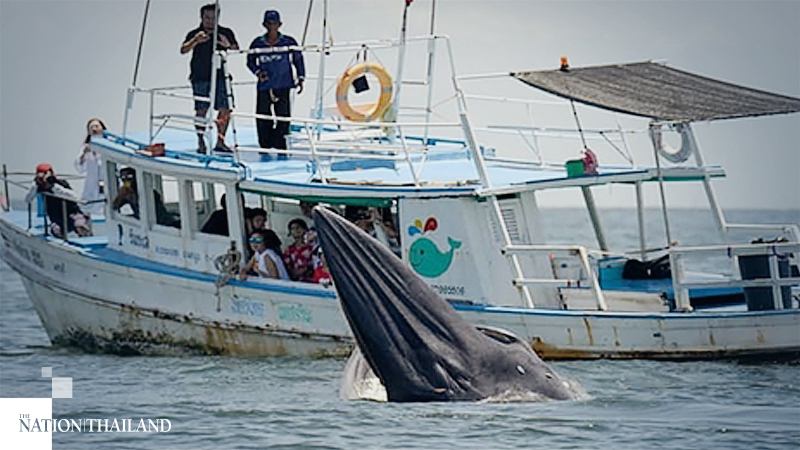 A Bryde's whale emerged from the water in the Gulf of Thailand on Monday (July 27), wowing tourists who were passing on a boat trip.

The giant female, named “Wan Dee” (Good Day), was accompanied by her baby, which was swiftly given the name “Wan Yud” (Holiday) after the day on which it appeared.

Pictures of the whales were posted on Twitter by Forest for Wild Life and instantly drew attention from Thai nature lovers.

The Department of Marine and Coastal Resources said Wan Dee could often be spotted swimming in the Gulf of Thailand in search of food, and that this was her third offspring.

Between April and August, the Gulf is teeming with anchovies and tiny shrimp that lure hungry whales in search of a meal.