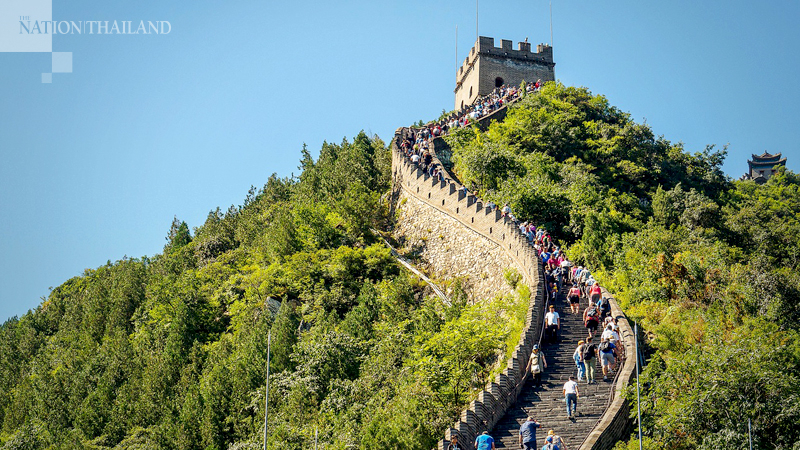 Travel in China rebounded over the eight-day holiday period this month as the nation displayed further evidence that it is overcoming the coronavirus pandemic, with about 637 million trips made, government data show.

While that was down from the 782 million trips made during the same period in 2019, it is much better than during the 5-day holiday period in May, according to Macquarie Group economists. The full total for the Autumn Festival period was 81% of 2019's level, data from the Ministry of Culture and Tourism released late Thursday show.

The containment of the virus provided the basic public health conditions for holiday activities, which showed an "obvious revival," according to a report from Citigroup. "Household purchasing power recovered steadily, and consumer confidence also came back on overall economic recovery," they wrote.

The number of trips doesn't indicate the number of people who travel, according to the China Tourism Academy. A single person could make multiple trips during the same holiday.

Domestic tourism income during the holiday was about 467 billion yuan ($70 billion), according to the ministry. That is down 28% from the seven-day holiday a year earlier, according to Bloomberg calculations, when income was 650 billion yuan.

There was a strong recovery in consumer spending during the holiday period, according to economists at Macquarie led by Chief China Economist Larry Hu. This suggests that "service consumption, largely driven by the pent-up demand, could rebound quickly once things are returning to normal."

One factor boosting domestic tourism is the effective collapse of international movement due to travel bans and stringent quarantine requirements on returning to China. Mainland visitors to Hong Kong were down 99%, and dropped 85% to Macau during the holiday period, Macquarie said.

"Many brands in the luxury hospitality sector are back to pre-Covid levels of occupancy," said Chloé Reuter, founding partner Gusto Luxe & Gusto Collective. "Sanya in Hainan is a key destination for domestic travelers and for shoppers at the largest duty free mall in the world," but more experiential and back-to-nature destinations like Yunnan are also seeing high numbers of travelers, she said.

There was an 149% increase in duty-free shopping in Hainan Island in southern China over the holiday, Chinese customs said, according to a state TV report Friday.

However, schools in Beijing and other places were discouraging their students from traveling during the period, which may have undercut demand.

"Travel to the western regions indicated that consumers are releasing pent-up demand due to lockdown during Chinese New Year and shift from international tourism to domestic," according to Jason Yu, managing director at Kantar Worldpanel Greater China.