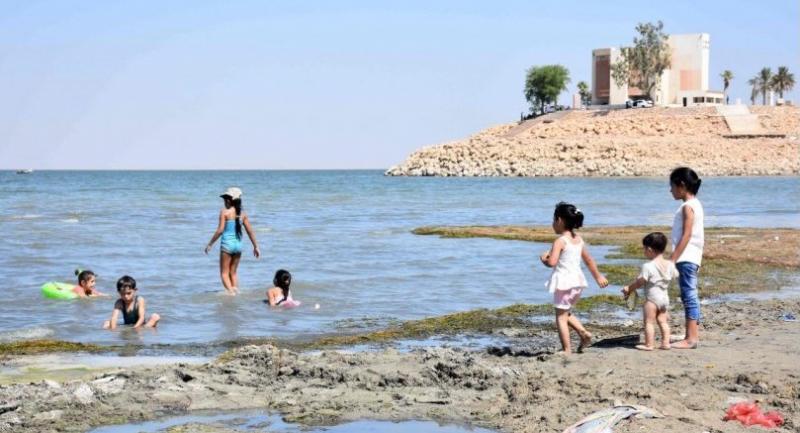 In the 1980s, Iraq’s Lake Habbaniyah was a tourist hotspot. Today, it’s a shadow of its former glory, the victim of neglect since the 2003 USled invasion. /AFP

IN THE 1980S, Iraq’s Lake Habbaniyah was a tourist hotspot, popular with wealthy newlyweds and so luxurious it was even a haunt of dictator Saddam Hussein and his fearsome entourage.

Top-notch restaurants, flower gardens and pristine lakeside bungalows saw Habbaniyah Tourism City pull in clients from across the Middle East and beyond.

But like much of Iraq, this oasis – located between Fallujah and Ramadi – has fallen into disrepair since the US-led military coalition toppled Saddam 15 years ago. In the 1980s, Iraq’s Lake Habbaniyah was a tourist hotspot. Today, it’s a shadow of its former glory, the victim of neglect since the 2003 USled invasion. /AFP

“The tourist complex is terribly degraded,” admits 60-year-old Karim Turki, who has spent nearly half his life running communications for the state-run complex.

Standing in front of a bungalow festooned with torn electric wires, he laments a “paradise lost”.

Piles of garbage, drained swimming pools and a merry-go-round featuring limbless horses create the impression of a ghost town.

Under the American occupation, armed extremist groups in 2006 and 2007 installed operations rooms in the sprawling complex’s deserted hotel and bungalows.

Iraq’s police retook control in 2008 and the resort staged a brief revival – amateur jet skiers returned to the still-sparkling lake and families enjoyed picnics on the shore.

In a bid to attract a rush of new foreign visitors, a Turkish firm was contracted to revive the facilities around the vast artificial lake, which was created in 1956.

But it was all in vain.

After a few months, the firm threw in the towel.

During the Iraqi army’s long offensive to dislodge IS, the state requisitioned the resort’s 500 bungalows and 265-room hotel to accommodate some of those displaced by the latest round of conflict.

While the government declared victory over the jihadists in December and Iraqi tourism has begun to revive, the days of access roads to Habbaniyah being clogged with traffic jams are long gone.

But there has been a trickle of visitors – some keen to cool off briefly in the summer heat, others seeking a longer trip down memory lane.

Saad Alani honeymooned on the lake in the early 1990s, during its golden age.

He ventured back last year – a mistake, he says.

“The place has become a dump. There is no water or electricity, and no service.” A view of an abandoned hotel resort by Lake Habbaniyah, in Anbar province, about 85 kilometres west of the capital Baghdad.

And Alani is not the only one to be disappointed.

“This is the last time I come,” says Hussein Jabbar, a civil servant from Baghdad, visiting with a dozen friends.

“Before, it was great – but everything has deteriorated,” he adds, pointing to the lifeless lake banks where amateur sailors and flunkies once roamed.

A few small unpretentious canteens and lakeside stalls endure, but returnees are dismayed to find that the famed restaurants are derelict and the once immaculate gardens overgrown.

For Alani, the way to revive tourism in Habbaniyah is simple, given that Iraq is the 12th most corrupt country in the world, according to NGO Transparency International.

“We must engage with specialist private tourism companies and retire Lake Habbaniyah from state hands,” he says.

Iraq’s ministries of tourism and culture did not respond to requests for comment.