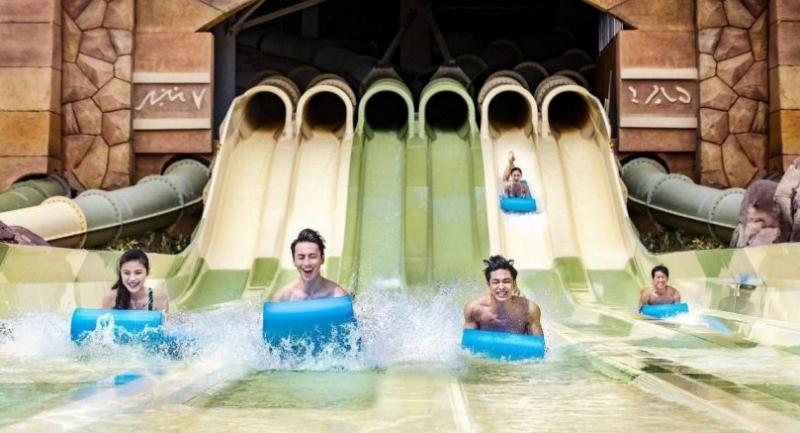 Living it up in Hainan

Tourists visiting China usually head to see traditional sights such as the Forbidden City, the Great Wall, or the Temple of Heaven, stroll on Shanghai’s Bund; or perhaps to admire the terracotta warriors of Xi’an.

They should also consider Hainan, a good option for travellers looking for an easily accessible, still off-the-beaten-track vacations that combine culture, cuisine, and relaxation.
Hainan has plenty of beaches to explore sea, sand and sun. Among them are the long, white shore of Sanya Bay; the crescent-shaped Dadonghai Beach, an ideal location for surfing and para-sailing; and the 7-km-long beach of Yalong Bay, home of swimming, diving, resorts, and golf courses.
There are also fishing villages, the hilltop park on Luhuitou Peninsula, and Volcanic Crater Park. Nanwan Monkey Island is the world’s only island simian reserve. Nearby, Sea Turtles 911 has a sea turtle hospital while Haikou has Xinglong Tropical Botanical Gardens, which is home to over 1,200 plant species, including such edible plants as coffee, pepper, cocoa, and durian. In addition, the clean air, scenic landscape, and relatively level terrain make Hainan an excellent location for cycling tours.
For health-conscious travellers, there are traditional Chinese medicine centres and hot springs, some with elegant resorts conveniently built around them.
Religion and culture have left a visible footprint on the island. Perhaps the most famous monument is Nanshan Temple, home to a 108-metre high statue of Guanyin, the Goddess of Mercy, which stands across a causeway in the sea.
Hainan is also a great food destination. Hainanese chicken rice, particularly favoured by Singaporeans, originated from Wenchang chicken, a local speciality, but Hainan may be even more famous for its seafood – especially Hainan lobster. Other specialities include Jiaji duck – sometimes considered Hainan’s national dish – as well as abalone and of course all manner of tropical fruits.
Last year, 1.1 million international visitors (an increase of 50 per cent over the previous year) visited Hainan Island. It caters to all kinds of travellers, from backpackers on up, but in the past few years the island has placed an increasing emphasis on luxury travel. Many of the world’s most famous hoteliers now offer luxury accommodations on the island, including Anantara, Banyan Tree, Conrad, Kempinski, Mandarin Oriental, Park Hyatt, Ritz Carlton, and St Regis. The most recent arrival is also the most spectacular – the Atlantis Sanya, a US$2 billion (Bt64 billion) project that opened this year, owned and managed by the same team that oversees Atlantis the Palm in Dubai.
Hainan is increasingly seeking to appeal to international travelers who have already explored such tropical destinations as Bali, Koh Samui, Jeju Island, Okinawa, and Guam. Newly introduced visa-free travel for citizens of 59 countries including Thailand makes it even more appealing, along with ongoing upgrades to the airport and an increasing number of direct flights from 200-plus destinations over the coming few years. Even better, Hainan has now given foreign visitors access to Facebook, YouTube, and Twitter, in which is regarded as a smart self-promotional move.