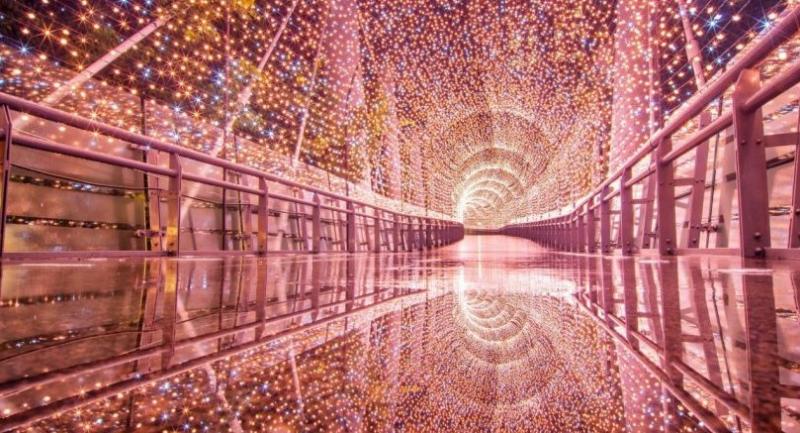 This year’s theme is Space and Planet and the main venue, New Taipei City, has turned into a dream city. It is here that New York artist Jen Lewin is showcasing her interactive light-and-shadow art installation at The Pool and in a partnership with the Hexogon Solution, 45 high-end projectors are being used to project 3D mapping light shows to a total area of about the size of 17.6 basketball courts, including the Christmas trees and the New Taipei City Hall.

Some 900 tubes of RGB pixel-controlled LEDs, each of which can deliver 256 colors, are installed at the cloister on the second floor of the New Taipei City Hall and the advanced pixel-controlled lighting system provided by German’s Madrix is utilised to create a gigantic circular screen that runs from the New Taipei City Hall to the Christmas tree.

The master of best sound effects shortlisted by the Golden Horse Awards is responsible for making soundtracks for the main light shows. The vivid and delicate changes of light and shadow projected from more than 40,000 light bulbs in 360 degrees go up and down with the exciting music, turning the flat 3D light sculpture into stereoscopic 3D, which surrounds the audience and subverts the imagination.

Also available is the Fantasy Planet, a giant ball-like artwork made with more than 100,000 LED lights that performs a brilliant light show from 5.30 to 10pm.

Find out more at https://Christmasland.ntpc.gov.tw/en/