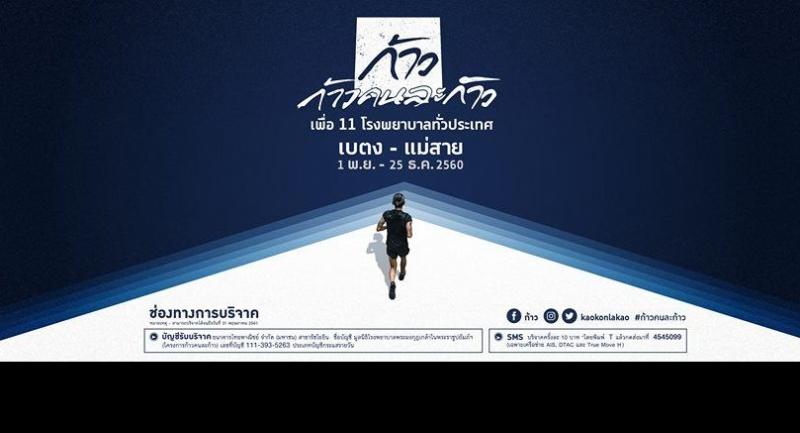 “The ministry would like to thank Athiwara for organising a good deed for the public, which will not only raise funds for hospitals’ equipment purchases but also encourage others to give importance to exercise. This will also give opportunities for members of the public to make donations with their much-admired artist to do something good for society,” Opas said, urging people to make donations or even participate in the charity run if their physical conditions would allow it.

The charity run will see Athiwara, an avid runner, start the 55-day route on November 1 in Betong district, in the southernmost province Yala, to finish in Mae Sai district of the northernmost Chiang Rai province on December 25, according to a Facebook campaign page.

The route will be Athiwara’s longest run at 2,191km.