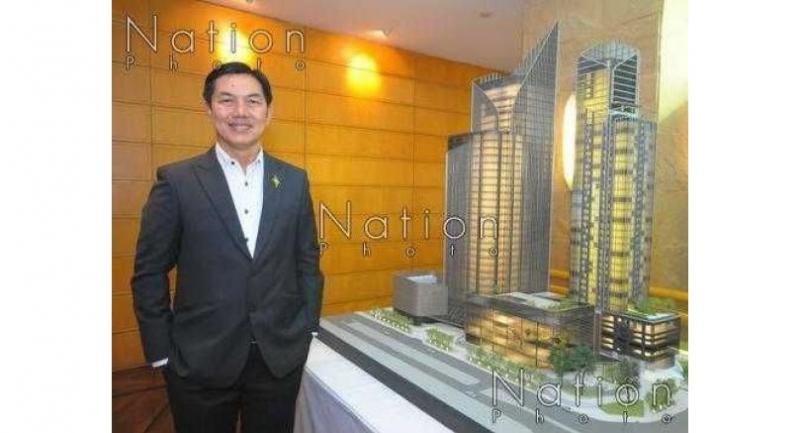 SINGHA ESTATE yesterday announced an investment of around Bt15 billion this year for new project developments, as well as for mergers and acquisitions.

The physical expansion will be in line with the listed company’s 2017 business direction, under which it is striving for leadership in the real-estate sector.

SHR will list on the stock market by the end of this year or early next year, with a view to raising funds for its own expansion.

Singha Estate is currently in the process of filing a submission about this to the Securities and Exchange Commission, he said.

Singha Estate’s main property-development emphasis this year will be on new luxury and super-luxury residential and commercial projects, and on meeting the needs of modern lifestyles, he added.

Of the investment earmarked for this year, about Bt9.2 billion will be allocated to hotel business, including acquisitions, while Bt3.6 billion will be for residential developments, and Bt1.4 billion for commercial building projects.

Santiburi Residences, a super-luxury detached-housing project with units priced at Bt200 million apiece, will complete construction and start transferring to clients this year.

The development of both The Esse at Singha Complex and the luxury condominium on Sukhumvit Soi 36 will complete and transfer to customers from 2019 onwards.

Naris said the company had recently merged its two subsidiaries – Nirvana Development and Daii Group – into one company, namely Daii Group, to create synergy and focus on the development of middle to upper-middle residential projects.

The company’s earnings before interest, tax, depreciation and amortisation surged 717 per cent to Bt561 million in the period.

The developer has set a presales target of about Bt6 billion this year, 521 per cent higher than the level achieved in 2016. Singha Estate has also set an overall annual revenue target of Bt20 billion for 2020, by which time 30 per cent of its income will be from abroad, he said.

The company owns 29 hotels comprising more than 3,000 rooms in the United Kingdom.

The company has also signed a contract to manage a hotel complex in the Maldives, which will be promoted into a fully integrated resort, including resort hotel, marina, beach club and duty-free shop, Naris said.

“We plan to acquire one to three hotels both in Thailand and potential CLMV [Cambodia, Laos, Myanmar and Vietnam] markets this year. The cost will be about Bt2 billion per hotel,” he added.

Singha Estate is also looking to develop housing and condominium projects in potential CLMV markets in the next two years, the chief executive said..