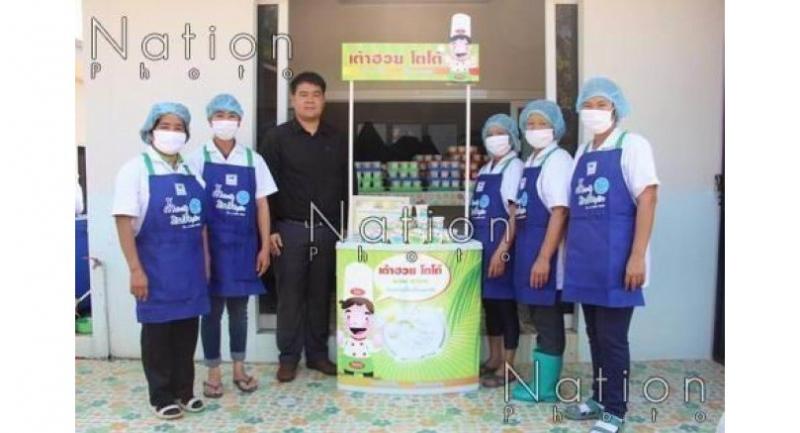 “My family faced financial problems six years ago and so I had to drop my studies to go into business to support them,” Kasidit, 25, said in a recent interview with The Nation.

He likes to make desserts and offered his coconut jelly to those attending his grandfather’s funeral. It got positive feedback from his grandfather’s friends. This inspired him to begin producing the jelly and distributing it to the market.

“I started out with my savings of Bt1,000 to make 100 coconut-jelly packs. They sold successfully, so I decided to expand my production capacity, [eventually] generating sales value of up to Bt60,000 a month,” he said.

After his initial success, Kasidit spent Bt150,000, which he borrowed from Government Savings Bank, to expand his production capacity in 2014. His company’s sales value reached Bt8 million last year.

“Most of our customers are locals and Chinese tourists who visit Chiang Rai province,” he said.

This year, he is expanding his investment to develop other dessert products such as coconut ice cream and crisp algae under the Toto brand to distribute in Chiang Rai, and will also expand distribution into modern trade outlets such as Max Value and Tops Supermarket.

“We expect our sales to reach Bt30 million this year after we expand our distribution channels. We are also studying [the possibility of] exporting our products, especially to China,” he said.

He said the key the success of a business was to produce quality products to match customers’ demand so as to maintain sustainable growth.