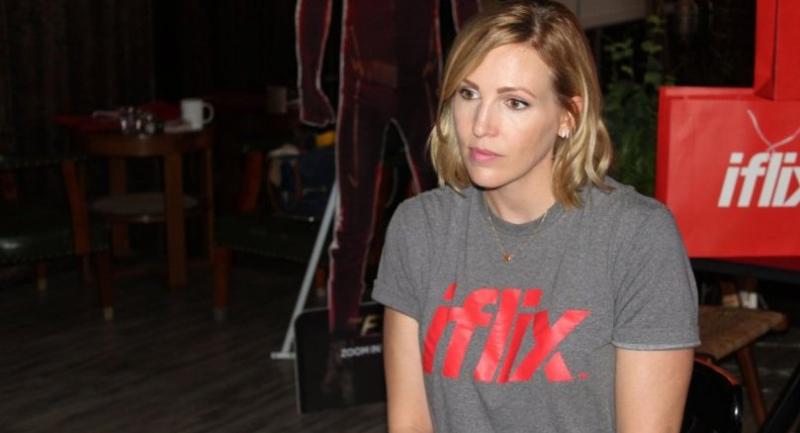 GIVEN that iflix has received more than 11,000 subscriptions within one week after its launch in Myanmar, the Kuala Lumpur-based streaming service provider is confident that it will be successful in the market as a pioneer, said Adeana Greenlee, iflix’s country manger for Myanmar.

Greenlee said in an exclusive interview that Myanmar’s leap in the telecommunications sector would fuel the firm’s growth in the nation.

“It is the first time that subscription video on demand [SvoD] service is available in Myanmar. So, we have set a benchmark again. We expect to be highly successful,” she said.

“Myanmar is the fourth-fastest growing mobile market in the world. Many people had gone in the past few years with no phone, and jumped to [using] smart phones. So, it is definitely an important market iflix has been eyeing.”

Greenlee did not reveal the firm’s growth projection. Yet, she is satisfied that iflix came up with a sterling start in the nation, as good as its performance in Vietnam, a market where the service was launched just one week ahead of Myanmar.

She said the firm targets smartphone users in Myanmar.

“There is a population of more than 50 million in Myanmar, and more than 80 per cent are mobile-phone users, a huge portion of that are smart phones. Even if we have a small fraction of people who are on smart phones, that will be a success for us,” she said.

“We are giving access to everybody. There is no specific target at this point. Our aim is to provide affordable, accessible alternative. For us, it is really about how people consume entertainment. We are providing something that is not available in the market today. So, we hope people will try our services and enjoy,” she added.

As part of its market strategy, iflix has partnered with Myanmar Motion Picture Organisation, Media7, and five of the nation’s major studios. In addition to strengthening cooperation with more than 200 partners globally, the firm will continue to forge its partnership with local distributors and producers so that it can draw Myanmar viewers’ interest.

Initially, the firm provides access to more than 20,000 hours of foreign, regional and local contents, including movies and TV shows. In Myanmar, it will prioritise Hollywood, Myanmar and Korean content, Thai soap opera, Bollywood movies, action movies, as well as films and television shows produced by Marvel and Disney.

Greenlee said that the firm had conducted a market research before entering Myanmar. It is now available in 10 Asian countries, 7 of which are from Asean, aside from presence in Sri Lanka, Maldives, and Pakistan. It has also planned to expand to Middle East and North Africa soon in cooperation with Zain.

“Earlier this month, our management approved $90 million for the funding that would focus on iflix’s further expansion. That includes Myanmar. Now we are also looking at a variety of different markets,” she said.

Additionally, the firm is now discussing with all the three telecom operators – MPT, Telenor and Ooredoo – for the convenience of its subscribers. She said cooperation with telcos is essential in a market like Myanmar, where connectivity is not good.

“We are looking to cooperate with all the telcos in Myanmar. If you look at models from other markets, it will be better data plans, eg free data for iflix,” she said.

Greenlee said that content would be similar to streaming services in other nations, but not exactly the same. For example, the service will not bring Malaysian, Indonesian or stuff from Africa to Myanmar due to the lack of interest there.

She said that localisation of the content would be prioritised to expand the service to grassroots in remote areas. The firm opened its office in Yangon three weeks ago with 30 staff, excluding a lot of freelancers. The majority of its workforce are subtitlers who translate foreign films to Burmese. It plans to expand its workforce and subtitle all the content over time.

Greenlee added that most of the movies and TV shows on iflix would be in high definition. To ensure affordable price, iflix will be priced at 3,000 kyats (Bt80) for monthly subscription and 30,000 kyats for annual subscription. Consumers can now sign up for a complimentary one-month trial without credit card.

The firm will announce how to pay for the subscriptions over the next two weeks.

Each subscription allows full access to its content via five devices – laptop, desktop, mobile, tablet, and television set. Two devices can stream at the same time. Subscribers can download as many as they want, but can store only 10 TV episodes, movies, or mix of the two at one time.