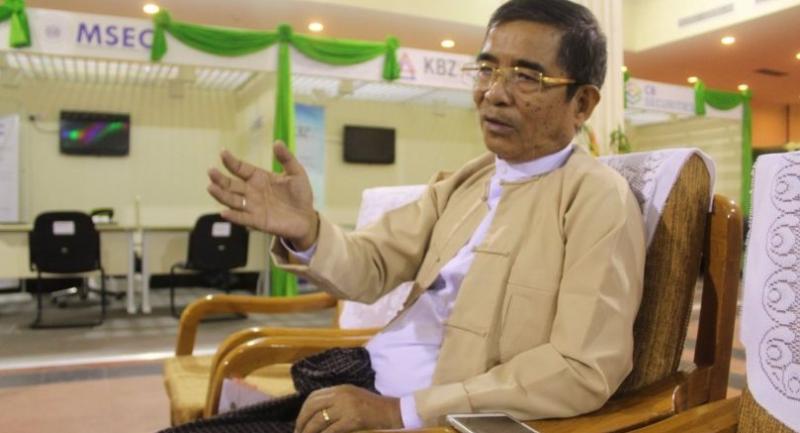 SECM commissioner Htay Chun says a pact between Thai and Myanmar is now in its final stages.

AS MYANMAR tries to grow its young capital market with the help with international partners, Thailand will become the first foreign country to sign a memorandum of understanding (MoU) with the Securities and Exchange Commission of Myanmar in less than three months, according to Htay Chun, commissioner of SECM.

He said the securities and exchange commissions of both nations have been negotiating to sign the pact for more than one year, and the process is now at the final stage. Earlier, the SECM has signed a MoU with International Finance Corporation, a private sector arm of World Bank Group.

“The MoU will significantly increase the cooperation between the two securities regulators, particularly in the areas of capacity building, capital market development, and exchange programmes between the two commissions. We are now waiting for the Cabinet’s approval to sign the agreement,” he said.

He believes the agreement can be signed in the third quarter of 2017, as all the legal requirements have been fulfilled. “Thailand has acquired over 40 years’ experience in the capital market. SET [Stock Exchange of Thailand] has already achieved success. So, it will be great if we have a chance to learn from them, as we are still at an early stage of development,” he said.

Last month, a 35-member Myanmar delegation including commissioners of SECM, representatives of Yangon Stock Exchange (YSX), listed companies and securities companies and potential public companies visited the offices of SECT and SET to learn about the practices in Thailand.

“We do understand capital market is an engine for economic growth and prosperity. So we have tried our best to fulfil the requirements for developing our securities market. Improving cooperation with SECT is part of our strategy,” said Htay Chun.

Established on August 19, 2014, the commission now has only six members including the chairman who is the deputy minister for planning and finance. The commission issued Securities Exchange Rules on July 27, 2015.

“At present, sharing trading on YSX is not active and energetic. We need to increase listed companies and expansion of trading volume. We have found out that most of the public companies [in Myanmar] need to be strengthened through corporate governance, especially enhancing transparency,” he said.

The commissioner said only 40 out of 293 public companies registered at Myanmar Investment Commission have the potential to become listed ones. He hopes two or three more public companies will meet the criteria to be listed on the YSX.

He urged public companies to become listed on the stock exchange for fundraising, building investors’ confidence, improving their corporate image and dignity and their sustainable growth.

He said a company with a good corporate governance system has excellent opportunities for funding from capital market through Initial Public Offering.

“Listed companies can significantly benefit from a better understanding of the best practices to raise their transparency and disclosure standards. By contrast, weak disclosure and non-transparent practices may lead to unethical behaviour and to a loss of market integrity at great cost, not only to the company and its shareholders but also to the economy as a whole,” he said.

Additionally, the commission has planned to do awareness-raising about the capital market by educating potential investors in major cities on a monthly basis.