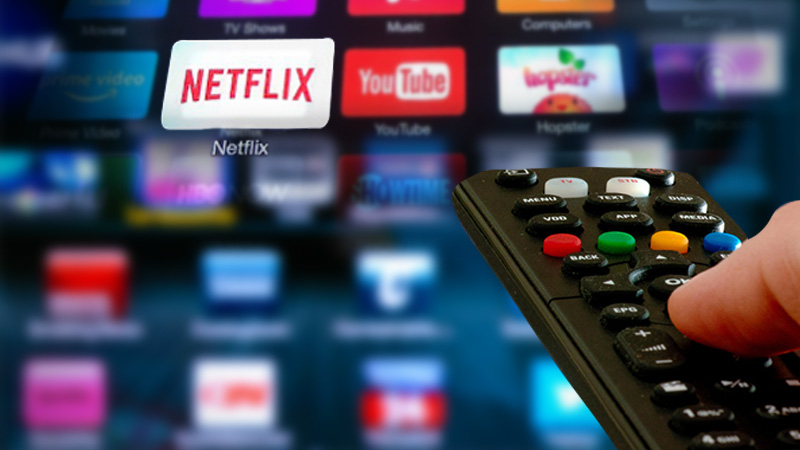 It's been asked before: Why, if we hate television commercials, do we love Super Bowl ads so much? The question is more relevant now than ever. As consumers ditch cable, Netflix's new streaming-TV rivals are weighing the pros and cons of placing ads on their services.

Already 18 million traditional pay-TV subscribers may have cut the cord in the last six years, according to Nielsen data and research by Geetha Ranganathan, an analyst for Bloomberg Intelligence. The pace accelerated last year, with recent earnings reports from AT&T owner of DirecTV) and Comcast revealing an exodus of 3.4 million and 733,000 traditional video customers, respectively. A proliferation of new streaming apps - Disney+, Apple TV+, Peacock, HBO Max - promises to see the cord-cutting trend continue this year.

For now, many of these new apps have opted to go ad-free, like Netflix. But that may not always be the case; advertising is likely to play a large role in the future of streaming TV, just as it has for cable networks. For one, ads are a lucrative source of revenue for programmers. Two, advertisers want access to the growing streaming audience. Three, ad-supported viewing might mean cheaper subscriptions for premium content. And so this Sunday's Super Bowl LIV - between the San Francisco 49ers and the Kansas City Chiefs - comes as a timely reminder that for all the anecdotal aversion to ads, they're not always so bad.

What is it about Super Bowl commercials that makes them less annoying than all the other campaigns for beer brands, cars, chips, insurance and paper towels throughout the year? It's hard to say. Of course, breaks are a natural part of sports viewing, and at the Super Bowl, they're as much a part of the event. But take a look at the most-liked ad spot during last year's big game, which was M&M's "Bad Passengers," according to a survey of 500 viewers by consumer research firm Suzy.

It's funny. It features a well-known actress. It tells a mini-story in the sense that you have to keep watching to find out who Christina Applegate is reprimanding in the back seat - the twist being that it's the M&M's characters and not her kids. It's what the industry might call a "premium" ad. Is this must-see TV? No. Would I rather skip to the next episode of, say, "Schitt's Creek" uninterrupted? Yes. But if watching this silly M&M's ad meant I could stream for free, then I might take that option. After all, one of the biggest drivers of cord-cutting is the desire to save money. Some companies, such as Comcast, have caught on to this frustration brought on by the panoply of streaming subscriptions and are looking to ads as the solution.

Super Bowl ads have also been getting shorter. About 11% of ads during last year's match were 15 seconds or less, compared with just 5% in 2015, according to Kantar data. Part of the reason is that Super Bowl commercials are just so darn expensive: Buying 30 seconds of air time this year, like the M&M's spot above, set advertisers back as much as $5.6 million (not including production costs), according to the FOX broadcast network.

One of the more buzzed-about ads this year is for Bud Light Seltzer, and it clocks in at one whole minute. There are two versions featuring rapper Post Malone, and the company is gauging social media to determine which one to air on Sunday:

Streaming-TV services and on-demand content will require shorter ads. Thanks to Netflix, streamers have become accustomed to binge-watching without any interruptions at all. (And Netflix says it's not planning on changing that.) And so bringing ads into streaming will require lots of creativity and restraint on the part of the media companies. Hulu, for its part, has experimented with "pause" ads that appear only when pausing a video.

When Comcast's NBCUniversal launches Peacock in April, it will have just five minutes of ads per hour. In turn, viewers can stream for free. It's the first of the major media companies to go this direction, and I suspect it won't be the last. "We will make sure that every ad looks as good as the premium content that it's paired with," Linda Yaccarino, who oversees advertising at NBCUniversal, said at a presentation this month.

Ads aren't going away, but they don't have to be painful. Some are even entertaining. Watching four hours of football, though? That's a different story.