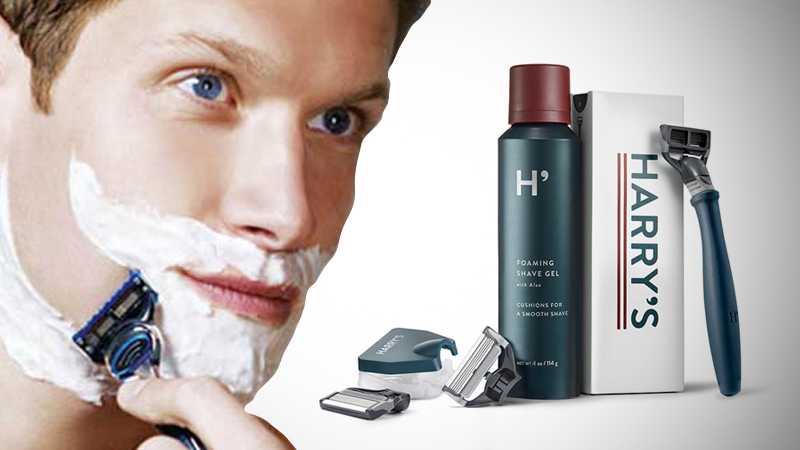 Harry's billed itself as an alternative to overpriced razors, and the sales pitch worked - too well, in fact.

There had been some thought that Edgewell would fight for the Harry's deal in court, but the company said Monday it's instead walking away, "given the inherent uncertainty of a potential trial, the required investment of resources and time and the distraction that a continuing court battle would entail." Shareholders are fine with that: The stock rose more than 20% on Monday after climbing 13% on Feb. 3, when the FTC's opposition was announced. While investors may be happy to say goodbye to an acquisition that was arguably overpriced, regulators' opposition to the takeover has wide-ranging ramifications. Among other things, this threatens to close the door on one of the more sure-fire exit strategies for would-be direct to consumer unicorns.

In advertisements, Harry's pitched itself as "the shaving company that's fixing shaving." In its complaint, the FTC argues that Harry's successfully disrupted an effective duopoly between Edgewell and Gillette-maker Procter & Gamble Co. and forced the incumbents to start lowering their prices for razors. Curiously, it argues that this only happened once Harry's products migrated out of the e-commerce-only environment in which they launched and started appearing on shelves at Target and Walmart stores. Using similar logic, the FTC dismisses Dollar Shave Club - acquired by Unilever in 2016 for $1 billion - as a full-blown competitor capable of making up for the loss of an independent Harry's in part because it still mainly sells razors via an online direct-to-consumer model.

The idea that firm lines exist between the online and brick-and-mortar worlds - and that pricing dynamics in one don't affect the other - feels rather silly in this day and age. Most consumers wouldn't distinguish between the two marketplaces, and increasingly, neither would businesses. The FTC's decision to block the Harry's purchase is reminiscent of pushback to the merger of Staples and Office Depot in 2016, where the regulator ignored the stream of sales defecting to Amazon and declined to view it as a strong enough competitor in commercial office supplies. Amazon's 2017 acquisition of Whole Foods Market, by contrast, was waved through without a second glance and closed in just two months.

Notably, without Harry's and without the sales from an infant and pet-care business Edgewell sold in December, the company now expects total revenue to decline as much as 5% this year. When Edgewell had announced the Harry's purchase last year, it projected a $20 million increase to Ebitda by 2023 from annual cost savings and an additional $20 million boost from revenue benefits, including new brand launches and international expansion opportunities.

Antitrust regulation isn't a forward-looking industry and I don't think anyone would want to task the FTC or the Department of Justice with picking out the winners and losers of the future. But the result is a system that seems ill-suited to navigating the changes to the economy from e-commerce and direct-to-consumer business models. And while regulators may not want to predict the future, their actions will have a significant impact on what unfolds from here.

One of the odd messages being sent by this decision is that it may be better for upstart consumer brands to avoid brick-and-mortar stores if they want to sell themselves to a more-established organization down the road. That's not going to be helpful for Target, Walmart or the bevy of aging department stores trying to compete with Amazon and make themselves relevant to today's consumer. Another alternative is for startups to sell out before they get big enough to matter, which raises the odds that smaller brands get swallowed up and killed off rather than nourished into viable competitors. The IPO route looks increasingly closed, at least at the valuations many had enjoyed in the private markets. Some brands will still succeed as independent entities - Glossier, Allbirds and Warby Parker come to mind - but the road to making it big arguably just got tougher.