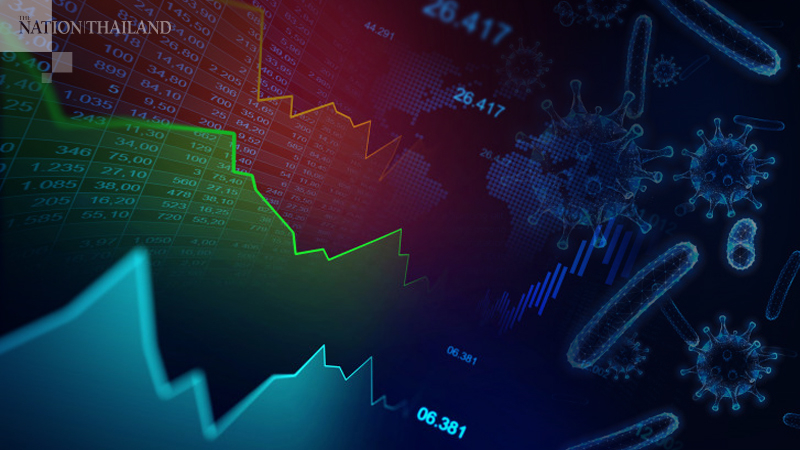 Fear over the economic fallout from the spreading coronavirus tightened its grip on global markets, sending U.S. equities to a seventh straight loss and sparking demand for safe assets from Treasuries to the yen.

The S&P 500 plunged more than 2.5% Friday and is now down 14% from its record. The index is mired in its longest slump in over three years and careening toward its worst week since the financial crisis. Treasury yields sank to all-time lows, with the two-year tumbling through 1% and 30-year rates under 1.7%. Crude slid toward $45 a barrel, while gold lost 1%. European shares headed for August lows and Asian equites fell more than 3%.

The sell-off picked up steam after a White House official suggested the virus could force some schools to close and more companies warned that disruptions could upend sales and profit forecasts. Germany quarantined about 1,000 people and Switzerland banned large events, leading to the Geneva car show being canceled. Iran and South Korea revealed more infections while the first cases appeared in Mexico and Nigeria, Africa's most populous country.

That's all put shares worldwide on course for the worst week since the 2008 crisis, down around 10%. With the likes of Citigroup saying they want to see markets "closer to panic" before going all-in on global equities, the dip buyers who have helped make this bull market the longest on record are nowhere to be seen.

"Investors are selling stocks first and asking questions later," Keith Lerner, SunTrust's chief market strategist, wrote in a note. "We are seeing signs of pure liquidation. 'Get me out at any cost' seems to be the prevailing mood. There is little doubt the coronavirus will continue to weigh on the global economy, and the U.S. will not be immune. There is much we do not know. However, it is also premature to suggest the base case for the U.S. economy is recession."

Downgrades to the global outlook keep rolling in and money markets now see three Federal Reserve interest-rate cuts this year. Bank of America predicted that the global economy will see its weakest year since the financial crisis as the virus damages demand in China and beyond.

"Asset prices diverged significantly from growth in the past year, in part because of central bank policy, but also because passive investment's main signal is price action," reckons James McCormick, global head of desk strategy at NatWest Markets. "The COVID-19 escalation runs a real risk of virtuous cycle turning to a vicious one. Either way, given where growth estimates are heading for the next few months, I'd expect more downside."

Amid the hunt for havens, the yen is on course for its biggest weekly gain since mid-2016, though gold was set for a decline after a multi-month rally.

Elsewhere, New Zealand's dollar fell 1% Friday as the country reported its first case of the virus and investors bet on policy easing from the central bank. Turkish stocks plunged as tensions between Ankara and Moscow soared.

- The yield on 10-year Treasuries declined four basis points to 1.22%.

- The yield on two-year Treasuries decreased eight basis points to 0.98%.