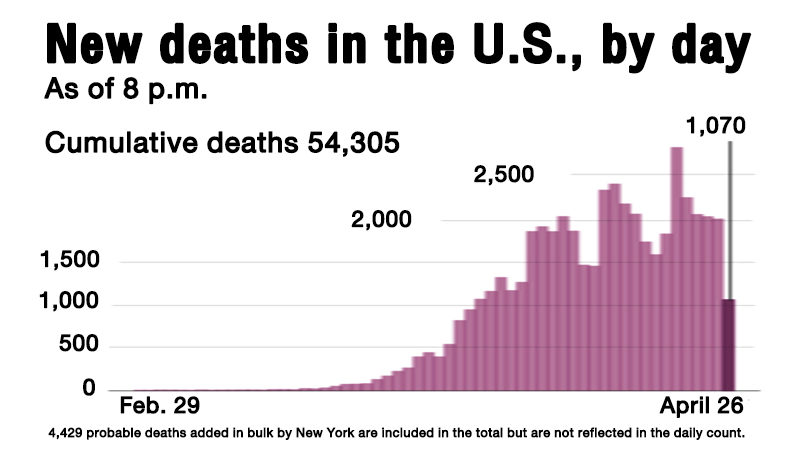 If we have learned anything during the pandemic, it is that the quality of national health-care systems contributes to healthy economies. South Korea, Taiwan and New Zealand, the countries with the fewest coronavirus cases and deaths per million people, are proving that right now.

The link between economic and physical health also happens to be at the core of America's decade-old Affordable Care Act. There's now enough data showing that the job market in states initially refusing and subsequently embracing the health-care law's most controversial safety net outperformed states still opposed to it. That's a lesson the governors of ACA holdout states like Florida, Georgia and Tennessee should remember, especially as they press to free their economies from the coronavirus restrictions that are intended to save lives and to make any recovery that much stronger.

Obamacare was designed to allow the entire population to gain private or public health care funded with corporate, federal and state revenue that combined would reduce the national burden and strengthen the economy. It specifically allowed children to remain insured on a parent's policy until age 26, required the equal treatment of people with preexisting conditions, and prohibited annual or lifetime coverage limits. Most important, it expanded eligibility for Medicaid, the government program for people of all ages whose resources are insufficient to pay for health care.

The coronavirus is making it clear, in Benjamin Franklin's words, "We must all hang together, or most assuredly we shall all hang separately."

That was also the conclusion of two former national security officials -- Michele Flournoy, undersecretary of defense for policy between 2009 and 2012, and Michael Morell, former deputy director of the CIA -- in a Washington Post essay earlier this month. Former Treasury Secretary Robert Rubin said recently in the New York Times that bringing the economy back to life after the coronavirus pandemic "should also pursue universal health care coverage, preferably through a public option, while at the same time reducing our system's overall costs, which far exceed other developed economies'."

With Obamacare, the nation's uninsured rate dropped to a record-low 10.9% in 2016 from a record-high 16.7% in 2010. It has since climbed to 13.7% under President Donald Trump, who called Obamacare "really bad health care" as he eliminated some of its safeguards and celebrated a 2018 decision by a U.S. judge in Texas agreeing with 20 states challenging its constitutionality.

When Obamacare became effective in 2013, its increased eligibility for Medicaid was welcomed by 27 states, led by New York, whose uninsured rate declined to a record-low 4.7%, and California, where the rate declined to 7.2%.

The 23 other states, all of whom voted for Trump in 2016 and were led by Republican legislatures, initially opposed the Medicaid expansion program, which today insures 1 in 5 Americans. But nine of these red states adopted the Medicaid expansion in 2014, providing an opportunity to compare their labor participation and employment rates over two five-year periods (2010-2014), (2015-2019) with the rates of the 14 still resisting its adoption.

The average labor participation rate for the 14 states refusing Medicaid expansion declined 2.2% in the five years before 2014 and fell another 0.2% in the subsequent five years, representing an inferior improvement of 2 percentage points, according to data compiled by Bloomberg.

Texas experienced an initial 1.5% drop followed by another 0.3% decline, for a total gain of 1.2%. Florida saw a 2.2% decline in the first five years and 0.2% drop in the ensuing five-year period. Wisconsin fell 1.5% initially and an additional 1.2% in the second five years, for an improvement of 0.3%.

While Arizona, Kentucky and Michigan saw their labor participation rates climb since 2014, Florida, Texas and Wisconsin showed only a smaller average rate of decline.

Employment growth shows a similar dichotomy. Total employees for the nine states that voted for Trump and adopted the Medicaid expansion in 2014 increased 4.9% in the five preceding years and 6.5% in the subsequent five years, an improvement of 1.6%. Kentucky jobs gained 2.1% in the initial period and then tripled in the five years ending in 2019, a favorable difference of 4.2 percentage points.

In Texas, the second-most populous state where employment increased 13.4% to 12.5 million during the five years before the end of 2014, the job growth decelerated by 3.4 percentage points during the next five years, according to data compiled by Bloomberg.

Obamacare in its fullest incarnation shows that when people know their health care is secure, more of them have jobs and more of them will find them in a robust economy.

That's gone now in the dark days of the coronavirus. But when the recovery begins, augmenting the Affordable Care Act may be something even capitalists and socialists can agree on.

Winkler is co-founder of Bloomberg News (1990) and editor in chief emeritus; Bloomberg Opinion columnist since 2015; co-founder of Bloomberg Business Journalism Diversity Program in 2017. During his 25 years as editor in chief, Bloomberg News was a three-time finalist and winner of the Pulitzer Prize for Explanatory Reporting and received numerous George Polk, Gerald Loeb, Overseas Press Club and Society of Professional Journalists and Editors (Sabew) awards.