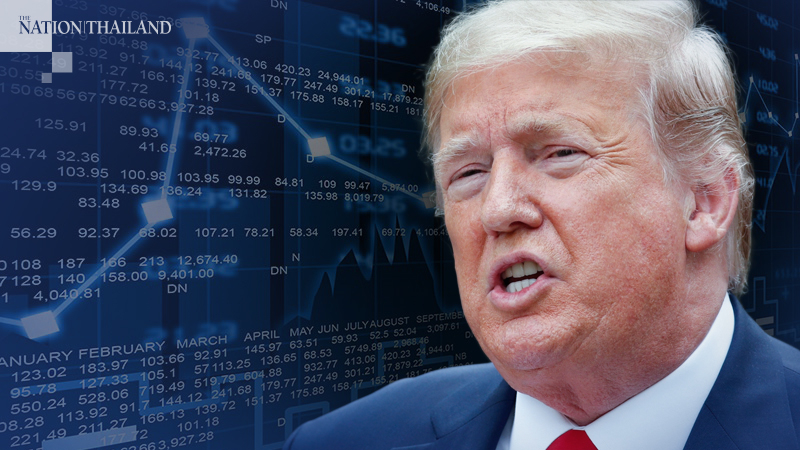 Experts advise that Thai investors diversify their portfolios to escape market volatility before and after the US presidential election.

Wednesday’s opening presidential debate between Donald Trump and Joe Biden focused on personal attacks rather than policy and was unlikely to affect voters' decisions much, according to most observers.

Thai fund managers assess that Biden has more credibility than Trump, but say the election’s outcome is far from certain, pointing to Trump’s win in 2016 despite Hillary Clinton gaining the majority of votes. The uncertainty will fuel stock market volatility both before and after the election, they add.

Thanavut Pornrojnangkool, deputy managing director at Bangkok Capital Asset Management, said that if Trump wins the election, the market will be buoyed by his existing policies which benefit big business, but also nervous over any new and unexpected policies.

"Investors should beware of stocks linked with China because Trump may impose policies that could trigger a US-China trade war at any time," he said.

Meanwhile a Biden win would affect listed companies' profits because he has policies to collect more tax from companies and middle- and upper-class citizens in order to reduce inequality.

However, a Biden’s presidency would be more predictable, meaning investors could focus on sectors that benefit from Biden's policies and avoid sectors that would not, he added.

To deal with volatility before the presidential election, he advised investors to diversify and buy assets amid market corrections for good returns in the long term.

Win Phromphaet, chief investment officer at Principal Asset Management, said investors needn’t worry about the presidential election because it would not strongly affect the direction of US stocks.

"Records show the US stock market has risen for 17 out of 19 US presidential elections. The market has fallen only twice at this time, due to the Dot-com bubble crisis in 2000 and the Hamburger crisis in 2008, so we expect it to rise despite the Covid-19 crisis this year," he said.

Market volatility before the election was a chance to increase investments in stocks with growth potential and also technology shares, which are currently popular, he added.

Somchai Amornthum, of the Strategic Asset Allocation & Fund Marketing Department at Krung Thai Asset Management, said the US stock market will fall if there is a political change but rise if Trump is re-elected.

"The US-China trade war will pressure the market if Trump wins, while risks of increasing tariffs will pressure it if Biden wins, but we believe the market has already priced in the negative sentiment, as seen from the fall in September," he said.

"So whoever wins the election, stocks are still an interesting choice for long-term investment to generate returns amid low-level interest."

He added that investors should hedge between US and China stocks to manage market volatility before and after the presidential election, as well as keeping an eye on both the domestic and international situation before investing in Thai shares.