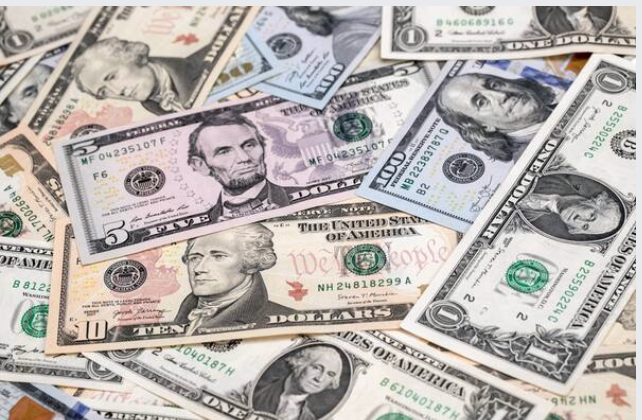 A lot of people believe that inflation in the U.S. is dead or, if not dead, in a state of suspended animation for the foreseeable future. They could be setting themselves up for an unpleasant surprise.

In official projections and market prices, it's hard to see any concern about the possibility of excessive inflation. According to the Federal Reserve's September Summary of Economic Projections, inflation won't get back to the Fed's 2% objective until 2023. The yields on different types of Treasury securities suggest that investors expect annual inflation to average 1.9% over the next decade - or an even lower 1.6% by the Fed's preferred measure.

No doubt, inflation has been very low for a long time, despite extreme monetary stimulus. But is it right to believe so strongly that the trend will persist? I see a number of reasons inflation might come back much more quickly than the consensus suggests.

First, the onset of the pandemic in March and April drove prices down sharply - by half a percent, according to the Fed's preferred measure (the price index for personal consumption expenditures, excluding food and energy). This has depressed year-over-year readings of inflation. But after April 2021, the lower readings will become the new basis for comparison, and year-over-year measures of inflation will jump.

Second, the development of effective vaccines will allow people to return to their normal spending patterns by the second half of 2021. The leisure and hospitality industry - including restaurants, hotels and airlines - will probably regain pricing power as demand recovers. Sharp price increases might even be needed to balance demand with the available supply, which the pandemic has undoubtedly diminished. These are unlikely to be offset by price decreases in areas that probably will see less demand, such as online streaming (Netflix) and videoconferencing (Zoom).

Third, the lingering effects of the pandemic will make it difficult for companies to meet increased demand by simply producing more with the same people and capital. When the crisis period ends, capital will not be allocated to its most productive uses: Many expansion projects and investments have been suspended and new demand patterns will likely emerge post-pandemic. Also, many workers will have left the hardest-hit sectors, making it difficult for businesses to find the labor needed to expand. Some businesses, such as restaurants, will simply have disappeared, reducing the capacity available to meet resurgent demand.

Fourth, the Fed has revised its long-term monetary policy in a way that allows for more inflation. Previously, the central bank aimed to hit its 2% target regardless of how far or how long inflation had strayed from that objective in the past. Now the Fed wants inflation to average 2%, which means it will have to exceed 2% for a significant time to offset the chronic downside misses that have accumulated over the past decade.

Specifically, Fed officials have said that they won't raise short-term interest rates until employment is at its maximum sustainable level, and inflation has reached 2% and is expected to go moderately higher for some time. This means they're unlikely to respond to any inflation uptick until they expect it to be both persistent and sizable.

Fifth, the government is much more likely than it used to be to support the economy with added spending. Fiscal orthodoxy has shifted: Instead of worrying about rising federal debt burdens, economists now see much greater scope for aggressive action to offset significant shortfalls in demand. As a result, the government probably won't want to remove fiscal stimulus as quickly as it did after the 2008 financial crisis (a move that led to a disappointingly slow recovery). That said, the Joe Biden administration might not be able to do what it wants if Republicans retain control of the U.S. Senate.

All told, inflation might be a greater danger precisely because it's no longer perceived as such. Policy makers want to push it higher. Most households and businesses are not concerned about the risks. Once the pandemic abates, those risks will no longer be entirely on the downside. And given how completely financial markets have come to expect low inflation and interest rates, and how much support those expectations are providing to bond and stock prices, an upside surprise could prove nasty.

This column does not necessarily reflect the opinion of the editorial board or Bloomberg LP and its owners. Dudley is a senior research scholar at Princeton University's Center for Economic Policy Studies. He served as president of the Federal Reserve Bank of New York from 2009 to 2018, and as vice chairman of the Federal Open Market Committee.