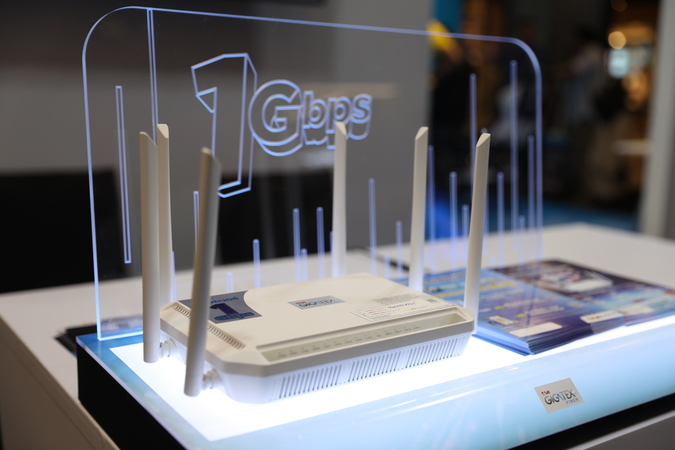 We’ve seen the ads and heard the hype, but just how fast is an Internet connection delivered at 1 Gbps?

To find out, I tried True Online’s GIGATEX Fiber 1 Gbps package, which boasts a download speed of 1,000 Mbps and max upload speed of 100 Mbps, and found it was indeed blazing fast.

And best of all, the price of the 1 Gbps connection speed has dropped significantly to the point that it’s affordable to most households wanting a super-fast data connection that allows for simultaneous use by several members of the family. When the 1 Gbps package was launched, the price was Bt2,999.

During the test, I was able to download 735 megabytes of music files in less than two seconds, which is amazingly fast. It’s worth noting though that download speed can be affected by several factors, including the upload speed of the servers where the files are hosted and how your computer is connected to your Internet router.

True Online has estimated that with the 1 Gbps connection speed, you can download a two-hour HD movie in just 36 seconds or a two-hour 4K movie in four minutes. Downloading 150 pictures can be done within three seconds and 120 MB of music files in 1 second, True Online says, adding that the bandwidth will allow you to download 1.5 gigabyte of an online game in just 12 seconds.

But do you really need such a huge bandwidth at home? Apparently so: Modern families are now demanding more and more bandwidth because of their online lifestyle where streaming 4K or Full HD movies from services like Netflix, iflix and TrueVisions is the norm.

Such a huge bandwidth is necessary now because members of each modern household now stream movies from IPTV services to more than one smart TV at the same time while others play online games and download huge files, such as movies and music – all simultaneously.

During my test, I streamed a Netflix movie to a smart TV in the living room, while also using the True ID TV box to stream a HD movie from TrueVisions, used my iPad to play an online game as another family member played an online game on his smartphone. I was also streaming music from Spotify on an iMac and using the Synology DiskStation DS418j storage system to download movies from the Internet. All were carried out simultaneously without any signs of a sluggish performance. The movies streamed smoothly as did the Spotify music.

But a fast connection speed to the Internet is not all you need to ensure a smooth digital life. You also require a capable wireless router to distribute bandwidth among various gadgets in your home to ensure that all devices get enough bandwidth.

As a result, True Online is now offering its 1 Gbps service with a fast Gigatex Fiber Router, a fast Wi-Fi router with a built-in fiber optics port. The router has fast 802.11ac Wi-Fi connection and MU-MIMO (multi-user multi-input and multi-output) technology.

During the test, I used the Huawei FTTx router and my own Linksys Max-Stream EA8500 router that also supports MU-MIMO technology. The operation was fast and smooth.

True Online says it is able to provide fast and affordable Internet connection because of its long experience in providing such services for several years, going back to the period when we used an analog a 56k modem. Yes, kids, those did exist once! 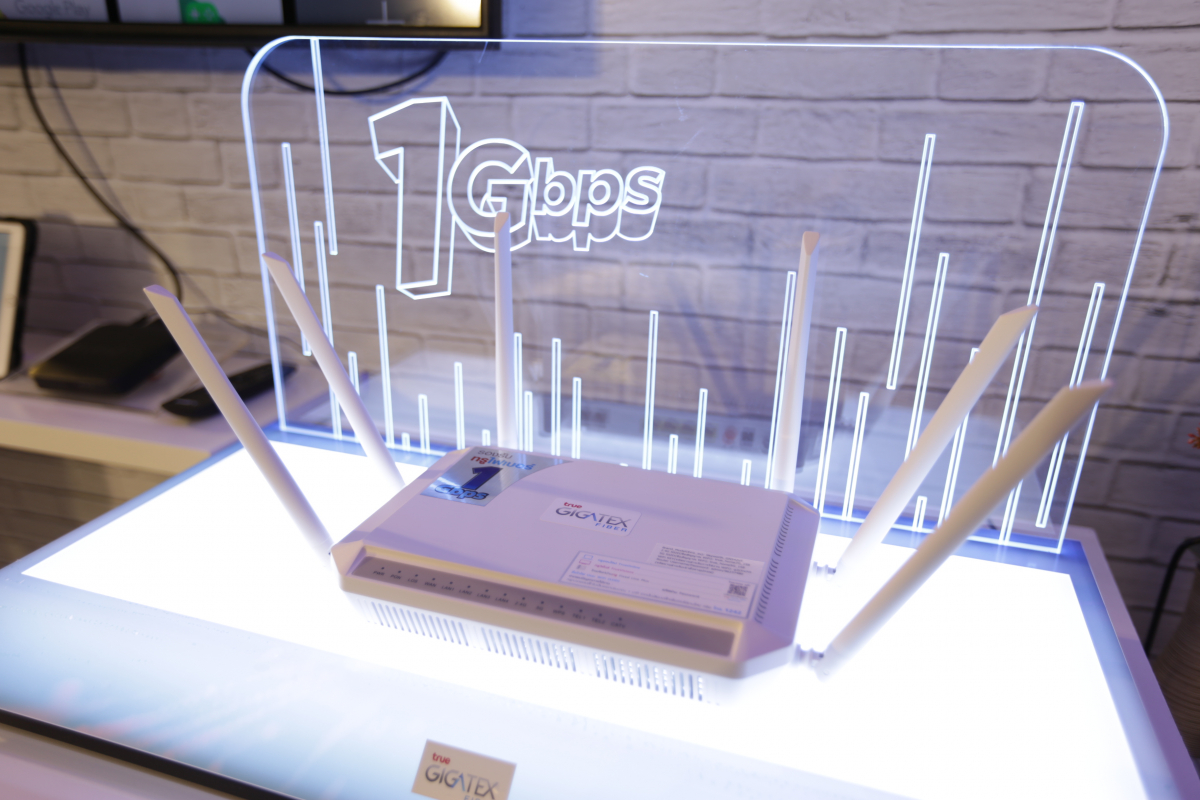 For those readers who might be interested, a short history: True Online started the Internet connection service with TA Easy Click in March 2003, using analog land-based phone line and 54k modem.

Then in July 2003, True launched Hi-Speed Internet with the speed of 128 Kbps, using ADSL technology. The speed was upgraded to 256 Kbps in December that year.

Then in June 2011, Tue Online launched its FTTx service – aka the “Fiber to the Home” service – that evolved into the True Super Fiber service we use today.