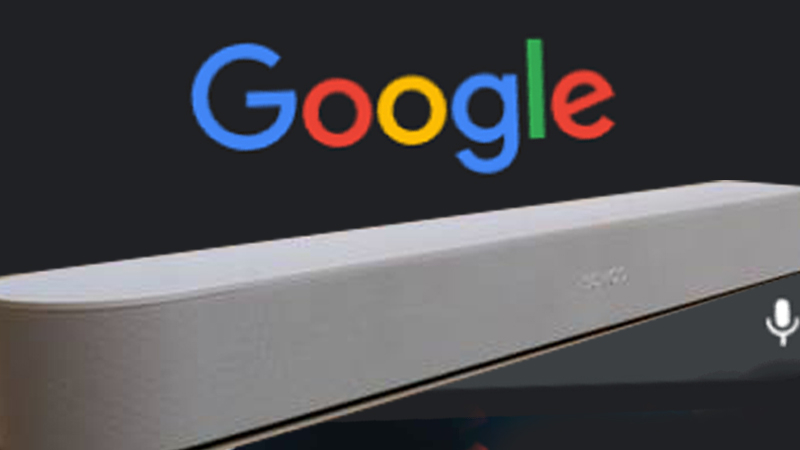 Sonos alleged in two federal lawsuits Tuesday that Google swiped technology used in its speakers to create its own, seeking a halt on further sales of the devices as well as financial penalties.

In the suits, filed with U.S. District Court in Los Angeles and the U.S. International Trade Commission, Sonos claims Google co-opted patented technology that allows for its speakers to work in multiple rooms and put it to use in its own speakers, including the Google Home and Pixel devices and the discontinued Chromecast Audio. Google gained access to Sonos's technology through a partnership begun in 2013 allowing Sonos's speakers to work with Google Play Music, according to the suits.

"Google has not merely copied Sonos's patented technology, it has also subsidized the prices of its patent infringing products, including at the entry level, and flooded the market," according to one of the suits. "These actions have caused significant damage to Sonos."

Google denied the allegations and said it would "vigorously" defend itself in court. "Over the years, we have had numerous ongoing conversations with Sonos about both companies' IP rights and we are disappointed that Sonos brought these lawsuits instead of continuing negotiations in good faith," said a spokesman, Jose Castaneda.

The lawsuits were reported earlier by The New York Times.

The suits speak to the increasingly symbiotic relationship of technology firms. While fiercely competitive, they are often compelled to work closely with one another to promote or sell their goods, something unthinkable in older industries such as autos.

Sonos's actions add to an increasingly challenging slate for new Google-parent CEO Sundar Pichai, who was promoted late last year. The company is facing antitrust probes from U.S. federal and state regulators, as well as scrutiny over its planned acquisition of fitness tracker Fitbit.

Amazon and Google dominate the U.S. smart speaker market, accounting for 61% and 24% of devices sold, respectively, according to data from Voicebot. Sonos is included in a category along with Apple and others that make up 15% of the market collectively.

The speaker maker claims in the suits that Google infringed on five of its patents, and it is seeking unspecified damages. It asked the courts to halt sales of devices such as Google Home speakers, Pixel phones, tablets and laptops.

Google purportedly pilfered elements of Sonos's software that makes it easy for users to set up multiple devices on a single local network and simultaneously adjust the volume and synchronize the audio on them, according to the suit. Sonos devices were once the gold standard for wireless audio, eliminating the need for unsightly cords strung room to room.

The company said that it raised its concerns with Google starting in 2016 but that the tech giant continued copying its proprietary software in multiple devices. That gave Google a leg up to roll out more inexpensive devices more quickly, as it didn't have to spend as much time or money developing the underlying technology, Sonos claims.

Sonos said "Google's business strategy to use its multiroom audio products to vacuum up invaluable consumer data from users and, thus, further entrench the Google platform among its users and ultimately fuel its dominant advertising and search platforms," according to the suit.

Sonos grew in popularity due to its wireless speakers that could be easily controlled to play in multiple rooms at once from a single digital player. But it was soon challenged by a host of lower-priced rivals, including from Google.

Tuesday's suits mark the second time in recent months that Sonos has sued over alleged patent infringement. In June, it filed a lawsuit against speaker maker Lenbrook, which makes speakers and other audio products, claiming it stole technology while working as a distributor for Sonos.

That case is still pending.