Wilfrid Hocquet, left, executive chef of Blue by Alain Ducasse, and Ducasse, right, the world’s most decorated iconic mentor-chef who has amassed more Michelin stars than any other living chef

Alain Ducasse, one of the world’s greatest and most decorated chefs, is set to open his first restaurant in Bangkok at IconSiam on November 29.

Called "Blue by Alain Ducasse", the fine-dining restaurant with panoramic views over the Chao Phraya River, is the latest addition to Bangkok’s dining offerings.

Ducasse, a mentor to tens of other great chefs, has amassed more Michelin stars than any other living chef with globally reputed eateries in Monte Carlo, Paris, and London, as well as in Asia in Tokyo, Hong Kong and Singapore.

Chadatip Chutrakul, director, IconSiam, and chief executive officer of Siam Piwat Co, Ltd, said, “Blue’s establishment in Bangkok is a landmark occasion and announces to the world a new level of culinary greatness for our city. We are proud that IconSiam has won the confidence of the world’s most eminent chef and attracted him to create his first restaurant in Bangkok, as he has already done in the world’s greatest cities."

"We are confident that the extraordinary talent behind Blue will make it one of the world’s most outstanding restaurants and help bring further honour to our city,” she added.

Ducasse said, “Bangkok is an inspirational city that excites me with its possibilities. I have created a menu that is exclusive to Blue, which complements the magnificent location of the restaurant and plays to the richness of the city. He said it was contemporary French.

“Blue is a modern, fine dining restaurant that is refined and elegant without being overly formal, where people can enjoy a sense of occasion or simply meet to talk business. It is a place where people will bring their loved ones and their most valued guests.”

“We offer small plate appetizers and many signature dishes that have won the hearts and palates of people around world who have a passion for great food and excellent ambience,” he said.

Hocquet has over 20 years of international experience, including three years at the legendary 3 Michelin star ‘Le Louis XV – Alain Ducasse’ in Monte Carlo’s Hotel de Paris, as well as stints at three other Michelin-starred restaurants.

Alex Cufley, who opened the "Alain Ducasse at Morpheus" in Macau, and which has earned a 2 Michelin star rating in its first year, has been appointed general manager of Blue. He leads a staff of 50 at the restaurant.

Cufley said Blue embraces all demographics, “from locals to tourists, the older and the younger, but all of whom will have a common desire to experience a very special sense of exclusivity and enjoy the finest in dining in a relaxed environment that will make family and friends feel at ease".

Blue is located on the first floor of IconSiam with wide, panoramic views over the Chao Phraya River. It seats 84 people at 29 tables, with two private rooms for another 20 people, and is open for lunch and dinner, seven days a week. It also has a lounge that can seat 24 people, offering afternoon tea, snacks and champagne, and which is open all day, every day.

Blue’s interior was designed by the Jouin-Manku agency in Paris, which has also designed all of Ducasse’s 3 Michelin star restaurants.

Ducasse became, almost 30 years ago, the first chef in the world to win 3 Michelin stars for a hotel restaurant – the Le Louise XV in Monte Carlo's Hotel de Paris. 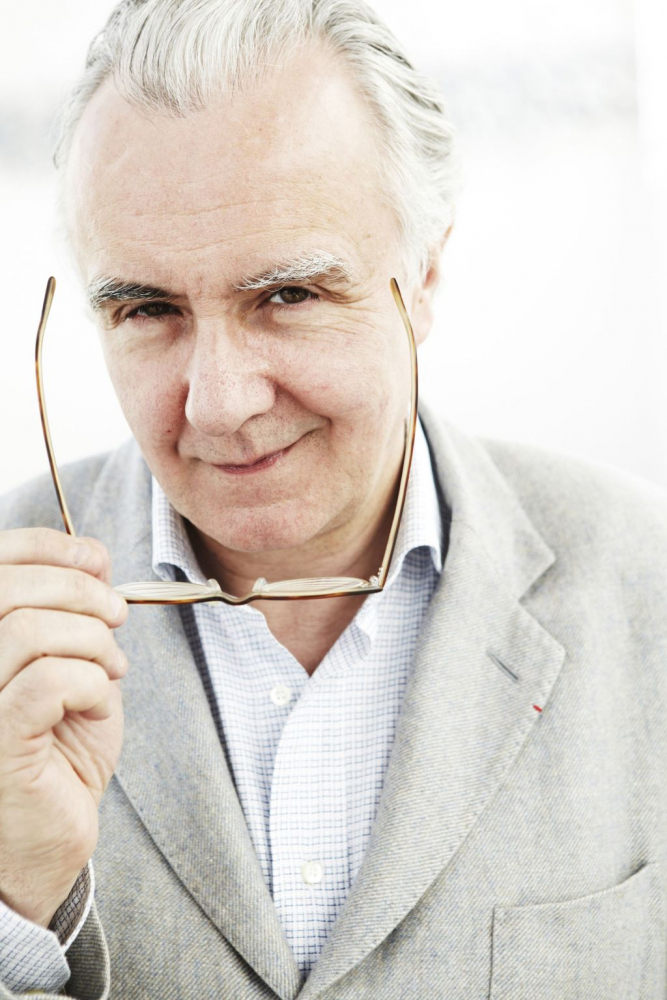 Since then, he has also become the first chef in the world to ever have three restaurants awarded with 3 Michelin stars at the same time, testifying to his unique talent to ensure his culinary magic is consistently delivered across all his restaurants.

He is reputed for the great, personal attention he gives to the finest details around the total dining experience – from table to staff service, to managing talent, and to organising the kitchen. His obsessive attention to detail is widely regarded as one of the reasons for his ability to amass 21 Michelin stars across his 31 restaurants in nine countries.