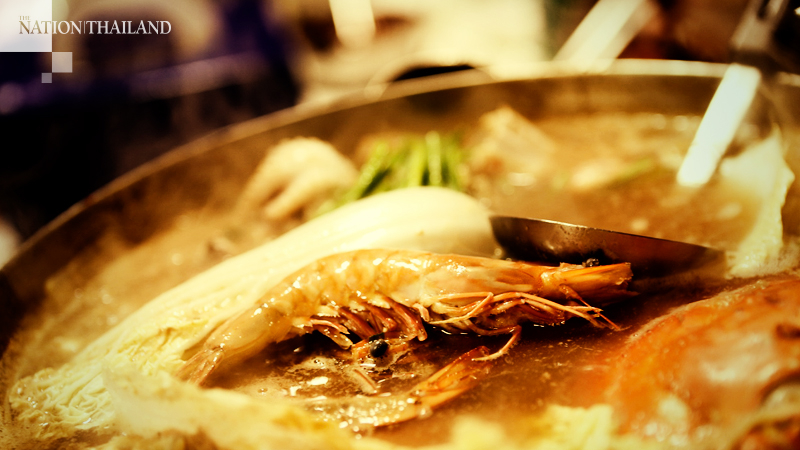 After weeks of lockdown privation, the more iron-stomached among China's diners craved a proper Sichuan-style hot pot, with fiery chili peppers and mouth-numbing prickly ash pods bobbing across a cauldron of red broth.

What they couldn't stomach, though, were the post-pandemic prices.

After public fury over its price increases - about 6 percent over the pre-lockdown menu - popular Chinese hot pot chain Haidilao had to reverse course and apologize to customers last week for the "mistaken strategy," which it said was meant to offset higher costs as it reopened for business. Analysts say Haidilao could suffer hundreds of millions of dollars in losses this year.

China may be known as the world's factory floor, but its main economic driver is now domestic consumption. That means the ability of retailers like Haidilao to woo back wary consumers will be pivotal to a rebound following a dismal first quarter.

China is set to post on Friday its first quarterly economic contraction since it began releasing this data in 1992.

The figures will offer a glimpse into wider challenges. Massive stimulus from China helped stave off a deeper global downturn in 2008, but this time a return to business requires more than cash. The adversary is a microscopic one that thrives on many of the most cherished forms of economic consumption: movie theaters, live concerts and, yes, even tongue-obliteratingly hot hot pots.

"This is a long-term change," said Chiara Capitanio, a Beijing-based advertising executive. "Brands will need to rethink their business models."

A Chinese hot pot consists of a simmering pot of broth on the table, in which diners dip raw slices of meat and vegetables, "rinsing" them until they are just cooked. It's been a popular food for centuries, with the powerful Qianlong emperor in the 18th century eating more than 200 hot pots in one year, at least according to folklore. (It's not known whether Qianlong had to wear a mask and disposable gloves when approaching the sauce bar, as modern-day Haidilao diners are now told to do.)

With the coronavirus outbreak, hot pot took on a new meaning as a vector of infection. Diners sit in a circle for hours dipping into the same pot - often coughing and sneezing from the peppery fumes. When 11 members of one Hong Kong family contracted the coronavirus after sharing a hot pot meal in February, hot pot restaurants across the region went dark.

Popular demand for hot pot has remained strong in China, despite Western visitors often expressing disbelief at a dish that you must cook yourself for hours in the restaurant. Prominent Hong Kong food critic Chua Lam was met with public wrath last year when he declared that hot pot was not delicious.

In modern China, the slow pace of a hot pot meal makes it a favored choice for gatherings of family and friends, allowing time for stories and confessions to unfold across the steaming cauldron. It's also popular with carb-conscious young people, even if the health benefits of the fresh vegetables are neutralized by the soup base, which in the classic Sichuan iteration consists largely of molten beef fat.

Founded in 1994, Haidilao built its reputation on detail-oriented customer service, with waiters providing complimentary plastic sleeves to protect diners' smartphones from splashes of broth, and even hair ties for women to keep their tresses out of their soup. The company - which declined to comment for this article - went public on the Hong Kong Stock Exchange in 2018, and has expanded to Singapore, Seoul and Los Angeles.

Haidilao - whose name means "scooped out of the sea" - was on track for another year of growth before the virus hit. Diners used to wait in dense lines for hours for a table, with Haidilao offering free manicures and shoe shines to help pass the time. Now Haidilao says that at some shops, a robot can scoot to the entrance with take-home orders packed by an employee in a hazmat suit so people can avoid interacting with any other human. As customers wait for the robot, they can read the daily temperature readings of employees on the "Health Wall."

During the weeks of lockdown across China, Haidilao promoted delivery hot pots, a logistical fright for all sides that required shuttling over a portable butane countertop range and pot that must be returned after use. Hot pot smells, however, could linger for days.

China's government is expected to step in to support its economy in coming months, though what exactly this will look like is still coming into focus. What's clear is the country's current leader Xi Jinping is less interested than his predecessors in economic growth for its own sake, but harbors deep ambitions for a Chinese geopolitical rise.

Beijing will likely consider its diplomatic interests as it shapes its stimulus plan, while keeping a close eye on simmering domestic dissatisfaction.

Michael Spencer, Deutsche Bank's chief economist for the Asia Pacific, said in the longer-term, he expects the pandemic to speed the decoupling of global supply chains between the United States and China. But that could take decades, he said, with a critical mass of companies in a sector all deciding to move to the same place before the math makes sense.

In the nearer term, what happens with retailers in China - and around the world - will be key. Capitanio, the ad executive, says brands will need to develop new ways to provide customers with experiences and service, and to effectively communicate to customers the reality of higher costs of virus-prevention measures.