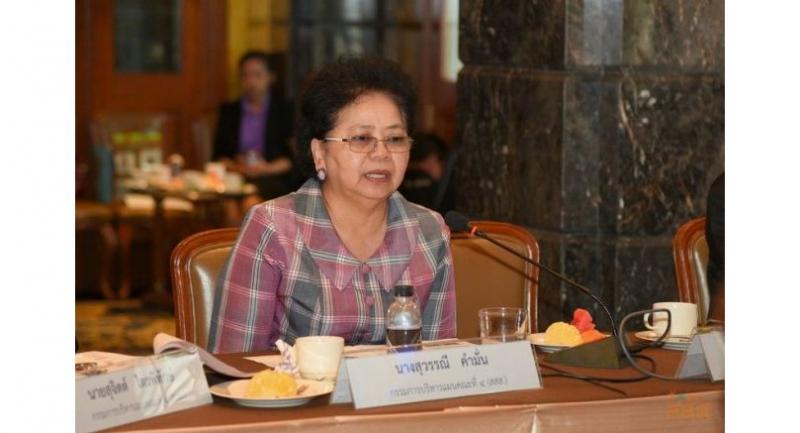 CIVIL SERVANTS are suffering in various fronts including health, money and work, according to a recent survey by the Chulalongkorn University Social Research Institute.

One third of the 1,912 civil servants polled earlier this year were at risk of three non-communicable diseases – high blood pressure, high cholesterol and diabetes – while one fifth suffered work-related stress.
The number suffering “office syndrome” allergic reactions, possibly from dust accumulating on piles of papers, is also rising. Many also exhibited sedentary behaviour, described as staying still at a computer desk during work and not exercising, the institute’s public officials’ health promotion project head Sirichet Sangkaman said.
On the positive side, alcohol drinking and tobacco smoking were no longer big issues in the civil service, as only 6 per cent of state officials reported being regular drinkers or smokers, and among those from “Generation Y” (people born from 1977 to 1995), 90 per cent are non-smokers, the survey found.
Regarding finances, civil servants’ average debts rose to between Bt1 million and Bt3 million per head this year. Most respondents cited the sources of debts as housing payments (56 per cent) and goods and services instalment payments (45 per cent), Sirichet said.
The study also found that job security motivated people to seek jobs in government agencies.
“Baby Boomers” (people born between 1946 and 1964) and “Generation X” (1965 to 1976) were alike in aiming for job security and love in the profession, while the main draw for “Generation Y” was job security, income and material welfare, as well as career advancement and promotion prospects.
As love of the profession was no longer an incentive for most young people, the government sector must attract them with job security, welfare benefits and the potential to further their careers, Sirichet said.

The survey findings were presented during a conference for life-work quality development for public officials at the Thai Health Promotion Foundation office in Bangkok.
ThaiHealth has in the past four years promoted the health and well-being of public officials at 66 public organisations covering 120,000 personnel and created 1,700 health advocates within the agencies. The “happiness index” of civil servants rose from 36 per cent in 2013 to 72 per cent in 2016, according to ThaiHealth executive Suwannee Khamman.
There are 400,000 civil servants and 3 million state agency employees.