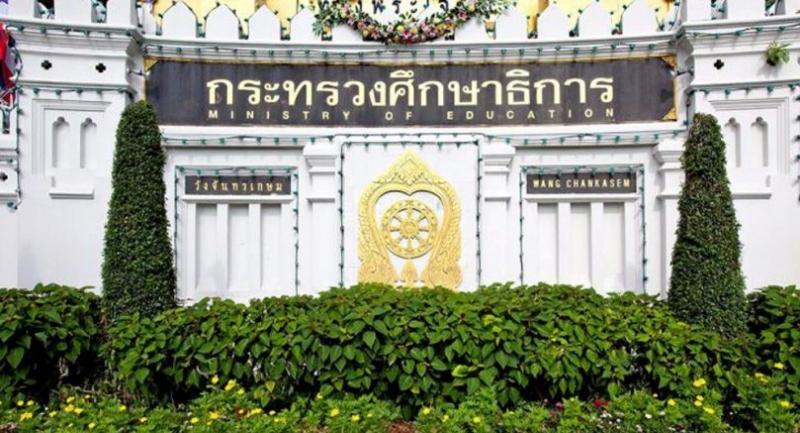 THE EDUCATION Ministry is far too big and has governance problems, the Independent Committee for Education Reform (ICER) pointed out yesterday.
“The ministry hires 400,000 to 500,000 people. This is a very big workforce. We hope the ministry will take into account the fact that the number of students will be falling over time,” ICER member Chaiyuth Punyasavatsut said yesterday.
The number of students will naturally drop in the face of the falling birth rate, and it is widely known that several private schools have gone out of business in recent years.
Chaiyuth also pointed out that there are governance problems at the ministry, saying he had heard complaints about the transfer of teachers and education officials.
Over and above this, he said, the ministry has centralised its power far too much even though the budget, power and responsibility should be decentralised.
“Assigning provincial agencies to be major players in educational services and management have failed to achieve the country’s educational goals,” he added, emphasising that education policies lack consistency, and hence are less efficient.
Chaiyuth was speaking after emerging from a meeting chaired by ICER president Professor Charas Suwanwela.
According to ICER, the Education Ministry should hand the task of recruitment and appointment of personnel to others. A new institute should also be established to prepare the curriculum and academic content that is suitable to each area.
“We also propose that schools be granted an appropriate budget and enough independence for them to deliver quality services,” Chaiyuth added.
He said ICER had pushed for changes to the educational sector via the National Education Bill. However, this draft law was not passed during the current government’s tenure. Besides, he said, hope that the government would push the draft through an executive decree to back the kind of reform ICER wanted has been dashed.
Late last month, Charas publicly said the government planned to push the draft via an executive decree after recognising that it did not have much time left, but then early this month, the government said it had abandoned this plan.
Ekachai Keesookpun, who chairs the Basic Education Commission, yesterday lamented the fact that the plan had been scrapped.
“I understand that the government wishes to avoid criticism that it has rushed legislation of this key education law. But I am worried that if the draft law is presented to Parliament, its essence may be changed significantly,” he said.
He also pointed out that if the key law on the country’s educational reform was not passed during this government’s term, the country will have to wait at least another year for such a law to be legislated.
“The legislation of related educational laws will also be affected. For instance, the country will have to wait another three years for laws like the Bill on Teacher and Educational Personnel Council to be passed,” he added.