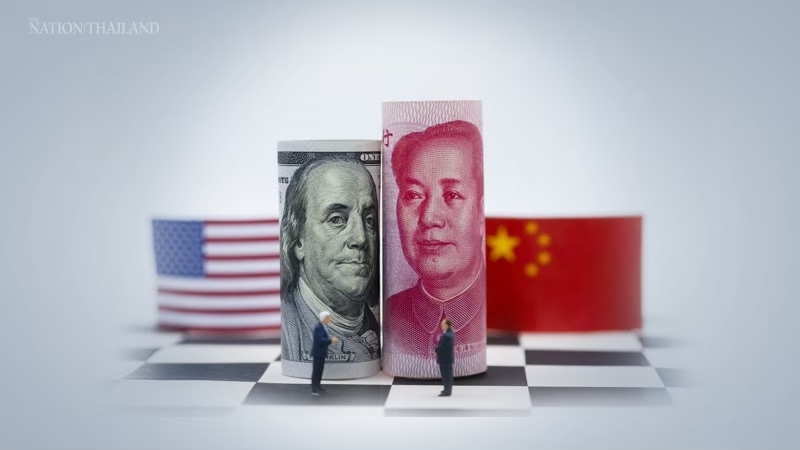 The Trump administration's final days are proving as confounding as ever for companies and investors stuck in the middle of an increasingly contentious U.S.-China relationship.

After a week of widespread confusion over the scope of a U.S. ban on investments in businesses linked to China's military, both Washington and Beijing took steps over the weekend that threaten to further ratchet up tensions and cloud the outlook for cross-border commerce.

Secretary of State Michael Pompeo upended decades of U.S. policy on Saturday by removing self-imposed restrictions on how government officials interact with Taiwan, eliciting swift calls for retaliation by China's state-run media. Pompeo's announcement came just a few hours before Beijing issued new rules that would allow Chinese courts to punish global companies for complying with foreign sanctions -- a move that could theoretically force businesses to choose between the world's two largest economies.

In both cases, it was far from clear how the edicts would be implemented. China, for example, has been expanding its toolkit to fight back against U.S. sanctions for years, though it has so far refrained from using measures including blacklists and export controls. Hanging over everything is the question of how the world's most important geopolitical relationship will evolve after Joe Biden enters the White House later this month.

The upshot is continued uncertainty for companies caught in the crossfire, from Apple Inc. to Tencent Holdings Ltd. and HSBC Holdings Plc. That risks chilling investment decisions, deal-making and startup funding at a time when the coronavirus-pummeled global economy needs all the support it can get.

"There is an escalation of tit-for-tat," said Alex Capri, a research fellow at the Hinrich Foundation, an Asia-based foundation set up by U.S. entrepreneur Merle Hinrich to promote sustainable global trade. "From a corporate governance perspective, multinational companies and individuals will find themselves increasingly whipsawed."

Chinese stocks underperformed regional peers on Monday, with the CSI 300 Index falling 1% at the close. S&P 500 Index futures slid 0.5% as investors weighed the implications of higher Treasury yields and President-elect Biden's push for more fiscal aid.Traders in Taiwan largely brushed off rising cross-strait tensions, sending the local stock index to a record high. Pompeo lifted U.S. guidelines on meetings with Taiwanese officials, put in place after Washington's recognition of China in 1979. They had required written permission from the State Department for diplomats and military personnel above a certain rank to visit Taiwan, and restricted the venues where meetings with Taiwan representatives could take place.

The Chinese Communist Party-backed Global Times warned that Pompeo was pushing the world's biggest economies toward military conflict. Hu Xijin, the newspaper's editor-in-chief, added in a microblog post that China has a "precious window of opportunity for mainland China to teach a heavy lesson to the 'Taiwan independence' forces" and re-establish "strategic leverage" in the Taiwan Strait.

The Chinese Foreign Ministry, which opposes official U.S.-Taiwan interactions, said Monday that it "firmly opposes and strongly condemns" the U.S. move and repeated that Taiwan is an "inalienable" part of its territory.

Beijing's new rules on foreign sanctions, unveiled by the Commerce Ministry on Saturday, are meant to protect local firms from "unjustified" overseas enforcement actions by allowing Chinese citizens or companies to sue for compensation in Chinese courts if their interests are damaged by the application of foreign laws.

ByteDance Ltd., for example, has been pressured by the Trump administration to cede control over its hit TikTok short-video app for alleged national security concerns, but the startup's investors could seek to use China's new rules to win financial compensation for any losses.

Other potential scenarios raised by the new rules: if Apple removes Tencent's WeChat or TikTok from its app store, could they get sued in mainland China for damages? Or if TSMC complies with sanctions against Huawei Technologies Co. by refusing to supply its chips, could the Chinese company seek financial compensation?

Beijing's announcement at the end of Trump's presidency was likely timed to send a signal to U.S. policy makers without overly antagonizing a new Biden administration in its early days, said Sean Ding, a Washington-based partner and analyst at Plenum, a research firm specializing in Chinese politics and economics.

"The new rules are more than anything a signaling mechanism to both Chinese companies and U.S. companies in China: We now have a legal ability to counteract the long arm jurisdiction of U.S. domestic law," Ding said. "In short, it's more of a signal at this stage rather than actually trying to put legal efforts in motion."

That approach would be in line with previous Chinese responses to U.S. restrictions, including Beijing's creation of an "unreliable entity list." While the government has vowed to punish firms, organizations or individuals on the list that damage national security, authorities have yet to say if anyone has actually met the criteria for inclusion.

The national security law imposed by the Communist Party on Hong Kong in June also underscores how the U.S. may have an upper hand when it comes to sanctions, particularly those that affect the financial industry.

Even though Hong Kong's security law forbids sanctions against the financial hub and China, state-owned lenders including Bank of China Ltd. have quietly taken steps to comply with U.S. sanctions against officials such as Hong Kong Chief Executive Carrie Lam. With more than $1 trillion of liabilities denominated in U.S. dollars, China's four largest state-owned banks have huge incentives to stay on the good side of American regulators so they can retain access to dollar funding.

A similar dynamic has played out with international companies navigating conflicting rules in the U.S. and European Union over Iran, said Angela Zhang, director of the Centre for Chinese Law at the University of Hong Kong and author of "Chinese Antitrust Exceptionalism: How the Rise of China Challenges Global Regulation."

"If you look at the EU precedent, I don't see the Chinese rules being very effective in actually countering the U.S. sanctions," Zhang said. They will, however, increase compliance costs for businesses, she said.

The long reach of U.S. sanctions -- and the potential for confusion over their implementation -- was on display again Monday as banks and money managers raced to comply with Trump's executive order banning investments in Chinese military-linked companies.

Goldman Sachs Group Inc., Morgan Stanley and JPMorgan Chase & Co. said in exchange filings over the weekend that they'll delist 500 structured products in Hong Kong, a move that will impact investors in the U.S. and around the world.

Investors have in many cases been given little warning on how regulators, banks, index providers and exchanges plan to implement Trump's order, which takes effect Monday. The New York Stock Exchange flip-flopped twice before finally confirming last week it will delist China Mobile Ltd. and two other Chinese telecom companies. MSCI Inc. removed the three stocks from its indexes on Friday, giving global funds just one day to adjust billions of dollars of passive investments.

Wendy Liu, head of China equity strategy at UBS Group AG, said some bargain-hunting investors in Europe are interested in taking advantage of the sanction-induced drop in Chinese share prices. But she added that many are still waiting to pull the trigger as they await more clarity on the outlook for U.S.-China tensions.

"Reversing Trump's sanctions and China policies too quickly will give a 'pro-China' signal that will not be beneficial for Biden's polls," Liu said. "We still need to wait and see how U.S.-China relations will unfold in the new administration."