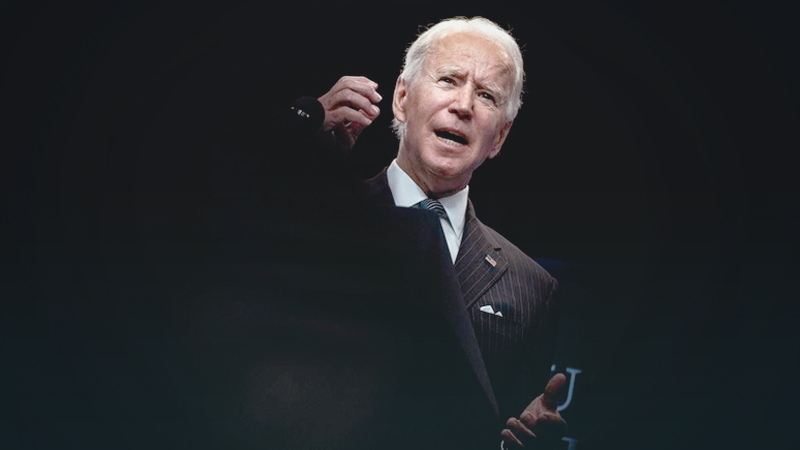 WASHINGTON - President Biden signed four executive actions Tuesday aimed at increasing racial equity across the nation, a move the administration said was a big early step in his efforts to dismantle systemic racism, though civil rights groups made it clear they will press for more-sweeping change in the months ahead.

The measures seek to strengthen anti-discrimination housing policies that were weakened under President Donald Trump, nix new Justice Department contracts with private prisons, increase the sovereignty of Native American tribes and combat violence and xenophobia against Asian Americans and Pacific islanders, a week after the departure of a president who blamed the Chinese for the coronavirus pandemic.

Biden said the actions were part of an effort to infuse a focus on equity into everything the federal government does.

"We're in a battle for the soul of this nation, and the truth is our soul will be troubled as long as systemic racism is allowed to exist," Biden said. "I'm not promising that we can end it tomorrow, but I promise you that we're going to make strides to end systemic racism, and every branch of the White House and the federal government will be part of that."

The actions reflected the extent to which Biden's ascent to the presidency was wrapped up with the nation's racial struggles. He kicked off his campaign with a rejection of Trump's approach to race, was propelled to the nomination largely by Black voters and - as racial justice protests erupted across the country - aligned his campaign increasingly with their cause.

Activists are making it clear that they expect more from Biden than a diverse administration and rhetoric about justice. Tuesday marked his first major effort to respond, to mixed reviews from civil rights groups.

In a memo, the administration pledged to work with Congress on legislation that increases funding for minority-owned small businesses, invests in historically Black colleges and universities, and triples funding for Title I schools serving a high proportion of low-income children.

Some activists cautioned that tackling system racism is complex and will not be resolved by government edicts.

Melanie Campbell, who leads the Black Women's Roundtable, a group of Black female activists, said that she was buoyed that Biden took decisive steps on equity - especially related to housing discrimination - less than a week into his term but that more work needs to be done.

"We plan to engage this administration and to engage Congress," Campbell said. "Black people didn't just help the Biden-Harris ticket win for our health. I'm not waiting on announcements, I'm engaging. Maybe we'll give them a week or two to settle in, but we are not sitting around waiting."

Biden spoke Tuesday in unusually blunt terms, decrying white supremacy and systemic racism, and saying the nation must change its entire approach to racial equity. "It's time to act because that's what faith and morality call us to do," he said. "It's what the core values of this nation call us to do."

The moment carried echoes of Lyndon Johnson, who assumed the presidency amid another period of racial turmoil, said Ravi Perry, chairman of the political science department at Howard University.

The 1963 March on Washington and other civil rights protests led to the 1964 Civil Rights Act and laid the groundwork for the 1965 Voting Rights Act and the 1968 Fair Housing Act, Perry said. Johnson spoke out on the need to eradicate racism, delivered a commencement address at Howard University and famously declared that "We shall overcome" to a joint session of Congress.

But the landmark civil rights laws were passed because "a president decided to make racial justice a substantive legislative domestic priority - not just soaring rhetoric," Perry said. "LBJ set the tone, not just in speeches but working behind the scenes to create legislation."

The question, he said, is whether Biden's rhetoric is followed by similar advances.

"I think people are certainly hoping that by spring we will begin to see some of these executive orders turn into legislative policy," Perry said, "and if it doesn't happen, then Democrats are going to have a lot of young people to answer to in the midterms of 2022."

Throughout the presidential race, Biden cast his campaign as a rejection of Trump's racial attitudes, and on Tuesday he targeted several high-profile moves by his predecessor. He said he was reversing a Trump order that banned government agencies from offering racial-sensitivity training, for example, and would rescind the report of a "1776 Commission" that Trump depicted as an antidote to political correctness.

Biden also took implicit aim at Trump's habit of calling the coronavirus the "China virus." One of the new president's orders denounced anti-Asian bias and encouraged federal agencies combating the pandemic to make education part of their response.

Civil rights groups, while welcoming the actions, said they are far from enough.

Changing the police and criminal justice system are among the most urgent goals for many of these groups, as are fighting voter suppression. Beyond that, many activists say they want Biden to put resources toward reducing disparities in educational and economic opportunities.

Biden mentioned many of those aims in his remarks Tuesday in the White House State Dining Room, but he cautioned that dismantling systemic racism was a herculean undertaking. "It's not going to be overnight," he said. "We're not going to eliminate everything."

Black Americans trail Whites on every economic measure, including wealth, income, employment and homeownership. The disparities have existed for decades, even when comparing workers with similar education levels. The gaps, many economists say, stem in large part from government-sanctioned policies that continue to discriminate against Black people in lending, education, criminal justice and housing.

Fair-housing advocates characterized Biden's early step as the minimum necessary to fight systemic racial disparities. Lisa Rice, president and chief executive of the National Fair Housing Alliance, said civil rights groups have laid out a detailed timeline for the actions they expect the administration to take to "make the executive orders come to fruition."

"You can tell me all day long you want to advance racial equality, but if I don't see you doing substantive things like encouraging lending institutions to develop special-purpose credit programs, then I begin to wonder if this wasn't just all talk," Rice said. "Changing the policies is one thing. Now you've got to implement them."

During his inaugural address, Biden said one of his administration's goals would be to dismantle systemic racism. He has long said a first step on that path is a Cabinet that "looks like America."

Biden picked Sen. Kamala Harris, D-Calif., to be vice president, the first Black and Asian American woman to win a nationally elected office - though it remains to be seen whether Harris will play a large role in Biden's efforts on racial equity.

Biden has also nominated several African Americans to key Cabinet posts. Biden's defense secretary, Lloyd Austin, was sworn in Monday. Susan Rice, whom Biden has chosen to lead the Domestic Policy Council, has been focused on ensuring that efforts toward equity are integrated into the administration's broader policies.

And Biden has nominated Rep. Marcia Fudge, D-Ohio, the former chair of the Congressional Black Caucus, to lead the Department of Housing and Urban Development. Homeownership has long been an important way for Americans to build wealth; 46% of Black families owned homes compared with 75% of White families in 2020, a gap that has widened since 1976.

Yet strides in this area may not come without conflict. Biden has been criticized by some Republicans who say the focus on equity in his inaugural address suggested that his political opponents are racist.

And policies designed to increase housing equity that were scaled back by the Trump administration remain an object of criticism by some Republicans.

Under Tuesday's actions, for example, HUD is expected to reinstate a 2013 rule that codified a decades-old legal standard known as "disparate impact."

That rule was aimed at barring the housing industry from enacting policies such as requiring tenants to undergo a criminal-background check and using artificial intelligence to predict creditworthiness that, while seemingly race-neutral, have an adverse effect on Black and Latino Americans.

Civil rights attorneys say that applying the disparate-impact standard has helped reduce inequality. But some conservatives argue that this approach unfairly ties the hands of businesses, and the Trump administration changed the rule, saying it would free up firms to "innovate and take risks without the fear they will be second-guessed through statistics down the line."

The Trump administration had also repealed regulations requiring communities to identify and address barriers to racial integration or risk losing federal funds. It argued that the regulations were too burdensome for communities and sucked up too many federal resources.

Then-HUD Secretary Ben Carson criticized the Obama-era rule for forcing communities to find "anything that looks like discrimination," rather than responding to actual problems. And on Tuesday, Biden said he is pushing HUD to reinstate those regulations.

Biden faces an unusually turbulent landscape early in his presidency, and he often frames the country's racial reckoning as one of several crises facing the country - along with the pandemic, the economic collapse and climate change.

Some critics on the right have suggested his emphasis on racial justice amounts to a show of favoritism, and Tuesday the president argued that advancing racial equality is not a gift to one part of the population. "When one of us is lifted up, we're all lifted up," Biden said. "And the corollary is true - when any one of us is held down, we're all held back."