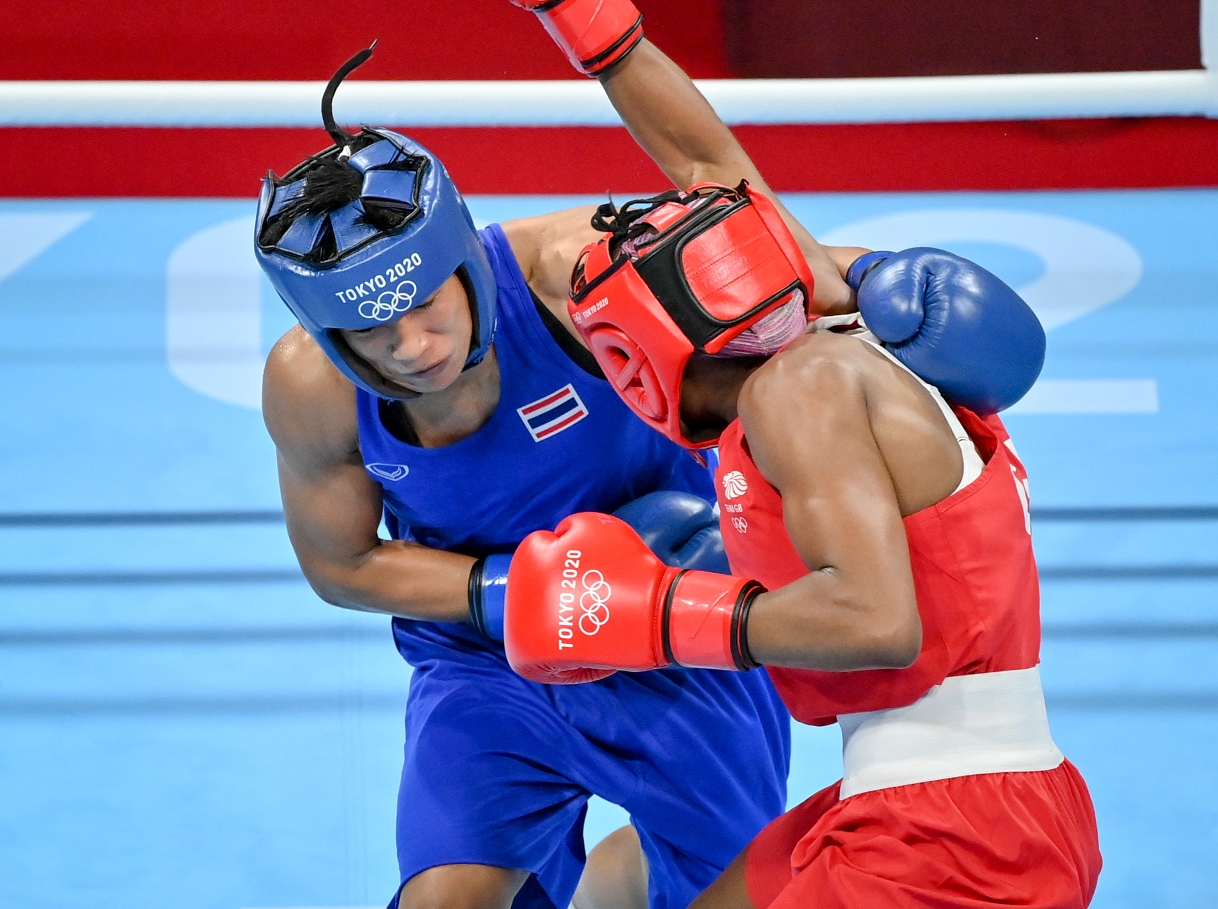 The Thailand boxing team’s last hope did not let the fans down, producing strategically delivered punches and jabs to edge out the up-and-coming Briton in the third round, after tying at 1-1 in the first two, to reach the semi-finals.

At least a bronze is guaranteed for the 29-year-old Thai, who will go down in history as the first Olympic medalist in women’s boxing from Thailand.

“It was the happiest moment in my life when the referee raised my hand (as the winner),” said the Udon Thani based fighter, who had done her homework on the British southpaw coming into the bout.

“I watched her clips three or four times and had a sparring session with Baison Manikon (team Thailand women’s welterweight) as she is a southpaw. I’m so overwhelmed to finally produce a medal for Thai fans,” added the 2018 World Championships silver medalist.

Sudaporn wished her late father Yodnakhon, who passed away seven years ago, could be with her to cherish the moment.

The Thai fighter will next have to handle her toughest fight in Tokyo so far, against top seed and old rival Kellie Harrington of Ireland who beat Imane Khelif of Algeria 5-0 in the quarter-finals. Sudaporn lost to the Irishwoman 2-3  in the 2018 World Championships final in New Delhi.

“I don’t know if I will go the distance and win the gold. At this point, I will take it one fight at a time,” said Sudaporn, whose semi-final with the 2018 world champion and the 2019 European Games silver medalist is due at 12pm on Thursday.

With a bronze assured, Sudaporn has also produced the second medal for Thailand in the Olympic Games TOKYO 2020 after Panipak Wongpattanakit grabbed the gold in women’s taekwondo 49kg last week. She will receive at least Bt4.8 million – the incentive promised by the National Sports Development Fund for a bronze.