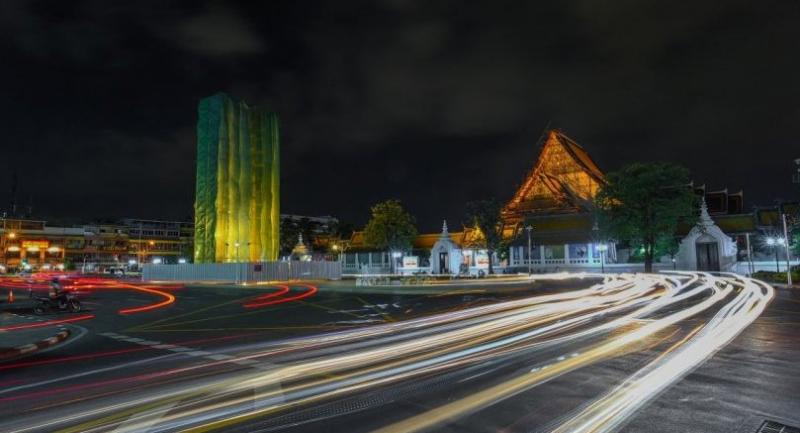 THE Bangkok Metropolitan Administration is undertaking renovation of the Giant Swing, a historic landmark in the capital.

Sakchai Boonma, director of the BMA’s City Planning Department, said his department had been allocated a Bt2-million budget for the renovation that will take about 300 days. The work was needed to repair cracks in the poles and fix areas where paint had peeled off.

Department staff have fenced off the Giant Swing and put up scaffolding so they can begin their work.

Sakchai said the poles were still strong after the major renovation undertaken in 2005 and 2006, and the work this time involved painting and maintenance to restore the structure’s beauty.

The Giant Swing is located in front of the Devasathan shrine of King Rama I. The 21-metre, maroon-coloured swing is a Brahman religious structure made in 1784 from teakwood. it was used as part of Tri Yampawai, a Brahman rite during which priests swing themselves in order to pay homage to the Hindu god Shiva to celebrate his annual visit to Earth. The rite was scrapped in 1935 during the reign of King Rama VII, following a number of accidents while conducting the rite. The Giant Swing has undergone several refurbishments and reconstruction. The current Giant Swing was rebuilt in 2006 with teakwood brought from Phrae province.

The Giant Swing was registered as a national historical site on November 22, 1949.