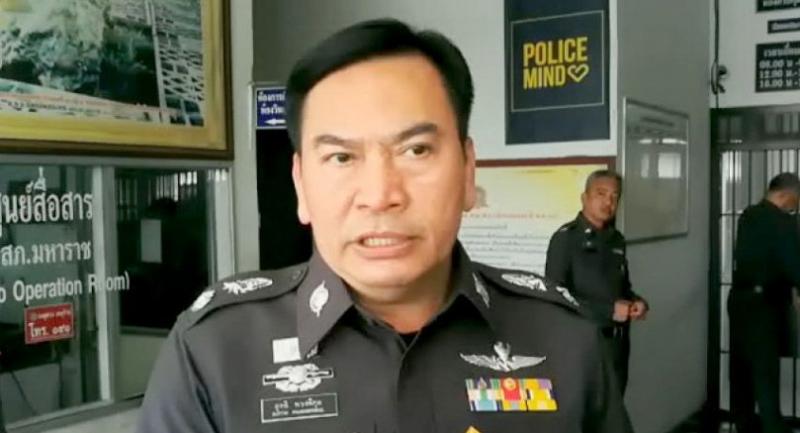 Sutthi was transferred out of his post on February 21 over accusations that he had been a key accomplice by helping teacher Preecha Kraikruan, who had claimed ownership of the lottery tickets cashed in by former police officer Charoon Wimool.

As the case’s lead investigator, Charn said his team would gather evidence, including that relating to an allegation that Sutthi had ordered local police to change Preecha’s and his witnesses’ statements in the investigation report several times.

Sutthi is the only police officer to face charges in the case, although four Muang Kanchanaburi officers may be called as witnesses.

Charn said his team would conclude the case report in 30 days and submit it to the National Anti-Corruption Commission, which would decide if more police and supervisors in Provincial Police Region 7 were implicated.

Police would apply for arrest warrants for more of Preecha’s accomplices in two to three days, Charn said.

Preecha and lottery vendor Rattanaporn Supathip were arrested and formally charged with filing false claims about the ownership of the lottery tickets before they were each released on Bt100,000 bail last week.

Charn said the investigator would conclude the case against Preecha and his accomplices by the time the teacher had to appear before a judge when authorities applied for a second detention order.