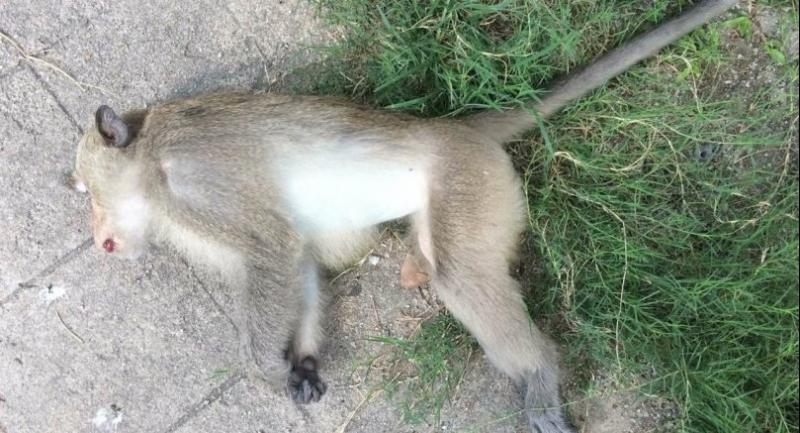 A crab-eating macaque died of electrocution near a power pole in Chon Buri’s Sriracha district on Sunday morning.

It is believed that the macaque headed out of a nearby forest in search of food, touched an electric cable and was killed.

Pichet Konklong, a local resident, said he noticed the animal lying still on the road at about 9am and decided to alert authorities.

“I stopped my motorcycle to check what I could do. But it was already dead,” he said.

Officials said the animal was just a few years old.

Electrocution burns were visible on its right cheek and right leg.