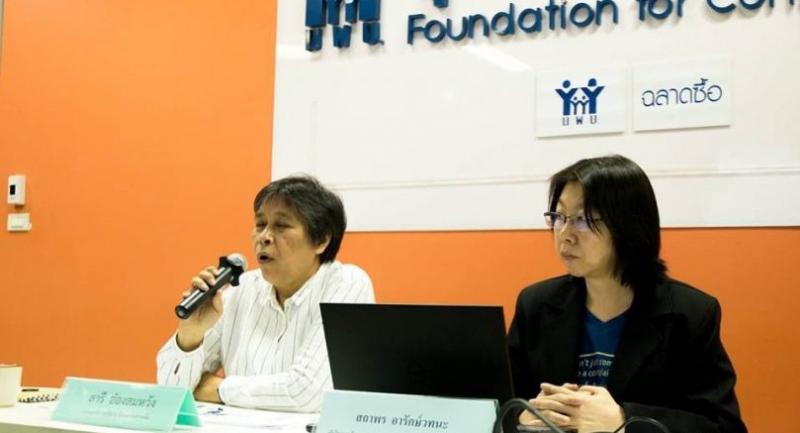 A SURVEY by the Foundation for Consumers (FFC) has found the appetite suppressant Sibutramine and antidepressant Fluoxetine (Prozac) in six weight-loss products, despite both substances having been banned from use in food supplements.

The FFC has urged four online stores – Lazada, C mart, 11 street, and Shopee – that permit sale of the products to be more socially responsible.

They found that six of the products – AIKA, Minimal by Falonfon, S-Line, LYN, L-Fin by Luk-Sam-Rong and Kalo – sold at the four online stores contained Sibutramine and Fluoxetine, which were prohibited from food supplement products, she said.

The FFC on June 10 conducted follow-up visits to Lazada, C mart, 11 street, and Shopee and found the problematic products were still on sale, added Sathaporn. The FFC was especially concerned that LYN products were still sold on the four websites despite facing legal action after being linked to four dieters’ deaths. The LYN products allegedly contain Sibutramine, which has been banned in many countries after being associated with increased risk of heart problems and stroke.

Sathaporn urged the FDA and related authorities to act and called on the Ministry of Digital Economy and Society to enforce the Computer Crimes Act to punish those who allowed the input of illegal content with a maximum five-year jail term, Bt100,000 fine, or both.

Sathaporn added that there was currently no way for consumers to verify a food supplement product’s claims to be body-slimming, skin-whitening or beautifying, while promotion by attractive celebrities often convinced them to buy. She also urged the FDA to allow consumers access to its Health Product Database so they could check products advertised.

FFC secretary-general and Chaladsue magazine editor Saree Ongsomwang called for the four online retailers to minimise the hazard to consumers by immediately removing the problematic products, checking whether new products were on the FDA’s “banned” list before selling them, and to quickly remove any product the FDA announced as illegal.

Saree also said that the online companies must provide refunds to consumers who had bought the illegal products, or else face severe punishment by authorities.

Saree also called for authorities to quickly implement their upgrading of Sibutramine to a narcotic with a total ban on import, export and distribution. If the upgrade were implemented, the importing or exporting of Sibutramine is punishable by 5-20 years in jail and a Bt500,000-Bt2 million fine while those caught selling it face 4-20 years in jail and a Bt400,000-Bt2 million fine.