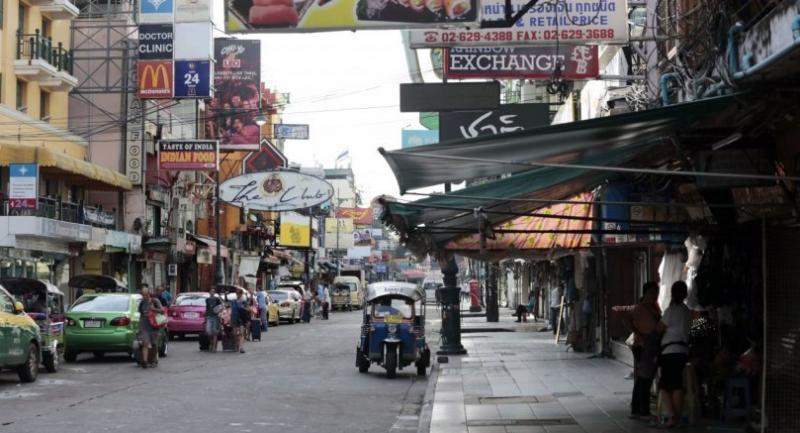 Khaosan Road, a couple days ago a bustling street with foreign tourists and hawkers both day and night, was a bit lonely on Thursday without signs of street food stalls, clothing stalls or tattoo booths on its sidewalks.

“It was like a deserted street,” Nutcha Aree, a vendor who had been trading there for over 14 years, told The Nation. She said that after an evening talk with city hall’s Deputy Governor Sakoltee Phattiyakul the night before, Khaosan Road Street Vendors Association had decided to back down from its threat to continue encroaching on the sidewalk pavement during the day. The vendors would from on Thursday until August 6 stop selling on the sidewalk both day and night. Discussions will continue regarding what will be allowed after that date.

Until then, the Bangkok Metropolitan Administration (BMA) will seek “cooperation” from the Metropolitan Police Bureau, which earlier refused to block traffic entering the road, from 6pm until midnight to allow for the city’s plan to turn the street into a night market. On Wednesday, which marked the beginning of the ban on pavement trading, more than 70 per cent of vendors defied the ban, prompting officials to threaten to fine them up to Bt2,000 for violated the Public Cleanliness and Orderliness Act 1992.

According to Nutcha, vendors asked Deputy Governor Sukoltee to reconsider zoning and allow them to continue pavement trading. “We were willing to cooperate to help make Khaosan a scenic street, but the zoning and ban would affect image and trading,” she said.

“Khaosan doesn’t have that much variety of items to offer. I think grouping food with food, or clothes with clothes would strip Khaosan of its diversity and charm,” she added. Also, many vendors said the 9 metre-wide and 400-metre-long street was too small to accommodate the 260 stalls proposed by the BMA, let alone thousands of tourists, especially when officials planned to reserve one side of the street for ambulances and fire engines.