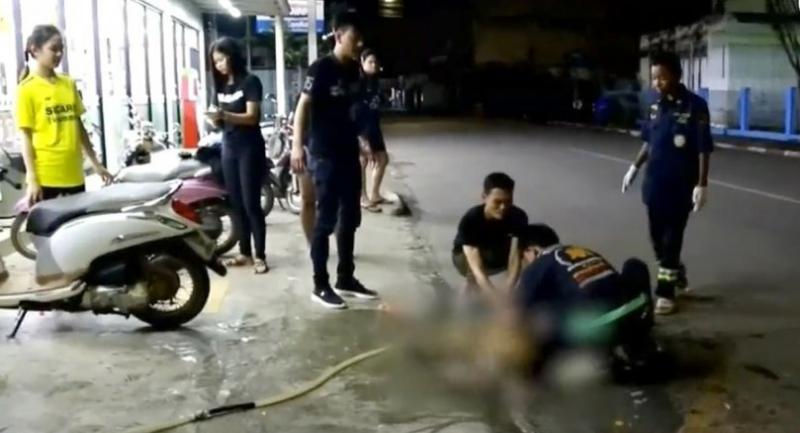 A stray dog in front of a 7-Eleven shop in Trat’s Muang district escaped death from poisoning thanks to quick action by the store’s staff and rescuers of a local foundation.

The dog, nicknamed Pepsi, was found convulsing and foaming at the mouth at 3.50am Friday so the staff called the Sawang Boonchuay Foundation for help.

Rescuers from the foundation force-fed the dog with some 30 chicken eggs prompting it to vomit and rid itself of the poison. The cost of the eggs was covered by three of the convenience store’s staff.

The staff said the dog, which is thought to be seven or eight years old, has been living in front of the shop since it opened three years ago.