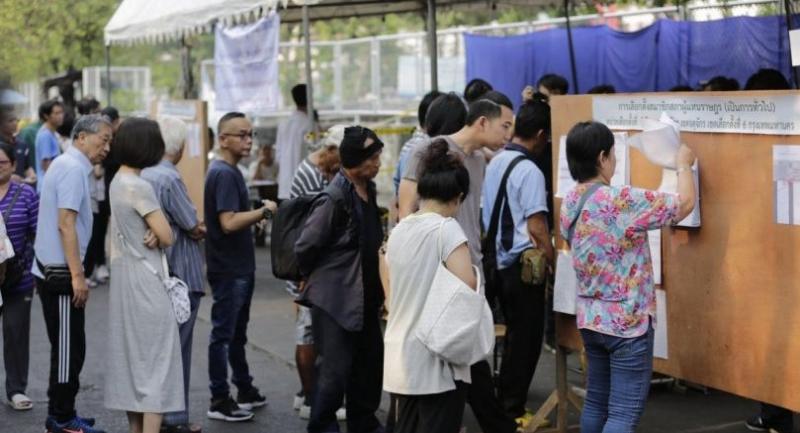 Of the complaints, 57 are related to vote buying, he said. There have also been reports of voters tearing up their ballot at polling stations in Lamphun, Samut Songkhram, Ayutthaya, Yasothon, Chiang Mai, Bangkok, Pathum Thani, Nakhon Si Thammarat and Angthong provinces.

Jarungvith, however, noted the acts were unintentional as some stemmed from misunderstanding, while some ballot papers were torn by drunk voters.

“I want everyone to study the ballot carefully, so you mark the right box,” he said. “Many ballots were torn by older people, who had marked the wrong box.”

Other violations on Sunday also included people taking photos of their marked ballot paper, he said, adding that voters were allowed to take selfies, but with a folded ballot. He said showing marked ballots to others is a violation of law.

As of 2.30pm on Sunday, Jarungvith said the voting process was in order, as most voters were able to exercise their rights without any difficulties. He said that though it rained in Nakhon Ratchasima, it did not affect the voters.

Jarungvith also called on voters to turn out and determine their future, adding voters are welcome to present an official photo ID or their 13-digit national ID number. Even expired IDs will be accepted, he said.