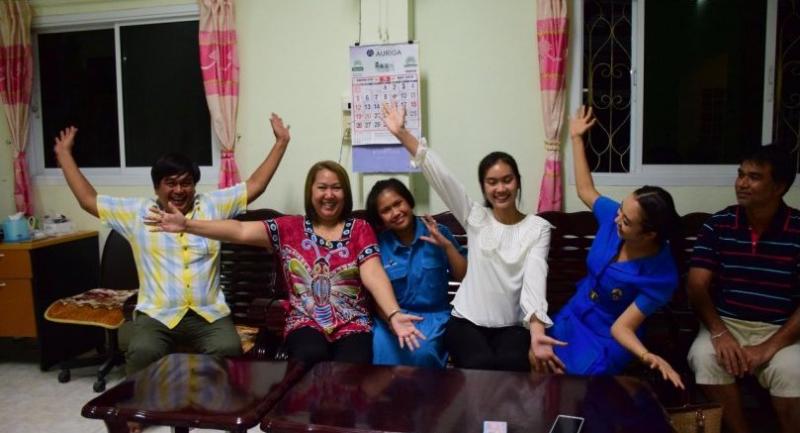 A 17-YEAR-OLD stateless schoolgirl’s Thai citizenship has been fast-tracked after it came to public attention that her lack of citizenship would deprive her of an opportunity to participate in an academic contest in New York. Her citizenship was approved yesterday, just days after her case appeared in mainstream media.

Yonladee, a student at Satree Ranong School, was invited to attend the Genius Olympiad in New York next month, but the US Embassy is known to have always been firm with its rule to not grant visas to stateless persons.

Born to Myanmar parents, Yonladee’s passport application was rejected, because she was not a Thai national. Realising that her statelessness was posing a problem, the schoolgirl decided to take to social media earlier this month to share her problems, and hoping that she could find a way to participate in the Olympiad.

Her post caught public attention and help began arriving. The Office of Basic Education Commission, for instance, was among the first to announce that it would coordinate with relevant authorities to ensure she had all the opportunities she needed. Yonladee on Thursday travelled from Rayong to Bangkok to obtain the documents she requires for the US visa. “I am so happy to learn of the good news,” the young girl said.

By her side was teacher Monrat Ammorndara, who is very close to Yonladee and had previously expressed an intention to adopt her.

“Now that she is Thai, I have taught her to be grateful and repay the country,” Monrat said.

Yonladee’s classmates said she was outstanding both in academics and extra-curricular activities.

“She is a great friend and always keen to help others. I’m glad she is getting a Thai citizenship,” a classmate said.

With the Interior Ministry confirming that Yonladee has the right to claim Thai citizenship, her next step will be to contact local authorities. Officials have promised to expedite her case so she can make her trip to the US.