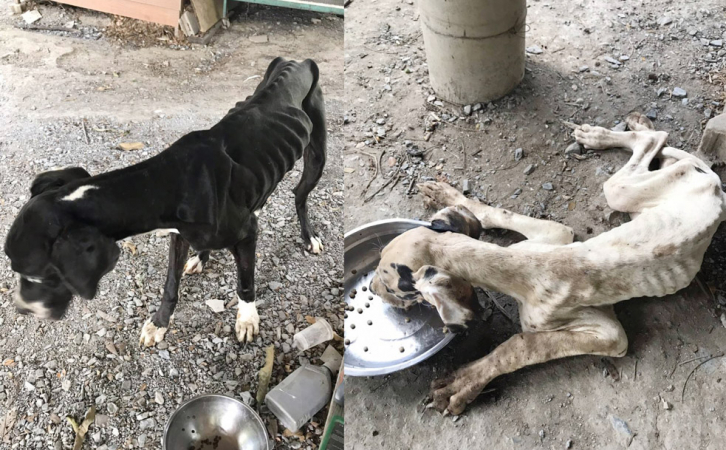 His Majesty the King has accepted the 13 Great Danes suffering from severe malnutrition, which were rescued earlier this week, and placed them under royal patronage and care, officials said.

A veterinarian of Pathum Thani Livestock Development Office’s Animal Welfare Division said the King sent a representative to pick up the 13 Great Danes to receive treatment at the Animals Hospital of Kasetsart University at 10:40 am Wednesday.

The dogs were rescued on Monday by volunteer veterinarians from Watchdog Thailand and Pathum Thani Livestock Development Office’s Animal Welfare Division officials from a house in Pathum Thani’s Lat Lum Kaew district. The dogs had been starved and were in terrible condition.

The rescue on Monday stemmed from a complaint by the homeowner’s relative who reportedly couldn't bear to see the animals in such a condition after one of the dogs and her two pups died in a cage on Sunday.

Watchdog Thailand announced Wednesday morning that His Majesty graciously sent his representative to the Animal Welfare Division to take the dogs to be under his patronage.

The good news from Watchdog Thailand was shared more than 1,500 times and received 1,200 comments in just three hours after the post was published. Most comments expressed gratitude for His Majesty’s kindness. The post also received over 5,500 reactions.