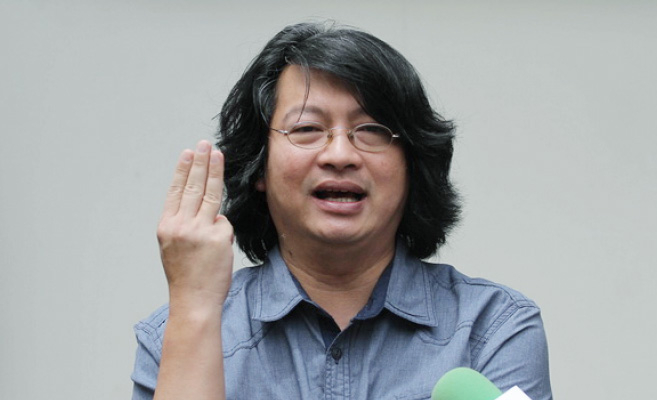 Pro-democracy activist Sombat Boonngamanong has received overwhelming public support after he posted to Facebook that his application for a visa to visit his daughter in the United States was rejected.

Sombat, editor of the online Lai Jut magazine, posted on his Facebook wall on Saturday that his visa application was rejected although he had previously visited the US several times at the invitation of international organisations.

He said visited the US for the first time as a guest of the US government to attend a seminar and present his ICT project for social development. He visited on two other occasions on invitations by the World Bank and The Rockefeller Foundation.

He said he had not visited over the past 11 years although his last visa had a 10-year period. During the past five years, he explained, he would have needed approval from the coup-maker National Council for Peace and Order before he could leave the Kingdom.

He said he wanted to visit his daughter for two weeks during her school break in September, but the US embassy said his visa was rejected for fear that he would not return to Thailand.

“It’s unexpected but understandable why the embassy officials think so. But I swear I intend to visit my daughter and return. I have no plan to seek an asylum there,” Sombat said in his post.

His post received over 4,200 reactions and was shared over 110 times. It also received over 370 comments, expressing sympathy from his friends and supporters, including some university academics.

Pravit Rojanaphruk, a senior editor of Khaosod English website, said in a comment that it was a shame that the US rejected an entry visa for an anti-coup campaigner after US President Donald Trump laid out the red carpet to welcome the coup leader, General Prayut Chan-o-cha.