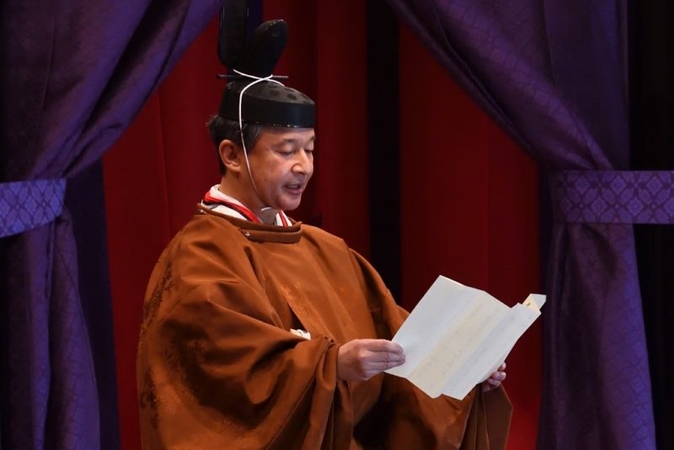 The ceremony of enthronement was held Tuesday at the Seiden State Hall at the Imperial Palace to officially proclaim the Emperor’s enthronement in Japan and abroad.

It was the main event of the Ceremonies of the Accession to the Throne of the Emperor, following the Imperial succession in May. Leaders and representatives from about 180 countries attended along with the heads of the judicial, legislative and executive branches of government, and representatives of various sectors of society.

The ceremony started at about 1 p.m. The Emperor, wearing a formal court dress traditionally worn by emperors called korozen-no-goho, stated: “I now perform the Ceremony of Enthronement at the Seiden State Hall and proclaim my enthronement to those at home and abroad.”

He also pledged to fulfill his responsibility as the symbol of the state and to wish for the happiness of the people.

Prime Minister Shinzo Abe then offered a congratulatory tribute and the attendees cheered.

The Empress wore a junihitoe, a ceremonial robe from the Heian period (late 8th to late 12th century).