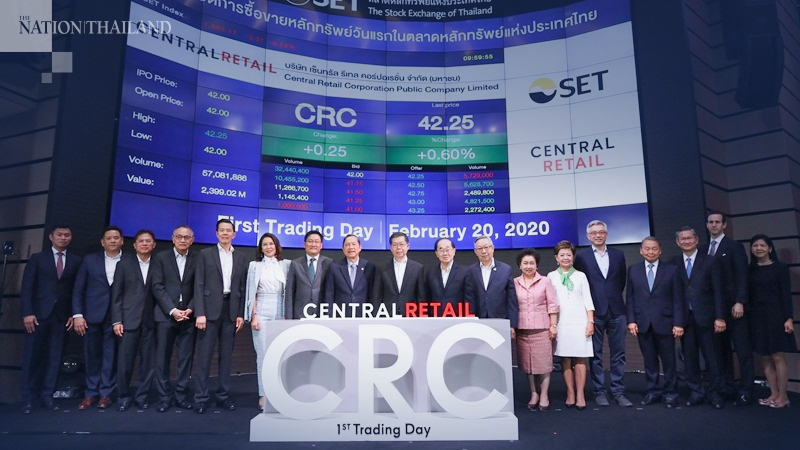 Central Retail Corp (CRC) made its debut on the Stock Exchange of Thailand (SET) on Thursday (February 20) with a share price equal to the initial public offering subscription price of Bt42.

CRC sold 1.691 billion shares and reaped Bt71 billion in funding in the IPO on which Phatra Securities served as financial adviser.

The market capitalisation based on the same price will be Bt253 billion, placing CRC among the 15 companies in Thailand with the largest market caps.

CRC had total revenue of Bt206 billion in 2018, so it debuted as a listed company with the most revenue, ranking in the top 10 for highest-earning shares in Thailand and second among commercial stocks, after CPAll.

CRC shareholders include Harng Central Department Store with a 45 per cent stake and Hawthorn Resources with 13 per cent.

Its control by the Chirathivat family was to be significantly reduced after the IPO and SET debut.