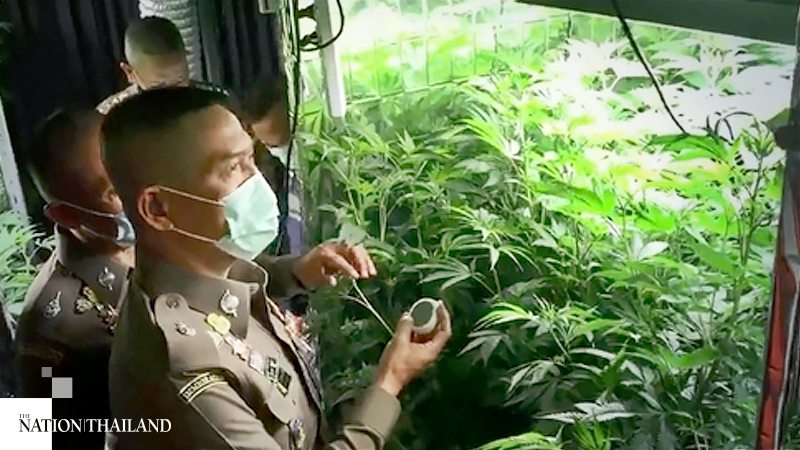 “The suspects established a company called Thai Visa Centre, [allegedly] offering a visa-forging service for foreigners and advertising via the Internet,” Sompong said yesterday (August 4). “We tracked down their operation to a house in Soi Seri Thai 73 in Bangkok’s Khannayao district. At the house officials found several forged documents and 55 rubber stamps of sigils of different Thai government departments,” he added. 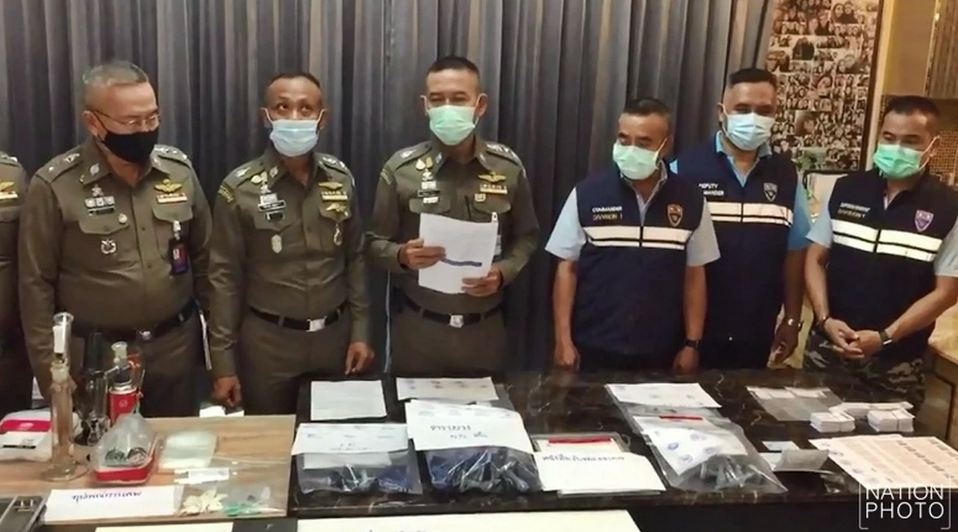 “On the second floor of the house officials also found 60 cannabis plants being grown organically, 99 grams of dried cannabis, a cannabis oil extractor, a vacuum sealer, a weighing apparatus and several items to take cannabis. The suspects said they grew the plants for personal consumption, but the evidence suggests they did this for sale. Police charged them with manufacturing a narcotic substance,” Sompong said.

A preliminary investigation revealed the suspects bought the house three years ago and have been allegedly carrying out their visa-forging business and growing cannabis. Police are investigating their money trail for possible involvement in a drug operation.