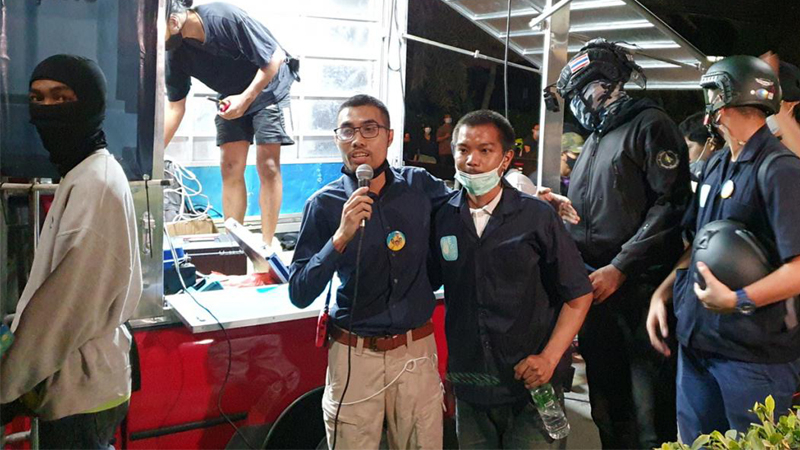 “We had contacted Thosathep’s family and they said he had not returned home since January 15,” said Pirarat. “We recently discovered that he was brought to Bang Kaew Police Station. Police have confiscated his mobile phone and denied him the right to an attorney.”

Thosathep, among others, has been charged with attending rallies to abolish the lese majeste law, also known as Article 112, in Bangkok’s Lat Krabang district and Samut Prakarn’s Bang Phli district.

“Police’s detention of Thosathep is without an arrest warrant and has now exceeded 48 hours, therefore they must release him immediately,” said Piyarat.

The Wevo leader also questioned the legality of the confiscation of Thosathep’s mobile phone which had rendered him unable to inform his family or ask for an attorney.

After about two hours of discussions between police and the Wevo group, Thosathep was released at 8.30pm.