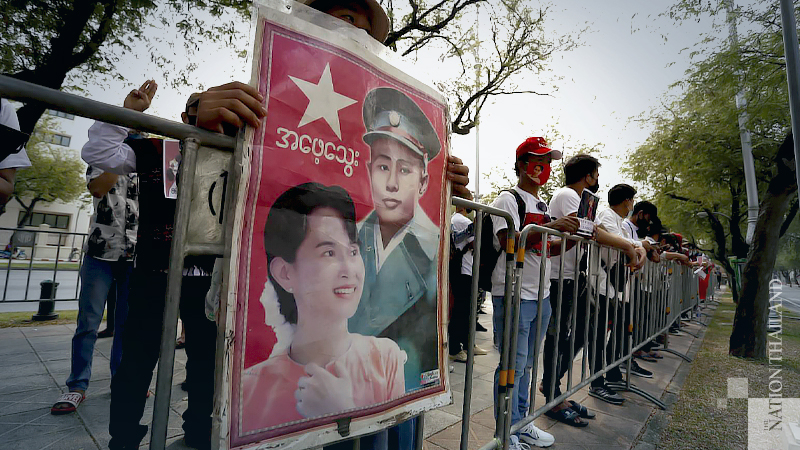 Myanmar people in Thailand gathered outside the United Nations Office on Bangkok's Rajdamnoen Road on Sunday afternoon to protest the military coup in their country.

Nang Loeng Metropolitan Police officers allowed the protesters to hold the demonstration on a traffic island in front of the UN Office by setting up fences and screening checkpoints.

The protesters were required to wear face mask and wash their hands with alcohol-based gel as part of measures to contain the spread of Covid-19. Thai people were not allowed to participate in the demonstration. 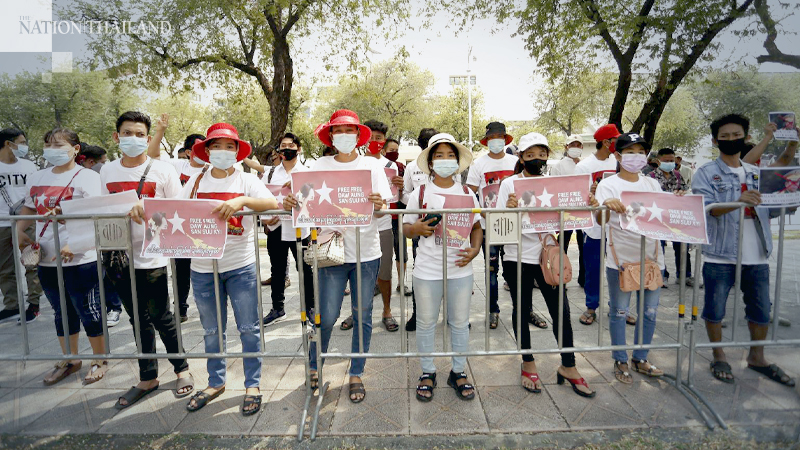 The protest was called off at around 2pm. About 500-600 Myanmar people participated. 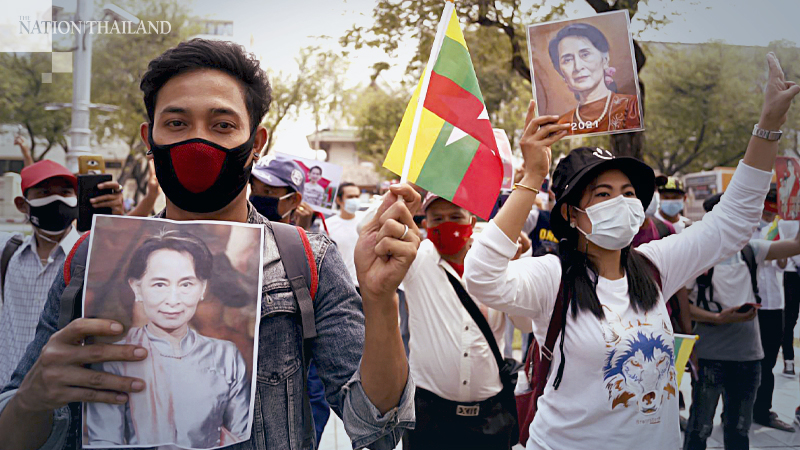 On Monday, Myanmar’s de facto head of state Aung San Suu Kyi and other senior figures from the ruling National League for Democracy (NLD), as well as regional government leaders were arrested in early morning raids.

Later in the morning, a military-owned television station announced that a one-year state of emergency was being imposed under the authority of the commander-in-chief, Senior General Min Aung Hlaing. 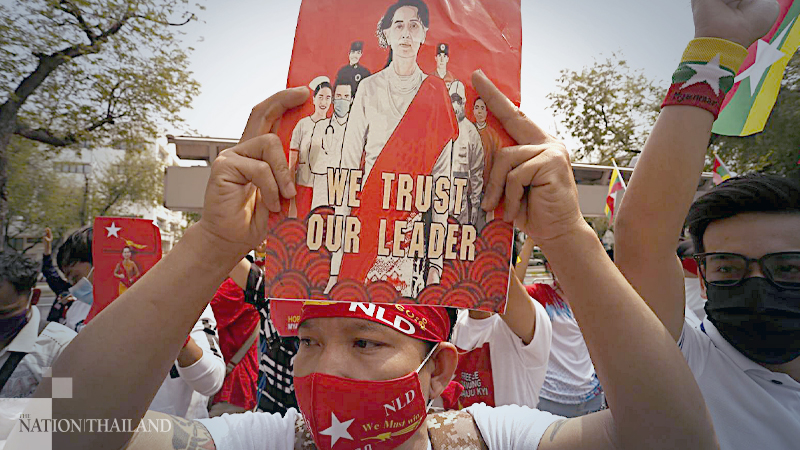 According to a Washington Post report on Saturday, Myanmar authorities restricted Internet connectivity and blocked more social media websites, as thousands of people protested in the first street demonstrations since the military took power from the democratically elected government in a coup.