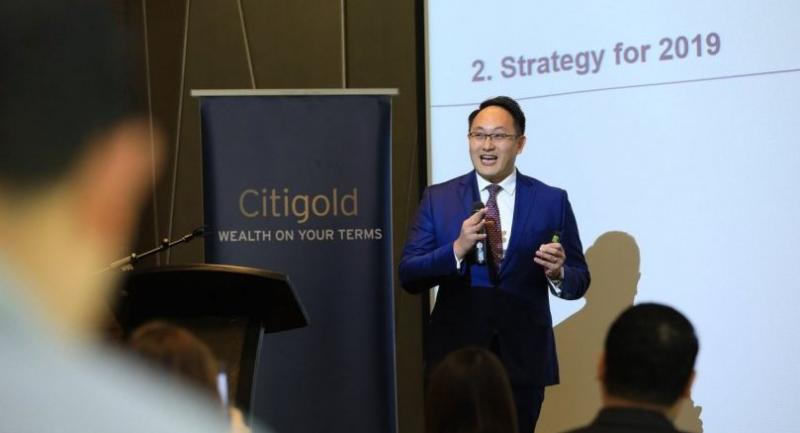 THE bull market in Asian stocks has longer to run, say analysts at Citibank Thailand, even though they note the market has reached a late stage in the investment cycle.

Asian market valuations are attractive as some investors in the so-called real sectors can buy equities at about a 50 per cent discount, according to Citibank, which launched a partnership with Fidelity International yesterday. “The bull market is in the late cycle,” said Don, referring to the global equities markets, during the launch of the partnership.

He said that growth in the overall global economy in 2019 was expected to moderate from that of 2018, to 3.1 per cent, as a result of global events and economic factors that have brought instability over the past year.

Don said he expects weakness in the US dollar as a result of the fading impact of President Donald Trump's late-cycle fiscal stimulus. The baht is likely to strengthen in the range of 32.70 to 33 to the dollar. The United States' Federal Reserve is expected to raise the its policy rate twice more in 2019. The European Central Bank and the Bank of Japan are maintaining their interest rates under strict monetary policies.

The stock markets in Asia may face volatility but there is a high chance of increased capital inflows into the region, Don said.

Don said he expected that the number of Citibank's Thailand-based clients would grow more than 20 per cent this year, after achieving 20 per cent growth last year.

Don said that Thai investors should consider buying investment-grade bonds and that high-yield funds would be a good option as they could limit investors to individual high-yield bonds.