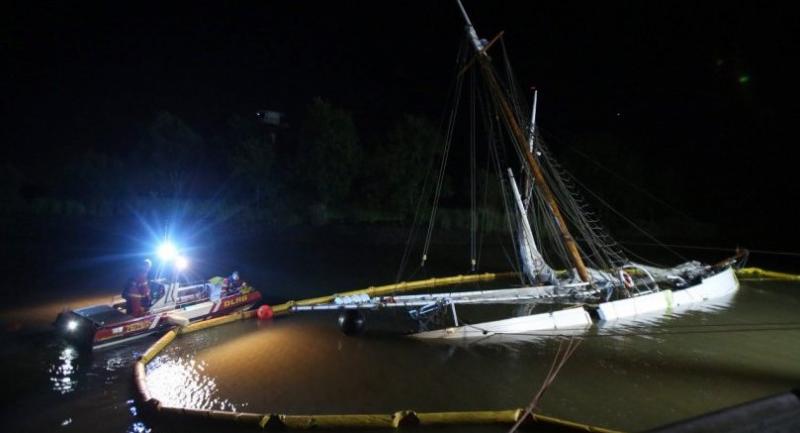 A collision between a vintage sailing ship and a container vessel in Germany injured five people and sunk the wooden ship which had just been restored at a cost of 1.5 million euros ($ 1.7 million), police said.

The 43 passengers and crew aboard the "No 5 Elbe" were rescued after it was in collision with the Cyprus-flagged container ship Astrosprinter on the Elbe River at Stade near Hamburg around 1230 GMT Saturday.

The 37 metre (121 foot) long pilot schooner, built in 1883, was Hamburg's last remaining seagoing ship from the era of wooden ships and could be rented for harbour excursions, media reports said.

The ship had just been renovated over eight months in a Danish shipyard where it received new outer wooden planks and a new stern, the DPA news agency said.